Why “Bonus Culture” Is Killing the Economy 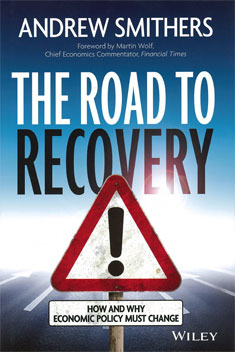 “The world economy is badly managed and thus is doing badly”.

This is the opening sentence in chapter one of Andrew Smithers’ latest book, and it sets the tone for everything else that follows. The analyst/author is not known for his reticence or for mincing words.

He speaks freely and usually finds opportunities for original thought and unconventional expression. Above all, in the words of Martin Wolf, who is chief economics commentator at the Financial Times, “he has an uncanny—indeed downright infuriating—tendency to be right”.

In recent years, Smithers has repeatedly warned of an economic and financial crisis, citing among other factors the extreme threat of the mounting “bonus culture” (his term). Few people have been willing to listen, attached as they are to their own dividends and afraid of seeing them stripped away.

The question is, now that he has been proved right in the wake of so many scandals surrounding executive bonuses, will the business world listen to what he proposes as a remedy?

As the subtitle of his book indicates, Smithers believes that economic policy must change to spur a recovery. He puts forward challenging and provocative arguments about how that might happen.

Specifically, in regard to the issue of the bonus culture and the associated perception of greed, it is crucial to understand how the resulting damage can be undone.

For many people, the suggested cure may appear worse than the sickness, and there is little doubt—to stretch the analogy—that it will be a bitter pill to swallow.

Smithers deals in impressive depth with some very complex issues, but he does so in language that makes his arguments accessible to the layman: you do not need to be an economics graduate or a financial expert to grasp them.

Far from being a heavy academic tome, his book is very readable. For better understanding, it contains almost 130 charts designed to support the ideas the author proposes might pave the way to recovery.

Conservative (small “c”) economists will not like this book. Those with more open minds should find much of it exciting.

Modernist Fiction for the Masses 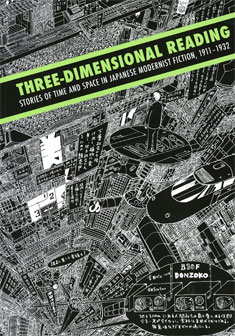 You would think that writing about fiction would be much more straightforward than grappling with economic theory. However, Angela Yiu’s introduction to her fascinating book on Japanese modernist fiction (1911–1932) demands a great deal of the reader, both in terms of patience as much as understanding.

It is, at times, infuriatingly pretentious:

Such self-conscious cleverness soon begins to irritate, especially when it infects the introductions to each of the pieces that follow. This is a great pity because the body of the book—the wonderful translations of the Japanese stories so brilliantly selected—makes for such deeply satisfying reading.

Many of the 14 pieces are presented in English for the first time, while some of the authors represented (for example, Natsume Soseki) are revisited in a most refreshing way.

The title of the book is perhaps confusing for people who are not fluent in the Japanese language. It does not refer to the concept of creating the illusion of a three-dimensional depth on a flat, two-dimensional plane.

Rather, it evokes what in Japanese is referred to as rittai-ha, which we would probably think of in English terms as cubism in an artistic sense.

Underscoring this, the book contains some interesting pieces by the contemporary artist Kyohei Sakaguchi.