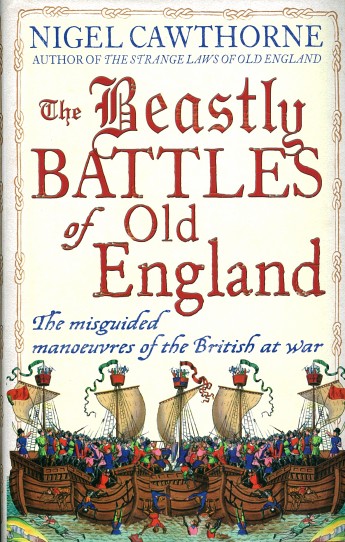 The Beastly Battles of Old England
There is nothing inherently amusing about the idea of battle. Indeed, the very thought of writing a book that seeks to find humour in the fact that men go to war and kill and wound each other is, on the face of it, extremely distasteful. Yet Nigel Cawthorne has managed to come up with a volume of anecdotes that is, if not side-splittingly funny, at least amusing. The Beastly Battles of Old England recounts a number of episodes in which the British at war were seriously misguided in their manoeuvres. The period covered is roughly between the 15th and 19th centuries, so we are well away from offending the brave individuals who today fight our wars.

Here you’ll find armies defeated after sleeping off their hangovers on the battlefield, a regiment that managed to polish off 7,217 gallons of liquor among them (surprisingly, not the one that suffered the hangovers), and the outrageous account of the Duke of Buckingham’s attempts to take Cádiz. Though his fleet was appallingly ill equipped and under-funded, Buckingham insisted on taking with him velvet and satin leisurewear for the evenings, his personal harpist and £50 pounds worth of books. In all, his personal expenditure amounted to some £10,000, a sum that could have equipped and maintained a whole regiment for six months. A 17th century precursor of the parliamentary expenses scandal, perhaps?

Amusing as some of the anecdotes are, as I read on I found myself irritated by the author’s chapter headings: “Ludicrous Leaders”, “Crazy Campaigns”, “Naval Nonsense”. You get the point: alliteration overdrive. But I doubt that anyone would read this book from cover to cover. It’s the kind of volume that sits nicely on the shelf in the lavatory so that you can dip into it whenever you need to pass the time. 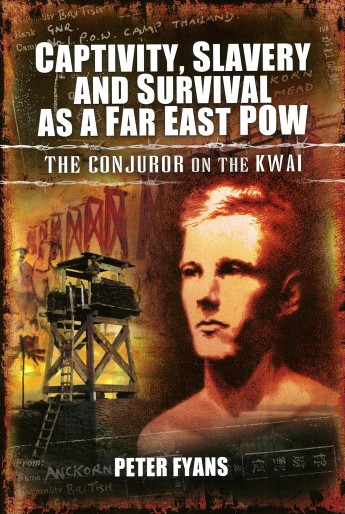 Captivity, Slavery and Survival as a Far East POW
Peter Fyans gives us an altogether different book, which is rather better served by its subtitle, “The Conjuror on the Kwai”. It is the story of an extraordinary individual, Fergus Ancorn who, at the age of 18, became the youngest-ever member of the Magic Circle and who, today, at the age of 93 is its oldest member.

In 1939, like most young men of his generation, Ancorn was called on to serve his country in fighting the unfolding world war. He joined the Royal Artillery as a gunner and ultimately found himself a prisoner of war of the Japanese, spending time working on the infamous Burma- Siam Railway line.

The book is his story, told in the first person but written by Peter Fyans, who had a chance encounter with Fergus Ancorn at something he describes as an “opera dinner”. It was an unconventional beginning to an unconventional book. But then, this is an unconventional story and it is really all about how Ancorn’s skills as a conjuror not only managed to entertain his fellow prisoners, but also distracted the Japanese guards and, to a degree, made conditions for him and his fellow inmates a good deal less dire than they might have been.

Fyans clearly admires his subject, but his ghost writing would have benefited from a stricter and more careful editor. A tighter tale would have made for a much more satisfying read. That said, Fergus Ancorn’s story deserves to be told.