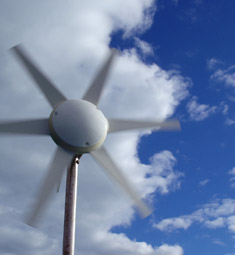 Following Climate Week on 21-27 March, UK Trade & Investment (UKTI) released a major report by The Economist Intelligence Unit on adapting to climate change, as well as the business opportunities and risks involved, the London Press Service reported on 5 April.

The report is based on a global business survey of 705 firms in January and February covering the Middle East, Africa, western Europe, the Asia-Pacific region, North America and Latin America.

It found that climate uncertainty is likely to increase in the decade ahead.

“Organisations such as the UN suggest that tens of billions of dollars will be needed annually in the coming decades to help countries adapt to the realities of a changing climate”, says the report. “Accordingly, this is an apt time to consider the business risks, as well as the commercial opportunities in adapting to a more unpredictable climate”.

Among the key findings was the fact that, although most businesses are aware of the need to respond to climate change, few are yet adjusting.
Urgency is greatest in Asia, perhaps reflecting the risk of earthquakes in Japan, flooding in South-East Asia and other major climate risks. Concern is lowest in North America, most likely reflecting divided opinion over climate-related risks.

But the report says that, while risks abound, many executives see greater opportunity. Adaptation involves both risk management (such as protecting offices and operations, or bolstering supply chains) and opportunity (developing new crop-insurance products, or helping to design more resilient structures).

Seed biotechnologist, engineer, climate modeller and flood planner are some of the careers that are likely to attract interest in the coming decade.