Given the myriad challenges of today, now may seem an inopportune time to talk about Japan’s future.

But could Japan’s current economic crisis — the kind, as we are often reminded, that appears only once a century — also be an opportunity to set the country on a new course? 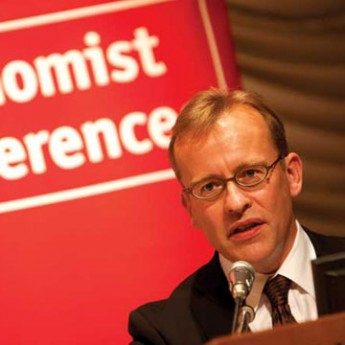 In an attempt to answer that question, Economist Conferences brought together politicians, business leaders, analysts, academics and journalists at the 9th Business Roundtable with the Government of Japan at the Imperial Hotel in Tokyo on 7 December, 2009.

Motohisa Furukawa, senior vice- minister for economic and fiscal policy in the Democratic Party of Japan (DPJ) government, left his audience in little doubt about the scale of the tasks facing Japan. 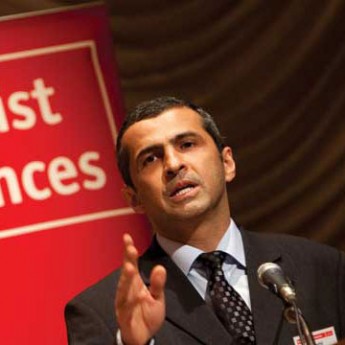 The recession had exposed the vulnerability of aspects of globalisation and Japan’s part in it, he said, and created public anxiety over pensions, unemployment and healthcare.

While the state recalibrates its welfare role at home, Japan’s economic hopes rest on deeper involvement in the wider Asian market, he said.

Furukawa envisaged a future built on an energy revolution that would reduce Japan’s dependence on fossil fuels and generate new green technologies and create jobs. 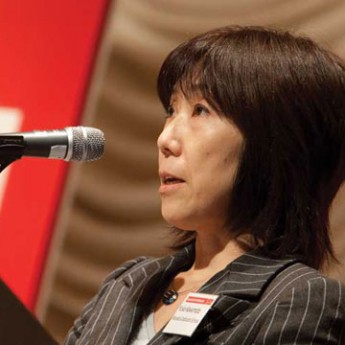 But, he warned, the whole process would fail unless it was accompanied by a fundamental change in decision-making. “To that end we are working day and night to ensure that crucial decisions are made differently than in the past”, he said. “Those powers are being taken away from the bureaucracy and being given back to the people. 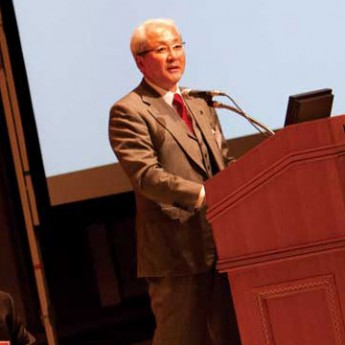 “The Japanese are thought of as conservative, but once change has come they are able to change their way of thinking. Look at the transformation from the Edo Period to the Meiji Restoration. I think that we are now in the midst of a Heisei Restoration”.

Teruhiko Mashiko, senior vice- minister of economy, trade and industry, talked of the crisis as an opportunity to add value to Japan’s reputation as a leader in technology. 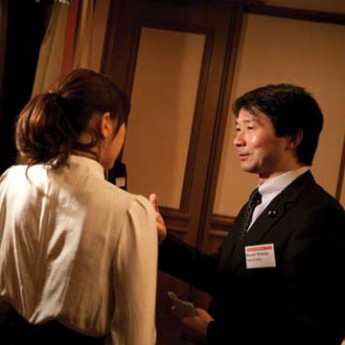 “There are still areas [of manufacturing] in which we are superior, and we should hold on to those”, he said. “At the same time, we should consider how to promote innovation, increase domestic demand, and give people more disposable income”.

Yoichi Funabashi, editor-in-chief of the Asahi Shimbun, urged the government to flesh out its vision of a green economy and membership of a new East Asian community with specific policies. 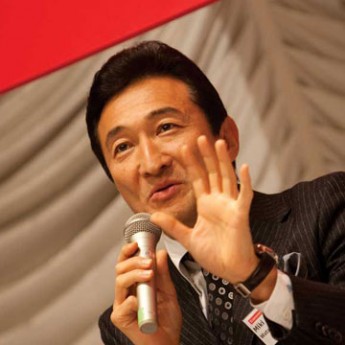 While Japan should maintain its alliance with the US, he said the time had come to define Japan’s role in the Asian economy. “The rest of Asia is expecting Japan to play a leadership role”.

As the world turns its attention to China and India, it is easy to forget that Japan still matters, said Henry Tricks, Tokyo bureau chief of The Economist.

He said Japan should decide whether “to drive Asia or take the role of an elderly aunt who is only relevant when asked to open the cheque book”.

Tricks called on Japan to build on its success as an exporter, recognise the central importance of the US, and open itself up to capital and skilled foreign labour.

If the postwar years were geared solely towards growth, the future will require a new way of gauging economic and social well-being. Faced with population decline, should Japan be more modest in its growth ambitions and accept that material wealth is no longer the only determinant of social status?

Yoshihiko Noda, senior vice- minister of finance, made the case for “sustainable growth” driven by demand in the private sector, with more resources directed at the environment and families.

He acknowledged concerns about Japan’s ballooning public debt, but added: “Fiscally it is tight, and we don’t want to pass on the burden to the next generation. In that sense, yes, absolutely we want to pursue growth”.

Growth will also be driven by a new IT — intelligent technology — said Toru Yamashita, president of NTT Data.

Citing emerging markets in green technology and other value-added products, Yamashita said: “Whether it be for cars or robots, intelligent software is the key to Japan becoming internationally competitive in the future”.

Prof. Yuko Kawamoto, of Waseda University’s graduate school, was more emphatic about growth, but said that it could only be achieved with more support for working mothers. “Any measures that encourage work will also increase hope”, she said, adding that improvements for women in the workplace must be matched by more immigration.

A successful shift towards a new economic model will fail without the support of unions, business groups, government and the bureaucracy. And uniting those disparate interests will, in turn, require strong political leadership.

Nobuaki Koga, president of the Japanese trade union confederation, called on the government to recognise that Japan is an “employment-based” society. As such, the primary responsibility should be job creation to avoid a return to the “ice age” that blighted job-seeking graduates in the 1990s.

He said he hoped to see a Big Conversation that would determine how Japan can continue to compete internationally and what kind of safety net will be put in place for vulnerable workers.

Yet Japan risks missing out on technological innovation without more investment in education and training, and R&D. Several speakers voiced concern that government investment in R&D is at levels far below those in the US and China. Private firms, now shackled by additional funding constraints, are no longer able to shoulder the investment burden.

Masaharu Nakagawa, senior vice-minister of education, culture, sports, science and technology, said that universities, ministries and companies should agree on an R&D framework that mitigates the risk inherent in new ventures.

He said it was the government’s job “to find ways to minimise risk and encourage the private sector to invest. We want a Japanese-style funding strategy that works over the long run”.

The day ended on a sobering note, with speakers lining up to decry the lack of entrepreneurial spirit, on which Japan will depend if it is to compete with emerging and established economic powers.

While the postwar years were characterised by rapid generational change, innovation and energy, Japan was now moving in the “opposite direction”, warned Hiroshi Mikitani, chief executive officer of Rakuten.

Mikitani said the DPJ had not made IT a central pillar of its election campaign “because there are no votes in IT”.

The dearth of emerging talent was, he said, a symptom of Japan’s dismal record in English-language education and the suppression of the pioneer spirit that began with the arrest, in 2006, of the internet mogul Takafumi Horie.

But the next stage of the IT revolution would falter, he said, unless the men and women at its apex were better remunerated. “I am not suggesting that money is everything, but most top managers in Japan tend to be salarymen”, he said.

“We need to find more people who instinctively know how to make money, and pay them accordingly. But there are very few people like that in Japan at the moment”.