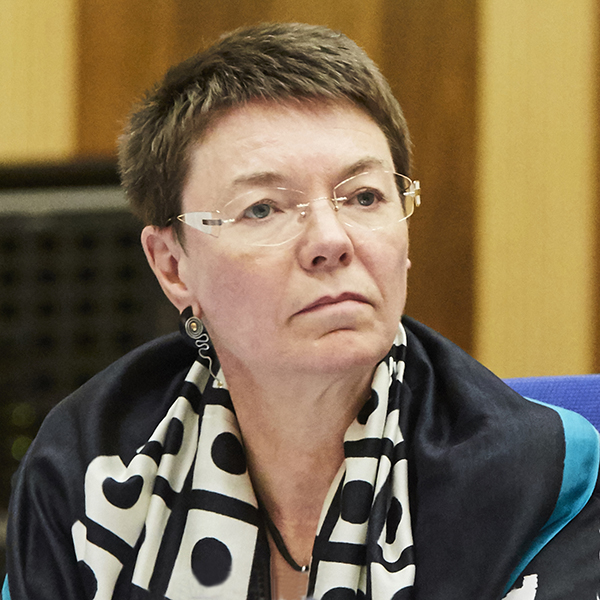 All the protagonists—the European Union, the UK and Japan—would feel the nega­tive effects of a hard Brexit and the EU is doing everything in its power to ensure that Britain’s departure from the union is as amicable and tranquil as possible, said Patricia Flor, the EU’s ambassador to Japan, at the Foreign Corre­spondents’ Club of Japan in December.

But, should the worst-case scenario come to pass, she added, Europe is prepared. “Let me say that, for the European Union and for me personally, many of us regret that the UK opted to leave.

“However, we accept that this was a democratic and sovereign choice by the British people and, of course, that means we respect this decision.

“Ever since [the referendum], the efforts of the EU have been aimed at ensuring that this exit happens in an orderly fashion, that we can safeguard the rights of citizens and that we can find a good transition method for businesses,” she said. “[Also] that we can ensure that there is certainty about how the future will develop and, lastly but very importantly for the EU, that we can protect the single market and our own cohesion and unity in the process”.

One large component of that, Flor said, is the question of the border between the Republic of Ireland and Northern Ireland, one of the most controversial and intractable issues that has held up Britain’s withdrawal from the EU.

The new date agreed for Britain’s withdrawal has been set for 31 January, 2020. Given the results of the 12 December election—in which Prime Minister Boris Johnson won a landslide majority—it appears that Brexit will finally happen on this date.

German-born Flor, who served as the EU’s special representative for Central Asia and as German Ambassador to Georgia before being appointed the EU’s Ambassador to Japan in November 2018, insisted that the EU is committed to an orderly Brexit.

“On top of that, the EU ambition and objective has always been that we should then construct a very strong future relationship between the United Kingdom and the European Union, because the UK may leave the EU but they won’t leave Europe,” she said. “They are our neighbours. There are many connections—families, mixed marriages, companies, universities—so none of that will really change”.

Since being posted to Japan, Flor admitted, she has fielded many questions from Japanese corpora­tions and businesspeople about the effect and implications of Brexit on their interests in Europe.

“I am quite aware that Brexit has weighed heavily on the minds of Japanese companies because the UK has been a traditional point of entry for the EU market as a whole. So, this is an area where Japan and the EU have been like-minded,” she said.

“Prime Minister [Shinzo] Abe has also called for an orderly Brexit and for some insurance about how the future economic and business relationship will develop. We have the same interests, and this is a very important topic for the Japanese economy as a whole”.

Flor pointed out that the EU—including, for the time being, the UK—recently signed the world’s largest free trade agreement. The Japan-EU Economic Partnership Agreement (EPA), which came into force on 1 February, 2019, accounts for nearly 30% of the world’s gross domestic product and 40% of global trade. Questions linger, however, over how Japanese companies which have production facilities in the UK, such as Nissan Motor Co. Ltd., will fare after Britain’s departure from the bloc.

“The EPA currently applies to the UK, and it will continue to apply as long as the UK is a member state,” she said, adding that, under the terms of the withdrawal agreement, the same procedures would be in place for a certain period of time to ensure continuity.

“But everything beyond that depends on the outcome of negotiations between, first, the EU and the UK about future relationships, meaning the question of would the UK still be part of the single market, or would it be a customs union or whatever,” she said.

“But then, secondly, it totally depends on what kind of trade agreement the UK might then want to negotiate with Japan, and how Japan would then do these kind of negotiations. As you can see, there are a lot of variables and, therefore, it’s not possible to now predict how this will turn out.

“The only thing that I would say is that if we do have the hard Brexit scenario, that would mean that, on the first day once the UK has left the EU, the economic partnership agreement—with all of its benefits—would immediately cease to apply to the UK, which is why it is not a very attractive scenario”.

The EU has done what it can to soften the impact of Brexit, she said, but warned “it will still be painful”.