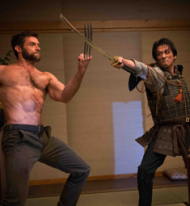 The Wolverine, planned for release here on 13 September, is set in modern-day Japan.

Hunger Breaks has teamed up with Twentieth Century Fox Film Corporation for a competition that offers the chance to win a samurai experience in Tokyo, Talking Retail reported on 18 July.

The food manufacturer will feature the promotion on over 700,000 packs of Hunger Breaks Hot Pots and bean meals.

The competition is running in conjunction with the release of The Wolverine film, which was released in the UK on 25 July.

The winner will receive five nights in a four-star hotel in Tokyo, a Shinkansen excursion to Mount Fuji, dinner for two at a ninja restaurant, as well as an action-packed samurai experience in Tokyo, which includes a demonstration of Japanese sword fighting and the chance to try on authentic samurai armour.

The promotion is part of a wider investment plan for the Hunger Breaks brand that has expanded its product range by adding to its variety of bean meals.