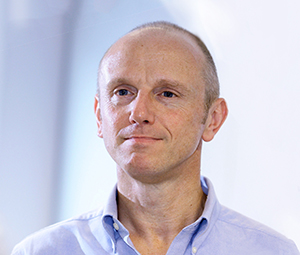 The UK and Japan are developing new synergies in the area of rare diseases. That is according to delegates from the British Embassy Tokyo, GlaxoSmithKline K.K. and JCR Pharmaceuticals Co., Ltd. who spoke at a seminar about innovation in the field on 30 March.

“We see Japan as an absolutely critical place to help develop, commercialise and make these therapies available to patients to really make a difference [in their lives]”, added Sven Kili, vice-president and head of gene therapy development at GSK.

The seminar was part of a series of events conducted under the UK government’s Innovation is GREAT campaign. Over the last year, the campaign has promoted partnership between the UK and Japan across a range of technologies and sectors including healthcare, Big Data, robotics and space.

Delivering the opening address, Julia Longbottom, deputy head of mission at the embassy, said the UK has a strong reputation in the healthcare and life science sectors, with GSK being an established global player.

Giving an outline of GSK’s work in rare diseases and gene therapy, Andrews explained the challenges in the field. First is a lack of awareness. “The world of rare diseases is somewhat mysterious”, he said. “The chances are that you don’t know anyone who suffers from a rare disease”.

There are between 7,000 and 8,000 rare conditions such as blood disorders and immune deficiencies. But their rarity often leads to misunderstanding, resulting in sufferers enduring issues ranging from isolation and loneliness to misdiagnosis.

Second is the burden on services and carers. Affecting 10% of the global population, rare diseases place a significant stress on healthcare services, not to mention the patients and their families. Most of the diseases affect children, with around one-third of those diagnosed not seeing their fifth birthday.

Third, limited treatment exists for rare diseases. Many are genetically inherited and only around 5% have a known treatment.

Andrews said there is a lack of published data in the field, and a need for cross-border medical registration programmes and other forms of standardised practices that can aid clinical trials and research. But, while expertise for such trials exists, the facilities in which to conduct a particular study may not.

International collaboration is, therefore, of critical importance. To this end, GSK has developed robust and innovative strategies to find solutions, Andrews said. The firm, for example, has 30 discovery units that focus on specific disease areas, some of which are rare.

GSK also works in collaboration with academia and businesses, the latter including that with biotech firm JCR.

When the partnership began in 2009, it came as “a big surprise for the pharmaceutical industry, that a big global company like GSK would partner with a small, hardly visible company like JCR”, according to Takayo Egawa, corporate officer at JCR.

It has enabled the firm to take “the first step in globalisation, opening the door to the world”, she added.

Since 2014, GSK and JCR have had a research collaboration focusing on modified enzyme technology—which affects the central nervous system—to pass through the blood–brain barrier in replacement therapy for metabolic disorders.