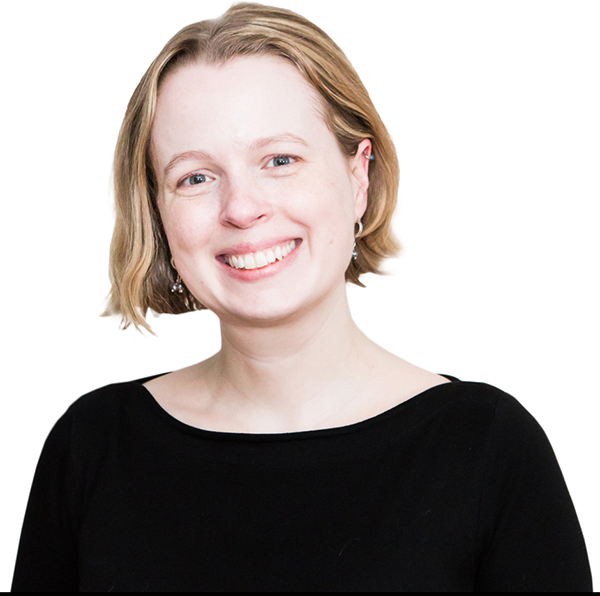 As a theoretical astrophysicist specialising in the formation of stars and planets, University of Oxford graduate Dr Elizabeth Tasker brings British science to Japan. An associate professor at the Japan Aerospace Exploration Agency (JAXA), Institute of Space and Astronautical Sciences, she works with Japanese scientists to explore our solar system and worlds beyond.

Tasker has given public talks at the Royal Institute in London, European AstroFest, the Perimeter Institute in Waterloo, TEDxHokkaidoU and ELSI Origins, and her articles have been published by a wide range of magazines and news sites, including Scientific American, Astronomy Magazine, Nautilus, space.com, The Conversation and ROOM, the space journal of Asgardia. Her book The Planet Factory: Exoplanets and the Search for a Second Earth was published in 2017 by Bloomsbury Sigma.

ACUMEN spoke with Tasker to learn more about her fascinating field and what it is like to work, as a Brit, in Japan’s national space agency.

Wow, a rocket scientist! In lay terms, what do you do?

I have to confess that I do not have nearly enough practical skills to be an actual rocket scientist. My research is in theoretical astrophysics. This mouthful is a fantastic conversation stopper when I am talking to people on aeroplanes, but actually means I use computers to model how stars and planets form.

For example, my graduate student has been exploring how young planets might change their orbit shortly after formation. Planets are born in discs of dust and gas that surround newly formed stars. Eventually, this disc dissipates to leave the planets orbiting the star, like in our own solar system today. But, before it disappears, the gas can drag on the planets and change their positions.

Astrophysicists believe this motion is responsible for gas giants, similar to Jupiter, that have been discovered orbiting very close to their star. We have been using computer simulations to model how fast this gas drag can move the planet.

What’s it like working at JAXA, as a woman and foreigner? Is the industry hard to enter anywhere?

As with any research career, the training can be very long. To take a faculty position (e.g., assistant, associate or full professor) at a university or research institute such as JAXA, you need to have your PhD and then do several short-term (normally one to three years each) postdoctoral positions where you gain experience with research in different groups.

As a Brit working in Japan, I obviously have the added challenge of language. I remain embarrass­ingly dreadful at Japanese. This is not a problem for my actual job, as researchers around the world all publish in English journals to share their work globally. But it does make it more difficult to attend meetings and talks, where the preferred language is Japanese. On the other hand, part of my position at JAXA is to help with the global science communi­cation. Being a native English speaker with a strong interest in communication does allow me to bring rarer skills to the table than in a US or European institute.

Although it is true that Japan struggles with gender equality, I have never had any issues myself. 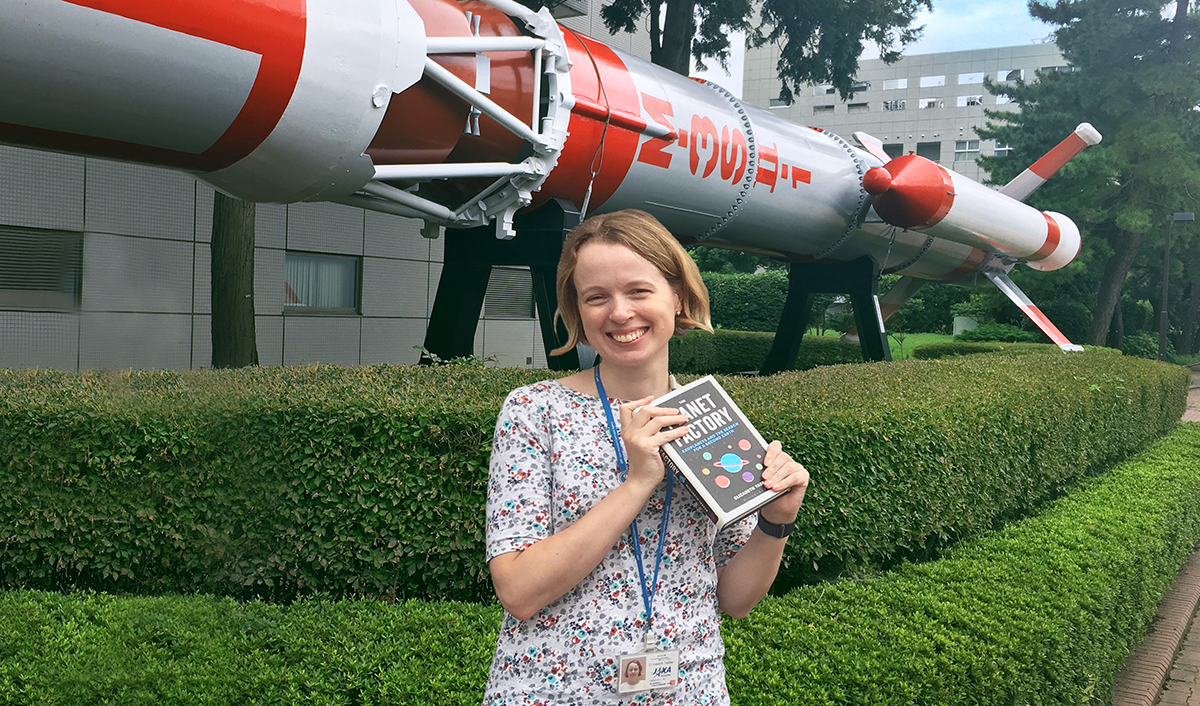 What’s a typical day for you?

It’s definitely a desk job as I am glued to my computer; adequately prepared for by a child­hood of computer games. But the tasks vary quite considerably. If I am working on research, I may be programming or rotating a graph by 180 degrees to see if it makes more sense upside down. Or, I might be writing a research paper or preparing a presentation.

Alternatively, one of the JAXA missions might have an important update. Those days, I help with the Japanese translation. Although my language abilities are still weak, I can use tools such as Google Translate to ensure I understand the overall meaning. I then can rewrite this to produce an article or press conference material to share what we have discovered. This process is also sometimes reversed, and I talk to the researchers directly to make the first article in English that my colleagues then translate into Japanese.

For space missions—or, really, science in general—I think it is very important that the results are shared in both Japanese and English. JAXA has many international partners and the discoveries are important to all of us. For example, the Hayabusa2 asteroid explorer, which is returning to Earth in December, has collected a sample from an asteroid that may reveal details of how the Earth became habitable. Everyone should be able to share in that discovery!

You write books, appear on panels and make speeches about space and astrophysics, don’t you?

I really enjoy writing and science communication. It is not possible to specialise in everything once we leave school, but that shouldn’t mean that we have to give up being interested in other subjects.

The field of planet formation and exoplanets is particularly exciting right now. It has only been 30 years since we found the first planets outside our solar system, and now we’re building telescopes to probe what their surfaces might be like—and even if they could harbour life. That’s an incredible journey. In my opinion, it’s the journey of our genera­tion to discover how many diverse rocky planets like the Earth might be in our galaxy. No one should miss out on a second of it.

Do you enjoy Star Trek, Doctor Who and The Hitchhiker’s Guide to the Galaxy?

I’m currently through a huge marathon of Star Trek: Voyager, having recently finished Star Trek: Deep Space Nine! The cat and I are glued to several episodes each night while eating dinner. Has anyone else noticed that the most dangerous weapon onboard these vessels is the holodeck?

I also enjoy Doctor Who and The Hitchhiker’s Guide, although I hate to break it to you, fellow Brits: the Japanese may be even better than us at queuing.

What do you do to relax?

Despite my previous comment about the dangers of holodecks, I do have a virtual reality (VR) headset that I love! I use VR fitness programmes when on my exercise bike—it’s far more fun when your bike is turned into a steampunk pedal-powered spaceship and drives through a colony around Saturn—and I also play VR games. I even attended Tokyo Halloween celebrations in VR this year, as the city had made a virtual recreation of Shibuya—one of the main areas where people gather for Halloween—to protect people from the spread of Covid-19. I also play tennis, in real life, and enjoy watching animé.

Who is your space/science/astrophysics hero?

It would be hard to pick out a single person, but I really admire science journalists such as Ed Yong, a fellow Brit who has written outstanding articles on the Covid-19 pandemic. A couple of years ago, I also met—please excuse the big name drop coming up—Brian May at the European AstroFest in London. Although May is incredibly famous for music, he has so much passion for science communication and developing stereoscopic images that allow you to see places such as the Moon or asteroids in three dimensions. He is also a truly nice person!

Will we ever find life in space?

No. Okay, I don’t truly believe that. But, for me, jumping to the true-or-false discovery of life misses everything we’re going to find out in between.

Identifying life on another planet is going to be immensely difficult. Even with future telescopes, we will be detecting gases in a planet’s atmos­phere and trying to decide if they could be formed abiotically (i.e., without life) or not. Since no planet will be exactly like the Earth, it’s going to be tough to rule out what different planetary geologies could produce.

But this hunt will involve examining planets very different from our own, and detecting environments likely far more alien than what we have seen in science fiction. I think that is going to be amazing. After all, when it comes to the Earth, Monty Python would say, “We’ve already got one”.

What is the holy grail for you in your career?

I would really like to understand why Venus is so different from the Earth. The two planets are almost the same size, yet surface temperatures on Venus can melt lead. The planet is closer to the Sun, but not so much closer that this can be easily explained. I believe that if we really want to seek out habitable planets around other stars, we need to first understand why the two Earth-sized planets in our solar system are so different.

I think to uncover this, we need to return to Venus. Currently, JAXA’s Akatsuki is the only spacecraft orbiting Venus. Akatsuki is exploring the crazy climate that occurs on Venus due to its thick carbon-dioxide atmosphere. But we also need to brave the surface and find out what is going on within the planet itself. I would like to be involved in such missions, either as a scientist or as a communicator, to share the results that could explain our place in the universe.