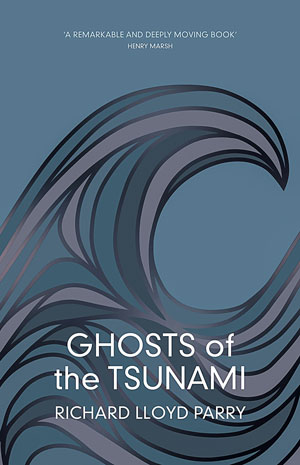 No one who was in Japan on 11 March 2011 will easily forget when the ground began to shake and began to do so violently. This was unlike other earthquakes in terms of intensity. But what happened afterwards was even more extraordinary.

There were two catastrophes to strike north-east Japan. Reactors at the Fukushima Daiichi Nuclear Power Plant melted down, following the failure of their cooling systems.

“Explosions in three of the reactors scattered radioactive fallout across the countryside. More than 200,000 people fled their homes. The earthquake and tsunami had an immediate effect on human life. By the time the sea had retreated, more than 18,500 people had been crushed, burned to death or drowned. It was the greatest single loss of life in Japan since the atomic bombing of Nagasaki in 1945”.

This is how Richard Lloyd Parry, a Tokyo-based British writer, chooses to introduce his magnificent account of The Great East Japan Earthquake and Tsunami. Lloyd Parry—Asia editor for The Times—is a writer of significant power, as he has demonstrated in his previous books, for example People Who Eat Darkness on the Lucie Blackman case.

Lloyd Parry makes his case immediately: “Of all the people I encountered in Tohoku, none made a stronger impression than Taiyo Kaneta. It was not his Buddhism that interested me the most—the fact of his being a priest often seemed incidental to who he was; no more than a detail of personality. He was a natural teller of stories, a man of learning and intellectual honesty”.

In Buddhism, the 49th day after death marks the time when the departed soul enters the afterlife. “Kaneta gathered a group of fellow priests, Shinto and Buddhist as well as a Protestant pastor to perform a ritual march into the town of Shizugawa, a town almost completely obliterated”.

Lloyd Parry is as usual meticulous in his detail and is most easy to read. His descriptions of the earthquake and the aftermath make for very clear pictures of what were traumatizing events: You feel that you were there.