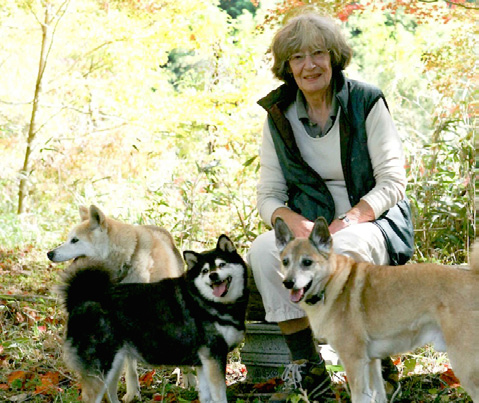 Life has been particularly hard for the pets of the Tohoku region abandoned since 11 March, according to Elizabeth Oliver who founded Animal Refuge Kansai (ARK) in 1990.

Every animal that is admitted to ARK undergoes a health check and blood test, is vaccinated and neutered, and is even operated on if necessary. All dogs have a microchip implanted, are given a rabies shot, and are registered with local authorities. The aim, in all cases, is to find the pet a new home.

That ambition has been sorely tested, however, with the influx of pets since 11 March.

The catalyst for ARK’s sudden growth came in 1995, with the Great Hanshin Earthquake. “In one year, we took in 600 animals and our facilities expanded threefold: more animals, staff, facilities and volunteers”, said Oliver, aged 70. “After that, we could not return to the small organisation—run by friends and volunteers—that we once had been”.

Oliver, from Weston-Super-Mare, and many of ARK’s 30 staff have visited the Tohoku region on several occasions, focusing their efforts on the 20-km exclusion zone imposed around the Fukushima Dai-Ichi Nuclear Plant. Nearly 200 animals were taken in at ARK’s headquarters in Kansai and its branch office in Tokyo.

Some animals have been reunited with their owners, some remain at ARK and others are with temporary foster families as far away as Fukuoka. From October, any animal that does not have an owner to claim it will be put up for adoption.

“The whole situation for pets and farm animals after the disaster has been a shambles, with many dying of dehydration or starvation, while there is also cannibalism”, she said. “The government has done nothing for them.

“Many dogs and cats left in the 20-km zone are very wary and nervous, making them difficult to catch”, she added. “Their progeny will be feral since they will never have had human contact.

“There were originally 5,800 registered dogs in the area, which means triple that number since most owners don’t register them”, she pointed out. “This is a second disaster in the making”.

Underlining the scale of the problem, Oliver says that all the dogs they have rescued are suffering from heartworm, none are neutered or micro-chipped and “the majority have never seen a brush in their lives”.

In the six months after 11 March, the ARK veterinarian single-handedly neutered 638 animals, many on-site in the affected areas.

ARK is mainly funded by individual donations or people who buy ARK goods through its website. In part this is because the tax system does not favour firms that donate to animal charities.

And getting funding is critical if ARK is to push ahead with its plans to build a new facility at Sasayama, Hyogo Prefecture. The site 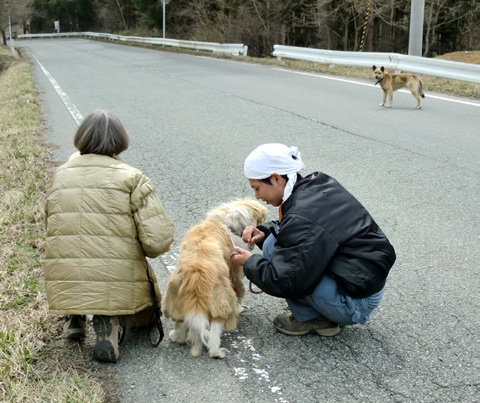 Safe and Sound were rescued near Minami Soma in Fukushima and are being fostered in Osaka by a family who want to adopt them.

covers 7,000 tsubo of flat land and will comprise a warehouse, training and education centre, staff facilities, kennels and cattery, as well as DogLand, an open space where pet owners will be able to bring their animals and for events. The second phase of the project envisages a main building, isolation facility and residence for the staff.

In February, a start was made on the groundwork—including levelling the land, installing a drainage system, as well as building a retaining wall and fence around the entire site. That was finished by June, but a great deal remains to be done.

“In Japan, most homeless, abandoned and unwanted animals are treated like garbage with 300,000 cats and dogs being killed annually in gas chambers by local authorities”, said Oliver. “But recently, some local authorities have begun to consider ways of reducing the numbers of animals killed and a more humane way of handling them. So, in a sense, the timing is right to set up a model animal welfare facility and, through it, to lead by example”.

“I don’t think the Japanese are especially cruel to animals, since cruelty as such exists in all countries. I believe abuse and cruelty here are mainly due to ignorance”, she said.