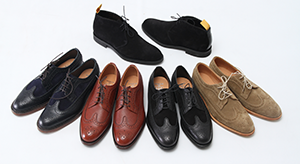 Dapper or done up to the nines, Brits can be a stylish lot. With a modern fashion scene that encompasses names such as Vivienne Westwood, Stella McCartney, Paul Smith, Anya Hindmarch, Zandra Rhodes and countless others, the UK is brimming with talent that puts British couture on the A List.

UK designers have long been popular in Japan, and the quality of items on display during the Fashion and Lifestyle Trade Mission, organised by UK Trade & Investment (UKTI)—the business arm of the British Embassy Tokyo—in November 2015, went a long way to cementing that reputation.

“All our shoes are handmade in Northampton, the centre of luxury shoe-making for centuries, and that gives us massive cachet in a market like Japan, where they really know what quality looks like”, Miguel de Almeida, founder of Marcus De, told BCCJ ACUMEN.

“If you want to succeed here, the quality and the provenance has to be right”, said de Almeida, who set up the business in 2013. His family coat of arms, which dates back to 1197, is proudly embossed within each shoe. It is this attention to detail and heritage that the Japanese love, he added. 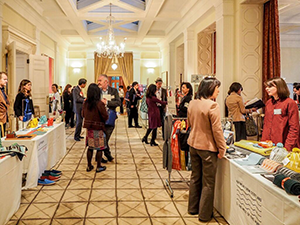 The Fashion and Lifestyle Mission was held at the British Embassy Tokyo.

According to de Almeida, it also helps that actor Benedict Cumberbatch CBE is a fan. He was spotted in a pair of de Almeida’s creations at the Burberry show during London Fashion Week in December 2015.

The Japanese market is, nevertheless, “different and difficult”, de Almeida said. “Communication can be a challenge, and I have quickly learned that success here is going to depend heavily on building up a relationship that is based on trust.

“That is going to take a long time, I accept, but I would much prefer to build for a long-term presence in this—and any other overseas—market”, added de Almeida, who was taking part in the trade mission for a second year. He met a number of contacts made during his previous visit, and arranged a series of follow-up meetings with potential partners after the mission had concluded.

“I’m very keen to gain a better understanding of the top end of the market here so I can best position my brand and make sure I get it right”, he added.

While de Almeida was making a return visit, Nicolai Schumann was testing the waters in person for the first time. But with designs by Alice’s Pig already a hit among Japanese consumers in terms of online sales, Schumann expressed confidence that his firm will build on its growing reputation.

“Japanese women really like our designs—we know that from the inquiries and orders we have received via our online store—so we really want to get a better understanding of consumers in this market and to build relationships with Japanese retailers”, said Schumann, director and co-founder of the London-based firm. 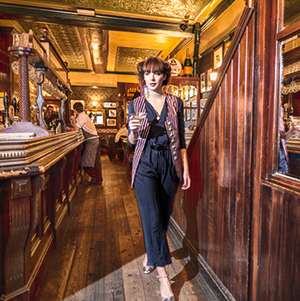 “The name is a reminder that colliding styles and cultures can produce something interesting, and that there can be beauty and surprise in anything, even in a pig”.

A procession of buyers were stopping by Schumann’s display, quizzing him, in particular, about the designs.

“We believe that the secret to making these items a success is only producing clothing that we wear ourselves”, he said. “We always design, sew and hand-pick the best fabrics to use in our collections.

“We believe that will resonate with Japanese consumers, but the important thing is to get that message across to sufficient people”, he added. “That is why we would be very keen to have a Japanese partner”.

In total, 30 firms took part in the mission at the British Embassy Tokyo, including those from the fashion, lifestyle and beauty sectors, said Jim Pickles, senior international trade advisor for UKTI in London.

“British fashion companies have an excellent reputation here—think of Burberry and Aquascutum, to name just a couple—and I think Japanese consumers see there are many cultural similarities between the UK and Japan”, Pickles said. “The music scene is one that is admired and followed by the Japanese, and something like fashion is a direct extension of that”.

UKTI used the event to introduce newcomers to the market—the third largest in the world with annual value of about ¥1.8trn—and key buyers in Japan. The country has become the UK’s third most important market for fashion, after the European Union and the US. And, with more than 230 department stores, 500 fashion chains and countless independent shops across the country, it is a tempting and potentially lucrative destination, according to Pickles.

“It is a huge market, but it can be difficult to get that initial foot in the door, and building the really important relationships can take a long time”, he said. “Buyers here need to have faith in the product they are buying, to know that the company they are buying from is going to provide them with the sort of quality that the market here demands, and that they will stick around for the long haul”.

One of the people making an initial foray into the Japanese market was County Antrim-born Gillian Arnold. Now based in County Durham, Arnold is a designer of homeware, jewellery, ceramics and art. Speaking to BCCJ ACUMEN, she said she had been “deeply impressed” by Tokyo and the obvious appreciation that Japanese consumers have for high-quality home furnishings and decorations. 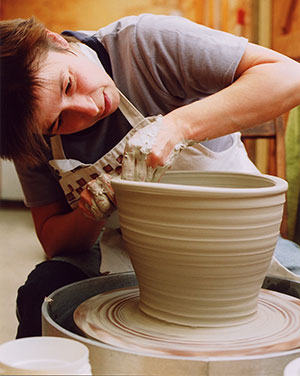 Linda Bloomfield is a solo potter.

Also in the homeware sector is Linda Bloomfield, who produces hand-made porcelain and tableware under her name. She was delighted at the interest in her creations, but confessed she was perhaps benefitting from a recent article about her work in one of Japan’s prominent interior and design magazines.

“It seems a little coals-to-Newcastle to me because the Japanese make such wonderful and lovely ceramics, but there are enough differences between what I do and what is already available here to make my work interesting to consumers”, she said.
The magazine article elevated her profile so much that a Japanese shop ordered some 90 cake stands—a large amount for a solo potter to create, and an order that took three months to complete.

“Japan might take a long time to crack as a market because of the need to build trust and relationships, but if you have a good distributor and are able to communicate your plans then it can also be a very rewarding one”, Bloomfield added.