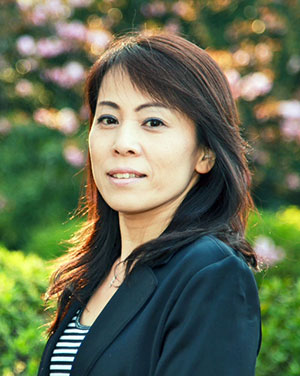 With the Shine! On Kids event of the year approaching, Cambridge-educated Miho Neely is bringing an array of skills to her new role as general manager of the children’s cancer charity.

A former television producer and coordinator, whose employers include NHK BS and the Disney Channel, Neely has covered political turmoil in Indonesia, the UK’s handover of Hong Kong to China in 1997, and the Troubles in Northern Ireland.

“It’s very hectic to run a non-profit organisation because we have a small amount of labour”, Neely told BCCJ ACUMEN. “But since I have experienced covering those big events, I don’t really get knocked out by some of the issues I come across here. If there is trouble or a problem, I just solve it”.

Neely got involved in Shine! On Kids for personal reasons. Her son was hospitalised for two weeks when he was two months old. Now aged six, he is fit and well. But Neely, having had that experience, wants to help others facing a similar situation.

“It is very important that at the first moment kids are told they have cancer, they receive not only medical treatment but also psychological care—with their families”, she said. “Our two programmes are very original and cutting-edge in this field”.

Pulling out a box of bright, colourful beads, Neely explains Beads of Courage®, a programme provided solely by Shine! On Kids in Japan. Each bead corresponds to a cancer treatment, from receiving medicine to radiation therapy, and is given, on its completion, by a trained bead ambassador. Children then create a chain that represents milestones they have achieved. Not only has it been shown to reduce distress and promote coping, but it also restores a sense of self.

“It’s a tool to explain the story of their journey”, said Neely. “Because kids can understand what is going on, they can see they are not just sick, they are fighting something and can conquer it”. 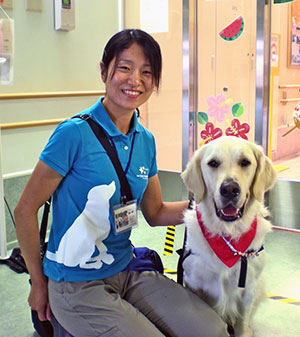 Helping to bring relief are Golden Retriever Bailey and his handler Yuko Morita. Part of the charity’s facility dog programme, Japan’s first full-time animal-assisted therapy, the pair provide love and companionship to children and their families.

“Unfortunately, psycho-social support in children’s hospitals in Japan is not yet as developed as in the US and Europe”, said Neely. “But we are aiming to change that”.

Neely is, therefore, working hard on the charity’s Extravaganza in the Emerald City event to be held on 26 September at the Tokyo American Club.

“Last year we raised ¥24mn on the night. This time, we want to raise ¥30mn”, she said. “Since we have had success with a lot of foreign companies, we want to continue the relationship with them, but also influence the Japanese community”.

With a Wizard of Oz theme, the gala is to have a focus on entertainment, including singers, games and a special menu. Central, however, are the patients who are being helped by the programmes.

“This year, for the first time, one patient, a 14-year-old girl, is giving a speech in English”, said Neely. “It’s a great challenge for her but she really wants to convey her feelings and thank everyone. That alone is giving me tears”, she added.

For more details about the event and tickets, visit
www.sokids.org
or email
event@sokids.org