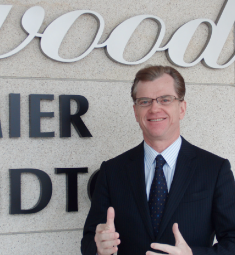 “Since October last year, we have had an occupancy rate of 83–88% in our seven properties”, Martin Fluck, general manager and country manager of Oakwood in Japan, told BCCJ ACUMEN.

Oakwood was founded in 1960, and is the largest global provider of corporate and temporary housing and serviced apartments.

Established 12 years ago in Japan, the firm boasts seven properties so far in Tokyo, and has plans for a mid-2015 property opening in Chiyoda-ku.

“The percentage has actually increased over the past few years. Not dramatically, but it’s been a steady increase, meaning that the Japanese are more aware of our brand,” he added.

Unlike non-Japanese, who stay for a maximum of one or two years, Japanese guests have a long-term presence.

Immediately after last year’s triple disaster, the firm experienced a drop of about 25% in occupancy rates across the board, but had returned to near-usual levels just four months later.

Fluck credits the stability of the serviced apartment industry to the fact that serviced apartments are a pre-paid business on a monthly basis. Although a few guests left the country for a week or two immediately following the disaster, they were still holding their apartment and most soon returned.

Oakwood, however, did face the challenge of acquiring new bookings.

“We didn’t have new clients coming in because everyone was concerned about the radiation and Fukushima. People didn’t know what was happening,” he said.

Another challenge the firm faced was a shift in the needs of their clientele.

“CEOs or managing directors who had a two- or three-bedroom apartment before the earthquake, sent their families home, and then only needed a one-bedroom apartment”, explained Eiichi Ishimaru, director of sales and marketing.

This resulted in a drop in the occupancy rate of larger apartments.

After the earthquake, non-Japanese were less willing to commit to living in Tokyo for long periods of time and stayed for only three to six months.

Now, over one year since the disaster, the firm is starting to see increasingly more guests staying on a long-term basis and families returning.

“Ours is a monthly rate, so even if guests are only going to stay for three months in a serviced apartment, it is likely to be a better choice than staying at a hotel for such an extended period”, Ishimaru said.

Another change over the past year is the guest profile. Firms are sending managers or directors to Japan, instead of managing directors, to see how the country is adjusting to the new situation.

Immediately after the earthquake, staff kept the properties running smoothly and took care of the guests—providing a sense of family. They worked as a team and provided food, water, emergency kits, as well as disaster- and transport-related information.

“We were told the guests felt very comfortable and safe in all our properties. They felt they could rely on us”, Fluck stressed.

Keeping the same high quality levels of service was very important to the firm, which only slightly reduced their cleaning service and electricity consumption.

Oakwood was also heavily involved with charity work and, together with the Konishiki Kids Foundation, they delivered 3,000 toys to schools in the Iwate area. They also held numerous charity events in their properties’ lounge areas.

All Oakwood serviced apartments provide the comforts of a hotel: reception desk service, housekeeping and high levels of security.

To make them as comfortable and homely as possible, the apartments are all well equipped with kitchens, TVs, hi-fis, washing machines and dryers.

The communal lounges are used regularly for networking events, including a wine night on Thursdays at the Midtown residence.

“We provide complimentary food and drinks at the Oakwood Midtown lounge, and mix [the social aspect of the evening] with our business clients and our residents. Basically, Oakwood tries to create a lifestyle for our guests,” Fluck emphasised.

The longest-staying guest at an Oakwood property remained in residence for more than 10 years, and numerous guests already have passed the five-year mark.

With the high-quality service and sense of family the firm provides, it is no wonder that people find Oakwood properties so difficult to leave.