Jason Holt may be building a business, but he says that building a community is his overriding aim.

President of Tokyo-based EastEdge Partners, Inc., Holt spends as much time as possible in his adopted hometown of Nozawa Onsen, and he hopes the five properties the firm has across Nagano Prefecture—serviced apartments, hotels and, most recently, a completely refurbished ryokan—will revitalise the village and the region.

“The focus of the business is not just the hospitality industry, but also trying to regenerate the local community through our creativeness and international activities”, said 36-year-old Holt, who first came to Japan in 2000 and set up EastEdge Partners seven years later. 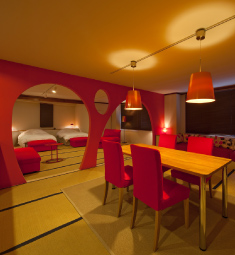 “We are bringing new concepts to the village and, on top of what we have already achieved, we are building up regular art events—a new film and music space called The Dojo—redeveloping fresh retail areas to provide new activities and shopping, and working with young local people to bring their ideas to fruition”, he said. “These are people who have the same vision as us”.

Holt agrees that Japan’s real-estate sector, in general, has been quite depressed in recent years, while the overall national economy has taken a pummelling over the past 12 months for a number of well-documented reasons. But he prefers to see this as an opportunity.

“If you can make something out of what is already there, if it can be environment friendly, if it can be a renewal instead of a new build, if it can all be done with an awareness of, and cooperation with, the surrounding community, then that works”, he said. “Taking those elements into account in any new project will give it added value and means you can make a lot of progress even at an extremely difficult time”.

The business model is clearly working and EastEdge Resorts is about to be set up to embrace the firm’s existing properties and others in the future. The fundamentals of the brand are community, revitalisation, cooperation with local businesses—called “coopetition”—slow life and food, and creativeness.

To underline its commitment to community, the company is inviting families from disaster-hit Minamisoma to stay at the Azumaya Kogen Resort, where art workshops and other entertainment will be provided for the children. 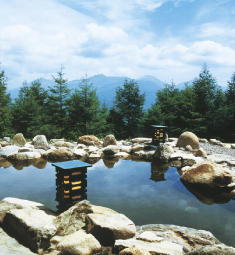 On 24 December, EastEdge Partners staged the grand opening of their newest project, Kawamotoya Ryokan. The property goes back more than 100 years, but needed a substantial makeover to give it a more contemporary concept of both Japanese and Western hospitality.

“The concept includes having a first-class restaurant, and to make it open to people who are not staying at the ryokan, which is something of a taboo in Japan”, said Holt, adding that the Restaurant Tamon brings together Scandinavian and French cuisine with a distinctive Japanese edge and uses the best local produce.

The response to the cuisine—always a top priority among Japanese travellers—has been “fantastic” so far, Holt says, and the aim is to be able to establish the restaurant as a brand in as little as six months.

And while the Japanese have long known Nozawa Onsen as a travel destination, this village of just over 4,000 people has largely been kept a secret from foreign visitors to Japan.

“It is just beginning to get a little bit of international recognition”, said Holt. “This is the quintessential Japanese mountain village; it dates back 1,300 years and historically got cut off in the winter because we get over 10m of snow. It’s also Japan’s largest single ski resort and first place to have established a lift—100 years ago this year. 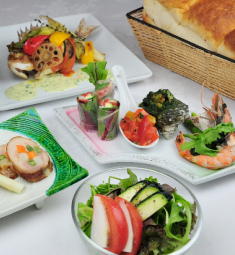 “There are over 30 onsen in the village and a lot of my neighbours up there don’t have a bath at home, so they go to the onsen in the morning and then again in the evening”, he said. “In some ways, it is reminiscent of an old European mountain town—but in a Japanese cultural setting”.

Holt has even higher hopes for the community, given that a new Shinkansen train line is due to be completed in the next two years that will reduce the journey from Tokyo to about two hours. Another area that the community as a whole is keen to emphasise is that Nozawa Onsen is not solely a winter destination; there are plenty of things for people to do throughout the year. Holt says he personally enjoys spring and autumn most.

They also seem to have a soft spot for Brits, Holt says.

“I was showing a group of British investors from Singapore around the town and I introduced them to Mayor Toshio Tomii”, Holt explained. “He welcomed them and said he was very glad more British people were coming because they think about the bigger picture—not only the economic possibilities, like we Americans”.