Visitors to the Audi office in Tokyo are treated to a fun and poignant glimpse into the automaker’s heritage the moment they step through the glass doors.

Parked just inside the entrance is a pedal-powered replica of the Auto Union Type C, a German racing car from the 1930s that looks like a bullet on wheels.

Auto Union—the name of the firm that preceded Audi—built racing cars that set a raft of long-standing records. Auto Union’s logo of four overlapping rings is seen on Audi cars today, and is a link to the past, of which Audi is proud.

The pedal car—an accurate replica built to half scale—doesn’t move much compared with the original classic car, which has a seven-speed transmission with a back-pedal brake, handbrake lever with locking function, and hydraulic disc brakes. Rather, the model is a decorative piece that complements Audi’s impeccably designed sales and administration office.

Throughout the 1,300m2 office space there are striking spaces that feature bright red carpet, spherical chairs and panoramic views of the city.

Meanwhile, a break room where clients can be entertained is more austere and is dominated by the colour white.

“That’s because [white] puts the people in the centre. They are the stars”, said Kenji Hirao, president of Nelson Space J Co. Ltd., the firm that was recently contracted to implement and manage the office’s interior design.

Bold colours, such as the red that appears in Audi’s logo, would compete with the presence of the people in the room, Hirao explained.

Nelson Space J beat several other firms about a year ago to the winning bid for the design and project management job tendered by the German carmaker for its office in the Gotenyama district, near Shinagawa Station.

The design project was based on Audi’s global interior design standards. “So we had to localise [the design]”, he added.

The challenge was to be faithful to Audi’s branding while working around the existing building equipment, such as air-conditioner units that were already installed in the space.

German building codes usually allow for such a design to be implemented over a skeleton space. Japanese regulations, however, made that almost impossible.

Apart from the interior design, Nelson Space J—with a total staff of 10—coordinated with a Japanese construction firm to have the design concepts realised.

It’s a complex process, but one to which Hirao and his staff are well accustomed.

“We’re not simply artists or designers”, he explained. “Designers focus on client needs and artists focus on their own thoughts. There is a big difference between that and what we do”.

A multitude of factors—which finely balance aesthetics with engineering, human-resource needs, and costs—are at play in this line of work.

“We need to check and arrange the existing condition of the building, the equipment and other issues”, he said. “In addition, we must coordinate work style, physical environment and the technology … we have responsibilities beyond just drawing”.

It seems like a herculean task for such a small firm, whose own office in the Soto Kanda district is located midway up a set of steps that leads to Kanda Shrine.

However, Hirao explained that many clients appreciate the close communication and speedy response times provided by his firm.

Large firms, he pointed out, usually have clear divisions of labour, a fact that, he believes, creates communication and other “gaps” between staff members. “This can create an amazing amount of problems”, he explained.

In his office, the staff members’ duties overlap. Everyone, including the client, is in agreement throughout the entire process.

“After the client says ‘I want this’, I sketch it and ask, ‘Do you mean this? Or do you want this, or this … or this?’ as I sketch different things”.

About half of Nelson Space J’s work is project management, 35% design and planning, and 15% facility management.

The area of facility management is especially multifaceted and challenging, according to Hirao, and begins after the designed office is up and running.

The firm must monitor developments at the client end, as they affect the workspace, and it must be ready to react accordingly. For instance, if the firm hires more employees, the office spaces will need to be expanded or reconfigured, or both.

“Our services need to focus on our clients’ business expansion”, he said. “Maybe this year there are 100 people in the office, and the following year there might be 300 people. In that case, we would need to check things, propose changes, and create new infrastructure and office layouts”.

Similarly, if the firm’s business activities were to shift in a new direction, so would its workspace requirements.

“We need to keep up with information on the office data every day … each client has different needs”, he said.

Nelson Space J may be small in scale, but it’s part of the much bigger Nelson Group—a design and architectural firm with 24 locations in its home country of the US, and 12 worldwide.

The Japanese subsidiary has long had equal numbers of Japanese and foreign clients. In recent months, however, the number of domestic customers has surged to account for around 70% of the total—a trend Hirao credits to the improving outlook for Japan’s economy.

When asked about the difference in attitude between Japanese and foreign clients, Rumi Ito, a senior designer at Nelson Space J, said: “Japanese clients aren’t all that interested in design. Instead, most of their interests refer to cost-related issues.

The foreign firms, by contrast, tend to be more specific and pro-active in their design-related requests.

“The Japanese clients have fuzzy requests,” Hirao added. “Fuzzy” because of the consensus-based approach they employ, which tends to delay and obscure their decision making.

The interior design business in Japan, both at offices and in private homes, has taken off in recent years. Until a couple of decades ago, most business offices had no design. Rather, workers toiled away at rows of grey steel desks, walls were bare, the floor uncarpeted, and the flat illumination provided by a ceiling of fluorescent lights.

“Thirty years ago, people looked only at [things like] space efficiency and cost performance almost in the same way that they looked at factory automation, with people representing the machines”, he said.

But now, more Japanese managers are recognising the benefits provided by workspaces that are aesthetically and ergonomically pleasing. “Managers are seeking a greater level of motivation, satisfaction and communication from their workers”, he said.

Meanwhile, demographics seem to be in favour of the office design business.

The conclusion is clear enough: the business of office interior design in Japan has many years of growth ahead. 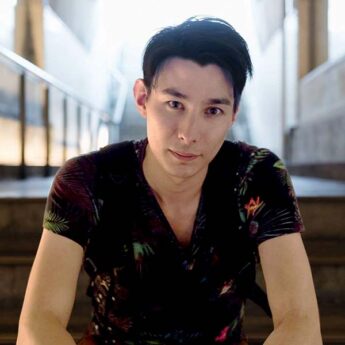