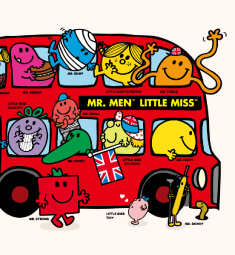 Sanrio will open its new UK headquarters in London after buying Mr. Men.

Mr. Grumpy might not be the most obvious ambassador for British products and services around the world, but the character from the much-loved children’s books is in the vanguard of a new wave of investment into the UK by Japanese firms.

From Mr. Men to contact lenses, aircraft-leasing, green energy, technology, cars and parts, Japanese corporations are stepping up their deals in Britain. That has, in part, been encouraged by the strength of the yen, but long-standing ties between the two tea-drinking island nations that have for generations stressed their similarities are also convincing more Japanese firms that the UK is the place they need to be.

Sanrio Co., Ltd., for example, is about to open its new UK headquarters in the Angel district of London after purchasing the Mr. Men franchise from Chorion Limited for an unspecified sum. The deal is designed to get the best out of Mr. Tickle and his pals and uber-cute kitten Hello Kitty—who, by chance, lives her chic existence in equally cool London.

“This acquisition has been the triggering event for Sanrio to open a full office in the UK and for that to become a foothold there for us”, according to Kevin Inoue, senior manager in Sanrio’s Management Strategy Division. 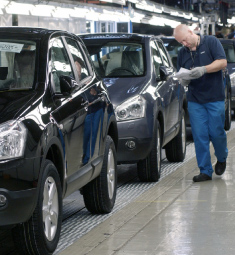 Nissan is investing £612mn to make batteries in Sunderland.

“We have been able to purchase this very valuable character brand and, although this is a new area for Sanrio, we know it is a classic book asset that will have a positive effect on our business”.

The firm has high hopes for the very first characters that it has not created in-house, said Inoue, who has just returned to Japan after two months in the UK finalising the deal.

“We went for Mr. Men because of its evergreen and high-recognition value in markets such as the UK, France and Australia”, he said. “There is a very strong base that is focused on simplicity in the design and conception.

“That is similar to our concept for Hello Kitty and we want to move Mr. Men forward in a similar way, to make them more commercial and not limit them to the children’s market”, he explained.

There is a huge potential, he added, both in terms of new markets that are just waiting to be exploited, and new lines, such as apparel.

And for fans of the original books, Sanrio wants to keep the momentum going with a couple of new releases every year. 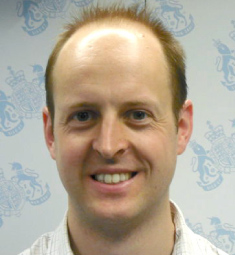 While Sanrio is a newcomer to the UK, another Japanese firm has become synonymous with the north-east and has cemented that relationship with the announcement of significant new investment in the region.

In the past three years, Nissan Motor Co., Ltd. has announced it will invest £612mn in a new battery plant in Sunderland for the production of its new Leaf electric vehicle, commencing in 2013, and for the next-generation Qashqai. That brings the firm’s total investment to £3.3bn over the past 25 years, while the 5,452 workers at Nissan Motor Manufacturing UK in Sunderland is the largest number the facility has employed.

A number of reasons are behind Nissan’s decision to set up its European production facilities in the UK, not least being the region’s skilled labour force, long heritage of manufacturing, as well as excellent communications and infrastructure, in addition to financial incentives from the government. Moreover, new reasons have since come into play, says Chris Keeffe, of the firm’s Global Corporate and Product Communications Department.

“One of the key reasons for our continued investment in the UK has been the success of our Sunderland plant in improving its competitiveness”, said Keeffe. Last year saw the UK attract very high levels of investment, with Nissan not alone in global vehicle manufacturers announcing future model production and employment there. 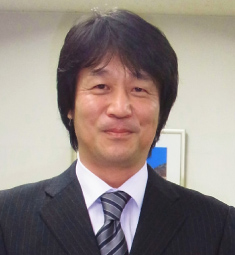 And despite the uncertainty in the eurozone, the industry feels a real sense of confidence in the future of UK car manufacturing and that it will make an increasing contribution to exports, economic growth and employment in the coming years.

Nissan was also ahead of the curve in developing overseas production bases, thereby avoiding the worst excesses of currency volatility.

“Even before the yen started on its recent rapid strengthening trend against other world currencies, Nissan started prioritising production of vehicles in markets where we sell them”, said Keeffe. “It’s a sound business move, and helps us mitigate currency fluctuations.

“The Sunderland plant is a great example of producing where we sell a great number of vehicles, or exporting them to nearby markets, for example in the European Union”.

That commitment to the UK is paying off, with one in three of the cars made there now coming from Sunderland, which recently produced its six millionth vehicle. 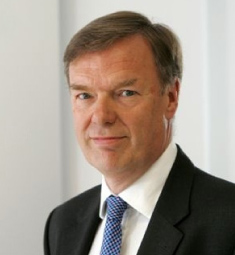 Elsewhere in the transport sector, auto component firm Nifco announced in March 2011 the expansion of its UK operations, for which it is spending £8.5mn on a new facility in Stockton-on-Tees that is due to come on-line early this year. The Sumitomo Mitsui Financial Group, meanwhile, has just reached an agreement with the Royal Bank of Scotland Group PLC to purchase its aircraft-leasing subsidiary, RBS Aviation Capital that has a large fleet of commercial aircraft and assets totalling ¥550bn (see page 9). The Japanese bank won out after fending off strong interest from China Development Bank Corp. and Wells Fargo & Co.

“The UK continues to be one of our most important markets and we are very active in various fields, such as project finance, trade finance and other banking businesses”, Sumitomo Mitsui Banking Corp. spokesman Kyosuke Hattori explained.

Yet another Japanese firm that is planning to step up its operations in the UK is Nagoya-based Menicon Co., Ltd., one of the world’s largest makers of contact lenses, which will expand its factory in Northampton by year end.

Menicon already had subsidiaries in France and Germany when it acquired specialist UK manufacturer David Thomas Contact Lenses in November 2009.

“In order for us to maximise our strength in the EU, we concluded that we should have three bases and the UK was the best candidate because our core rigid gas permeable (RGP) business was still active at that time”, said Atsushi Yamashita, general manager of the firm’s Global Alliance and Affinity Department.

“The UK is the second-largest market for the contact lens industry in Europe and a substantial percentage of that is in the RGP sector, where we can be competitive in terms of quality”, he said. “Also, the UK is the centre of research and development for contact lenses and we were, therefore, able to form professional relations with very influential professional institutes and universities from our industry worldwide”.

The UK Trade & Investment (UKTI) office at the British Embassy Tokyo has been instrumental in assisting these and hundreds of other Japanese firms to gain a foothold in Britain. 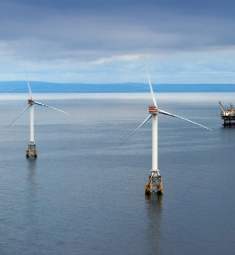 “What we specialise in is ‘classic’ FDI, working with companies that want to establish or expand their presence in the UK”, said William Farquhar, first secretary and head of investment at UKTI. “This can take the form of a one- or two-man sales office, right through to, say, one of the large automotive companies adding an entire new line at their UK factories—and everything in between”.

The biggest number of successes last year came from the advanced engineering sector, traditionally the strongest in terms of the number of FDI wins from Japan. This was followed by life sciences, with information and communications technology not far behind, Farquhar added.

In another growing sector, green energy, Marubeni Corporation recently pledged more than £600mn of investment in the UK over the next few years, including a stake in a wind farm off southern England and two other deals (see page 8).

And Scotland has not missed out on the FDI action. Crawford Gillies, chairman of Scottish Development International (SDI), recently told ACUMEN that SDI enjoys strong ties with Japan. Mitsubishi Power Systems Europe Ltd recently said it will invest up to £100mn in an engineering facility to carry out research and development into offshore wind-turbine technology, set up a Centre for Advanced Technology in Edinburgh, and acquire Artemis Intelligent Power.

“I believe Mitsubishi’s decision to invest in Scotland demonstrates how Scotland’s ‘renewable’ revolution is gathering pace, and that we have the quality infrastructure and skilled workforce to deliver success in this rapidly growing industry”.

An interview with Gillies will be featured in the March issue of ACUMEN.

Attracting foreign investment is central to the UK government’s growth strategy, just as it is to that of Japan. Expansion of certain sectors also is being driven by UK policies, such as the requirement that 20% of British electricity generation be provided from renewable sources by 2020, and the strong push for the regeneration of parts of East London as Tech-City.

“Next year, for example, the UK government is introducing a preferential regime for profits arising from patents, known as the ‘Patent Box’”, Farquhar said. “This will allow companies to apply a 10% corporation tax rate to profits attributed to patents and is aimed at attracting more research and development to the UK, so for the UKTI investment team in Japan, hopefully, we will see an increase in interest in the life sciences and advanced-engineering sectors.

“There is also the announced reduction in the main rate of corporation tax, which will give the UK one of the most competitive business rates in the G20”.

But it is core values that are at the heart of what makes investment attractive, Farquhar believes.

“The UK’s main strengths, and the key drivers for investment from Japan, revolve around market growth potential and Britain’s position as a gateway to Europe and beyond; the UK’s proximity to markets, customers and suppliers; existing industry clusters and critical mass; as well as quality infrastructure and logistics”.

“As an aside, one thing I’ve learned in my short time doing this job is never to underestimate the ‘personal issues’ that may be driving investment decisions”, Farquhar added. “The UK and Japan have an excellent history of friendship and cooperation, and I often hear, in conversation after a business meeting, of the fond memories Japanese people have of their time working, studying or visiting the UK.

“Many times I’ve heard employees of major Japanese corporations say out loud, ‘I wish I could be posted back to London’”.

One industry fretting about FDI, however, is the financial-services sector that has been “battered by the anti-banking bandwagon”. Following some European nations’ attempts to tighten industry regulations and the UK government’s threat to slash City bonuses, some top international bankers have warned that London is losing its lustre. One senior executive at a Wall Street bank told The Times in late January: “London is now the worst major centre in the world to do banking”.

And at a meeting of the Business Advisory Group in early February, Prime Minister David Cameron heard from multinationals—which employ 23–38% of UK residents, depending on sector—that the top tax rate of 50% was making it hard to retain experienced locals and scaring away foreign talent. Some firms have complained that obtaining work visas, including for executives and staff being transferred by their employer to a UK branch, is difficult and time consuming.