Can education stop the economic slide?

Japan faces challenges on many fronts as it tries to rebuild a sagging economy, instil a degree of confidence in its political leaders and revitalise a dispirited public. For many years, this country may have been the envy of the world—in terms of innovation, hard work and confident spirit, as well as the importance it places on the family, community and social harmony—but the slide from those high standards has gathered pace and there are many who are asking when, and perhaps even whether, Japan might be able to turn around its predicament.

Economist Conferences organised a daylong symposium in mid-December entitled “Generation Change in Japan—New Leaders, New Outlook”, at which experienced people and rising stars in the worlds of politics, business, academia and civil society debated how Japan might achieve a turnaround.
Economic rejuvenation was mentioned as one critical requirement, along with political reform, better utilisation of the nation’s skilled human resources, dealing with a shrinking population and forming better ties with neighbouring countries. 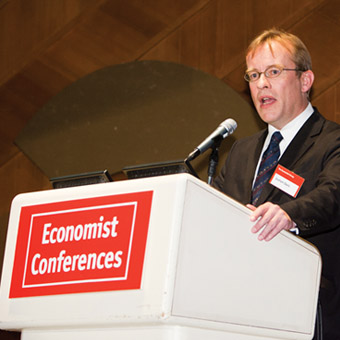 Time and again throughout the symposium, however, delegates came back to the fact that Japan’s future is in the hands of upcoming generations of entrepreneurs, politicians and workers, and that there is a pressing need to raise them and educate them to excel in those areas. At present, most agreed, this is not being done and the result, instead, is a disinterested and disenfranchised youth.

“Japan’s young generation—where are the words to describe them?” lamented Prof Yuji Genda, of the Institute of Social Science at the University of Tokyo. “They look inward and they reject the outside world. Some 65 million Japanese travel overseas every year, but the number of pensioners travelling is increasing while the number of people in their twenties who travel has been falling since the mid 1980s”.

“Why are they looking inward? It’s a sense of insecurity; they wish to avoid risk, but they also lack the funds to travel”, he suggested. And that desire to avoid risk has, in turn, created a generation that is unwilling to take risks in business. “In 2000, there were 6 million self-employed individuals,” he said. “In 2010, that figure had fallen to 5 million, as fewer people want to be their own bosses and just want to avoid risk”.

Naresh Sethi, president of British American Tobacco Japan, agreed that there is a “distinct lack of drive and ambition in the workforce”, a worrying increase in the number of people who cannot use English in the workplace and an equally alarming refusal to accept risk that manifests itself in employees simply awaiting instructions instead of acting.
“This is the result of an education system and role models in mid-level management”, he said. “The current situation restricts the speed of progress and produces more workers and fewer leaders. The biggest difference that I notice in Japan today is a lack of a global outlook.

“The real worry is that only 2% of young graduates here want to join a multinational corporation; almost 50% don’t want to go overseas, while most are surprised when we, as an employer, require bilingual skills. “The rest of the world has become a global village, and only Japan remains an island”, he said. To overcome these challenges, Japan can learn from the experiences of other nations, including Britain, the symposium heard.

“The Japanese education system is very good in general and it is fifth on the OECD’s [Organisation for Economic Co-operation and Development] list of top-ranked universities”, said Jason James, director of the British Council Japan and the Cultural Counsellor at the British Embassy Tokyo. The two areas in which changes would produce the biggest improvements, he suggested, are the nation’s reliance on exam scores, and its failure to internationalise.

“People study to get good marks in Japan, and the key here is university entrance examinations”, he said. “The results of those affect a person’s whole life”. Unfortunately, he pointed out, there are thousands of candidates and tests are increasingly marked by computers—which may be cheaper, but are far less effective in identifying the most promising candidates. 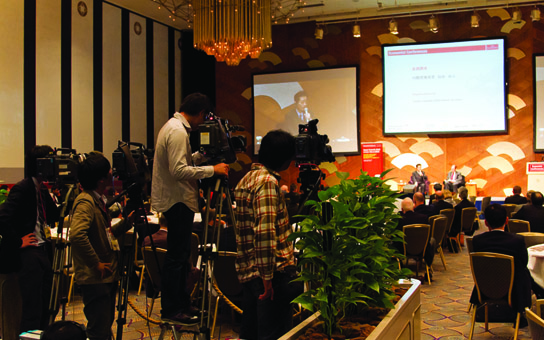 “In British universities, students have to write essays and it is not always necessary for them to attend all the lectures, while here [attendance] is part of their credit”, he said. And that is a worry because it is merely a case of the input being regurgitated as output. The importance placed on TOEIC test scores is also misplaced, as it fails to assess spoken English ability.

“Education has become increasingly internationalised in the UK, but in comparison remains more insular in Japan, especially in the humanities”, James said. This resistance to open up is demonstrated by the fact that 40% of faculty members at British educational institutions were born outside the UK, while the figure stands at 5 percent in Japan. Equally, 15 percent of students in the UK are from overseas; in Japan, the equivalent figure is just 2.6 percent.

“It is vital for Japan to internationalise and become more comfortable with foreigners and the English language”, he said. Yet after the delegates had discussed a far broader range of factors affecting Japan’s future, Graham Davis, managing director for Japan and China at The Economist Group, said he sensed a “more realistic appraisal somewhere between gloom and over-excitement” for the nation.

“Japan is not perfect”, he said. “Can it do better? Yes, it most certainly can. We have heard a lot about productivity and business opportunities and it is to be hoped that Japan is in the process of developing the political leadership that it so clearly needs. “We have also heard a lot about education, both in terms of qualitative and quantitative issues”, he said. “Japan may not be perfect, but we seem to be on the way to some solutions, and have identified some of the stakeholders who have a part to play in that. My feeling is one of cautious optimism”.