Men and teachers in the UK and Japan take a fair bit of flack these days, so it’s my pleasure to applaud two bilateral “champions of change” dedicated to inclusivity, child rights and immigrants through innovative technology, science and initiative in the classroom.

Hidekazu Shoto, of Ritsumeikan Primary School in Kyoto, and Andrew Moffat MBE, of Parkfield Community School in Birmingham, have just been named top 10 finalists in the annual Global Teachers Prize. The winner will trouser a $1mn cash prize. 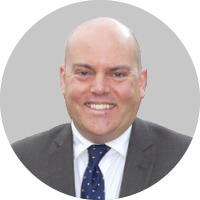 By partnering with governments, policymakers and experts, the London-based Varkey Foundation says it has so far provided about 46,000 teachers with skills to improve standards at 3,000 remote or inner-city schools on five continents.

Its annual Global Teachers Prize—fondly called the Nobel Prize of teaching—this year drew more than 10,000 nominations and applications from 179 countries.

The two teachers tackle very different subjects, but both issues are closely related to doing success­ful business: the poor level of English in Japan and diversity in the UK.

Shoto has achieved remarkable results by creating methods of teaching fluency in English, without needing foreign travel or study abroad. Using Skype and Minecraft to enable communi­cation in English with students in other countries, his 11-year-olds are scoring higher than the average 14-year-olds nationwide.

He says he would spend the prize money to set up an organisa­tion that helps the exchange of Japanese teachers and students with those in other countries, and to build a system to provide informa­tion and communi­ca­tions tech­no­logy equip­ment and support to rural areas.

Moffat, meanwhile, teaches near a deprived multi-cultural area of Birmingham, where most pupils speak English as an “other” language. His “No Outsiders” programme helps reduce radicali­sa­tion while teaching inclusive­ness and diversity to parents and children in many UK cities. However, lessons about diversity and LGBT issues were suspended on 13 March after parents claimed they weren’t age-appropriate, despite Ofsted inspectors previously ruling they were.

The winner will be announced on 24 March.

Partly due to Japan’s recent lifting of the ban on British beef and lamb, the annual Foodex in early March drew a UK delegation that included members of the English, Welsh, Scottish and Irish beef and lamb boards, exporters, promoters and farmers.

I remember going to Foodex a number of years ago, and the British section looked quite sad com­pared with the booths of nations often perceived as more serious about food, such as Canada, the United States, Thailand and India. Of about seven stands flying the Union Flag that year, one was empty, another stocked only bulky glass bottles of mineral water and the other was devoted entirely to salt. And one of those stands was unoccupied because the delegate went home early. Turn to page 16 to see how we did this year. 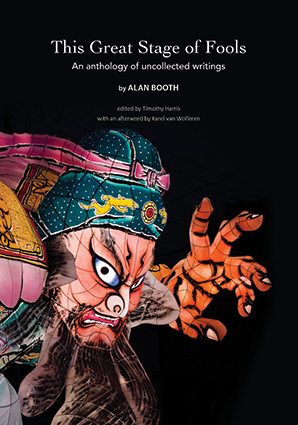 Books to remember … and forget

Do you remember that glut of English-language paperbacks by foreigners about Japan around the 1980s bubble economy? Often funny, sometimes silly, usually divisive, not always accurate, largely forgotten and even titillating, among others were Pink Samurai and Max Danger.

There was also The Roads to Sata, a first-hand account of hiking written by irascible working-class Londoner Alan Booth, who lived (and drank) near me in west Tokyo and was many people’s favourite contemporary British writer on Japan.

Sadly, Booth died 26 years ago, but his friend and former editor at the Asahi Evening News, Timothy Harris, has edited a book in his memory. It features many of Booth’s most memorable articles, including the “harrowingly funny account of his struggle with cancer”.

This Great Stage of Fools is published by Bright Wave Media of Yokohama, who have given me one copy to present to a reader of ACUMEN. To apply, please email: simon@custom-media.com

Your article about cryptocurrencies (February, page 20) says that Japanese residents may organically discover token sales by foreign companies as a way to circumvent the local regulations. In fact, Japan’s Financial Services Agency clearly says that foreign security offerings without the proper licences and approvals need to clearly state on their websites and other social media channels that they are not available to Japanese residents.

I am aware of at least one cease and desist order issued by the FSA to a foreign initial coin offering marketing company, though there may have been more.

Interesting. I was not aware of this requirement. If we had advised clients of this or made it a requirement, then we would have certainly chased away all of our advertising clients (although the bear market had already pretty much done this for us).

Since most foreign projects holding initial coin offerings have no formal presence in Japan, I guess the Financial Services Agency is limited in their ability to enforce rules or doesn’t prioritize it.