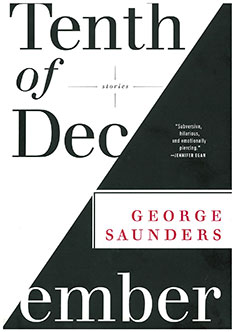 Many people with ambitions to write fiction fall into the trap of believing the easiest way to break into the genre is by writing a short story. After all, turning in a manuscript of 3,000 words has to be a lot easier than submitting a novel, right?

Wrong. Short fiction, at its best, is both a test of a writer’s skill and a demonstration of his or her ability to deploy that skill. All of the components that go into a fine novel—such as characterisation, dramatisation, nuances in plot, background, tension and resolution—are also needed in successful short fiction, in addition to other elements.

It is also true that the shorter the story, the more skilful the writer needs to be in order to work these elements to his or her advantage.

These are tough times for writers of fiction. Few books, however well written, make any money to speak of; the JK Rowlings of this world are the outstanding exception, and the dreadful stuff turned out in Jeffrey Archer’s name no doubt sells on the former politician’s notoriety as opposed to any literary skill.

The odd magazine outlet aside, the short story appears to have fallen from favour.

So it is a welcome surprise to discover a new collection from someone who is hailed as a master of the genre. George Saunders—a teacher in the writers’ programme at Syracuse University in the US—has recently published Tenth of December, a collection described as “subversive, hilarious, and emotionally piercing”.

In March, Saunders was named the inaugural winner of Britain’s newest literary award, the Folio Prize, worth £40,000.

His collection demonstrates—if there was ever any doubt at all—that he is one of the most original writers of this generation. He is a satirist, a humourist, and a portraitist of tremendous compassion.

In a matter of but a few pages, he can make the reader laugh out loud and then wonder what there is to laugh about. And he manages to create characters that stay with you, which is a tribute, I think, to the way Saunders portrays the deep humanity of his characters.

That, of course, speaks to his own empathy as much as to his ability to voice not only what is good about humanity, but also the doubts surrounding it. He is not afraid to have the characters he creates question our assumptions, and he often does so with wry humour.

The Folio Prize was founded by Andrew Kidd, the managing director of UK literary agency Aitken Alexander Associates. Its introduction is seen as a reaction to the recent mounting criticism of the Man-Booker Prize.

Always controversial, the richest of the UK’s literary awards has historically been open only to those from the Commonwealth, the Republic of Ireland and Zimbabwe who write in English and are published in the UK.

From 2014, however, the Man-Booker Prize will be open to anyone writing in English from anywhere in the world. Critics say this changes the nature of the award entirely and will open the floodgates to writers from the US.