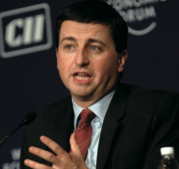 The British Chamber of Commerce in Japan and the British Embassy Tokyo’s UK Trade & Investment (UKTI) teams worked closely together after the 11 March earthquake to match requests for emergency supplies to what firms could offer, Hansard reported on 7 June.

The official recorder of parliamentary transcripts said Scottish Labour Party politician Douglas Alexander MP had asked the Department for Business, Innovation and Skills what assessment had been made of the effects of the earthquake on British businesses in Japan and what support had been provided to such firms. The Conservative Party’s Mark Prisk MP, minister for business and enterprise, replied that most UK firms with significant interests in Japan had returned to normal, although one or two in Tohoku had suffered direct damage but are recovering.

Some affected Japanese suppliers to UK firms were returning to normal, although it was expected the longer-term impact would be felt for some time.

Prisk said: “Our UKTI teams, based in Tokyo and Osaka, have been in close touch with British business in Japan throughout the crisis. British firms participated in telephone calls with Chief Scientific Adviser Sir John Beddington, who explained the situation and took questions”.

Mark Prisk MP: ready as ever to help UK firms do business in Japan.

Prisk added that transcripts were made available via the embassy website and social media. “We also assisted some British companies with the process of importing iodine tablets for their staff, and provided iodine as a precaution to British nationals and their dependents.

“We continue to provide British companies with accurate and up-to-date information on doing business in Japan, which remains the world’s third-largest economy and a significant market for UK exporters. We are advising on current business opportunities in a range of sectors, including some arising from the reconstruction and recovery programme.

Our UKTI team is ready to assist any UK business considering their next steps in the country, as well as any UK company in Japan in need of assistance or advice”.

Prisk said he was very grateful to those British businesses that generously supported the UK government’s consular relief effort, for example, by making cars or hotel rooms available.

“Others took their own initiatives to assist Japanese nationals in the stricken area, by providing goods and assistance”.