To mark 70 years of the British Chamber of Commerce in Japan, we are bringing you a range of articles looking at the history of the chamber and UK—Japan ties.

This month we present something a little different. BCCJ ACUMEN was given access to the BCCJ photo archive, from which we selected a range of images showing some of the events, visitors and personalities who have been snapped by BCCJ staff over the past 25 years.

While some of the captions are brief, due to the lack of information about the photos, the subjects are nonetheless engaging. 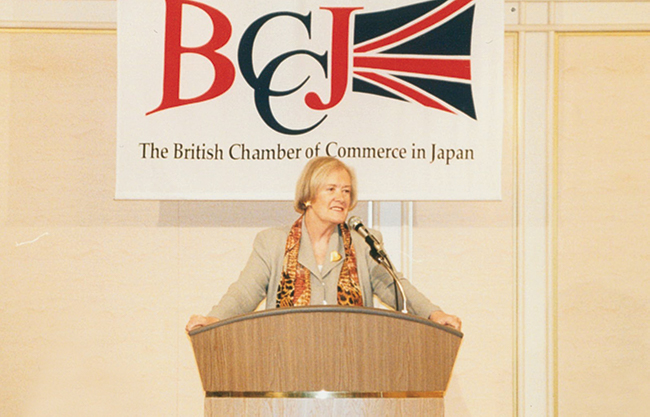 The late Baroness Denton of Wakefield addressed the BCCJ on 26 March 1996. 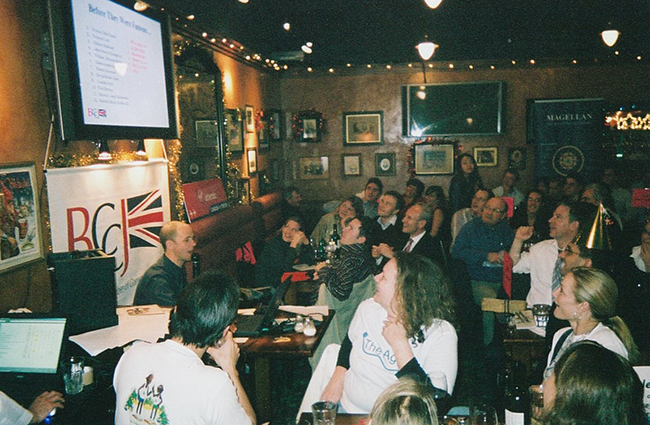 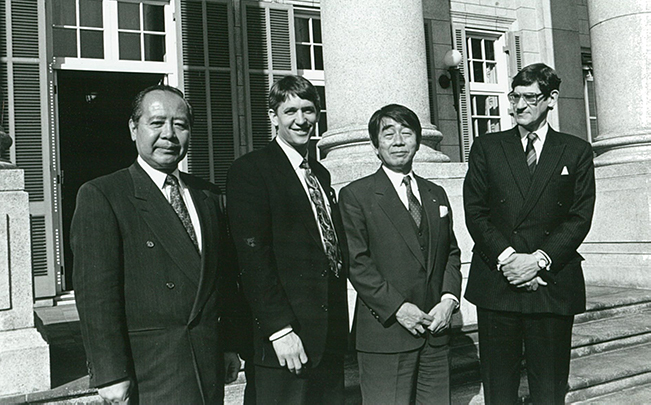 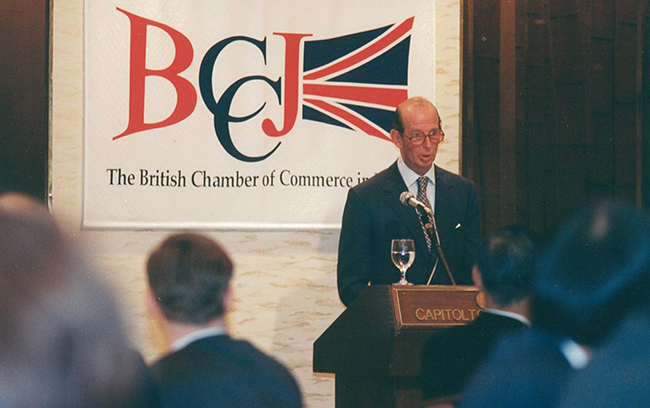 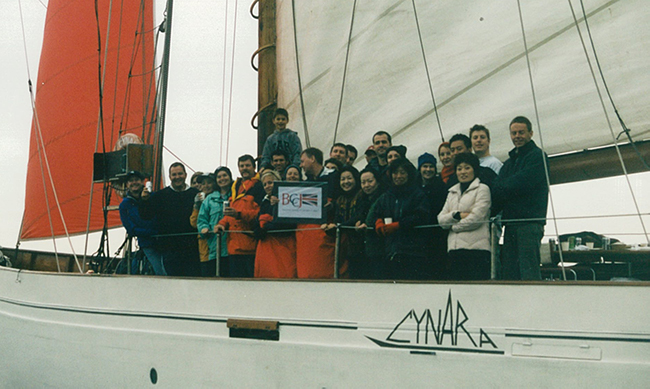 BCCJ event on board the yacht Cynara, built in Gosport in 1927 and brought to Japan in 1973. 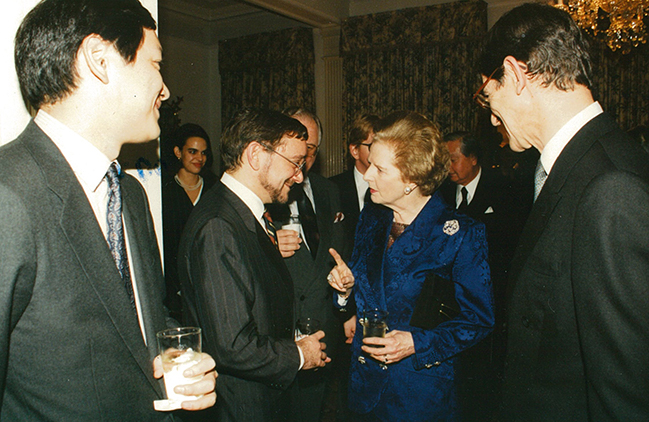 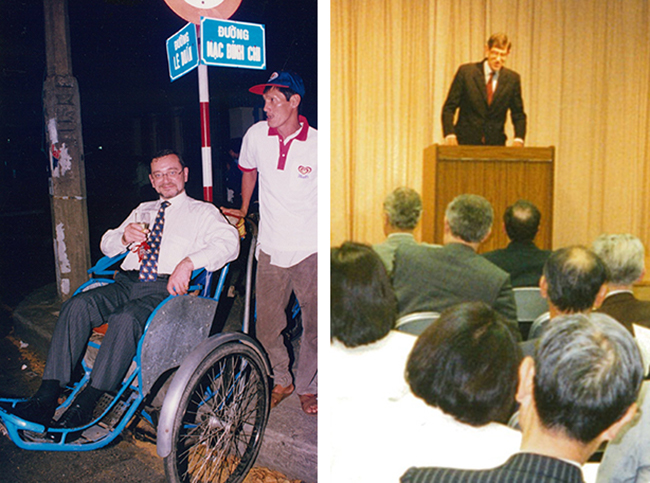 Ian De Stains OBE resting in a rickshaw in Vietnam, where he was taking part in a Britain in Asia Pacific meeting in 1999. (left) The 1994 BCCJ Annual General Meeting (right) 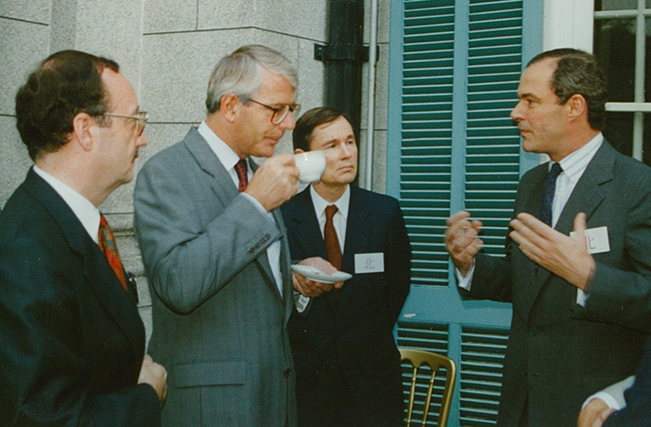 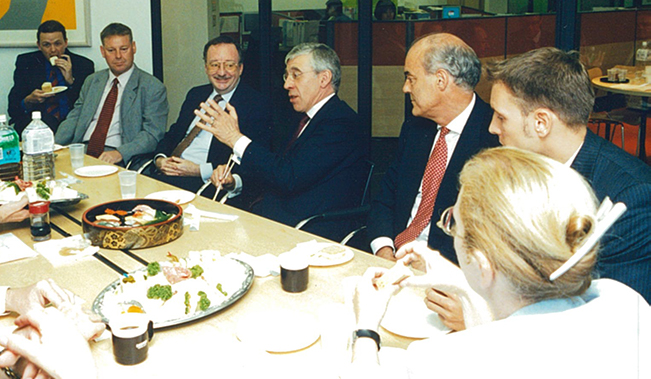 Jack Straw, then foreign secretary, met with members of the BCCJ in July 2002. 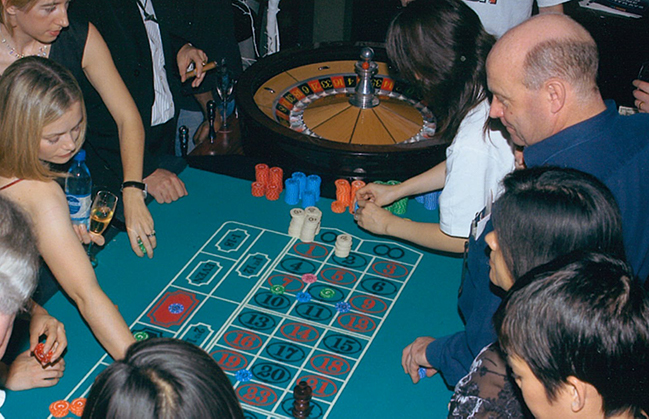 Playing roulette at the Brits Bash on 4 December 2004.

BCCJ members who took part in an Association of British Businesses in Asia summit in March 1998.