The life of an actor 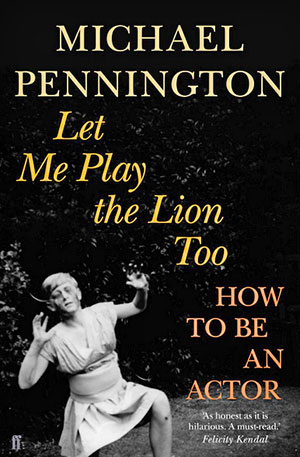 I first saw Michael Pennington, who has directed Twelfth Night for the Haiyuza Company in Tokyo, on stage in the celebrated Royal Shakespeare Company 1965 production of David Warner’s Hamlet at Stratford-upon-Avon in Warwickshire. Pennington played Fortinbras, a minor character.

It was not to be too many years before he would play the tortured Dane (Hamlet). And in between, he played a score of other leading roles on stage and television.

Behind the scenes, too, he directed a variety of productions from those of Henrik Ibsen, considered the father of modern realistic theatre, to symbolic writer Anton Chekov.

In addition, together with British theatre director Michael Bogdanov, he founded the English Shakespeare Company of which he was joint artistic director until 1992, and which toured extensively within Britain and overseas.

Somewhere, amid all of the rehearsals, the touring and the performances, he found the time and energy to write a number of highly entertaining books—user’s guides to Hamlet, Twelfth Night, and A Midsummer Night’s Dream among them. In all, including the current volume, Pennington has written an impressive total of eleven titles.

I came to this new volume with mixed feelings: not by any means about the author’s abilities, but about the intent. Despite being trained in what is arguably the world’s best drama school, the Royal Academy of Dramatic Art in London, I am not sure that anyone can tell anyone else how to be an actor.

As Peggy Lee sings in her magnificent album, Mirrors, “either you got it or you ain’t”. And if you can’t learn it in three years with leading teachers of the time, how are you ever going to through a book?

That said, the book is hugely entertaining and will appeal not only to aspiring actors but to anyone who has ever wondered what it is like to appear in a TV soap, what actually happens on a film set, and what theatre wings are really like.

Pennington is such an engaging writer; he brings all of his observations into sharp focus and he is not afraid to share his wisdom accumulated over the years, whether that is how to approach the audition or how to pace oneself throughout rehearsals.

In one part, he highlights most effectively the “actors’ nightmare”. It is literally decades since I gave up the theatre and yet I still have the occasional night when I experience a dream that all performers seem to share.

Alternatively, I am costumed, know the play, but have no clue about what lines to speak. I wake in a tangle of bedclothes, speaking gibberish, relieved to find I am not about to go before an audience. I wonder why I ever thought I wanted to act for a living.

I’ve enjoyed numerous conversations with Pennington and I appreciate this, his latest book. It has a wonderfully idiosyncratic A–Z that is a sheer delight.