On 16 February, the secretary of state for Scotland told members of the British Chamber of Commerce in Japan (BCCJ) why Japan is a major UK market and that nothing would stop Brexit. He also dismissed the likelihood of another referendum for Scottish independence from the UK, saying that the 2014 vote was “a once-in-a-generation event.” 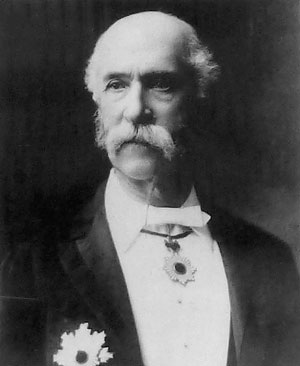 Speaking at the British Embassy Tokyo on his first trip to Japan, Mundell cited Thomas Glover, the Aberdeen businessman who had been based in Nagasaki Prefecture and helped establish beverage maker Kirin Company, Limited, and the Mitsubishi group of firms.

Mundell also praised Rita and Masataka Taketsuru, who met and married in Scotland. In 1934, Masataka founded Nikka Whisky in Hokkaido.

Bound together
The member of parliament for Dumfriesshire, Clydesdale and Tweeddale was keen to emphasise two-way trade and skills. He told the audience: “Japan is well known for its engineering expertise, which I appreciate in helping to produce one of the most famous works of engineering in Scotland, the Forth Rail Bridge. Kaichi Watanabe was the chief foreman on the construction of that bridge [in the late 1880s]”. Those connections, Mundell said, bridge that time and the modern day.

He then spoke about the education sector’s valuable boosting of bilateral understanding in culture and business. Mentioning the British School in Tokyo, he added: “Students from Japan have studied at Scottish and [other] UK universities, through UK government programmes such as the Chevening Scholarship programme.

“These connections that bind us have always been immensely valuable to us, and in the coming years they will become more valuable still”.

Freedom and energy
Turning to Brexit, he said: “As you know, the UK is leaving the EU. The vote was very clear, and we will deliver on it. But it was not a vote to turn inwards and to turn our backs on the world. In fact, I see it as the opposite. As we leave the EU, we have the chance to change that, and I do believe that the years ahead now offer global opportunities we could never have taken as a member of the EU”.

The Scottish Government, however, claims Brexit will significantly weaken its economy and result in lower economic growth and incomes. According to its Scotland’s Place in Europe: People, Jobs and Investment report published in January, “A Brexit which results in the UK being outside the European Single Market and Customs Union will have the most damaging consequences for Scotland”. It warns that a no-deal Brexit could cost Scotland’s economy £12.7bn a year.

Mundell acknowledged that EU members are the UK’s closest neighbours, as well as key trade and security partners. “That’s why we want a deep and special partnership with the EU”.

In a nod to the global trade deals the UK benefits from as an EU member, he added: “That’s why we are taking domestic legislation through Parliament at the moment to enable us to transition the terms of those deals and preserve the non-tariff elements of existing trade arrangements, as part of our plans to ensure an orderly Brexit.

“But once we are outside the EU, we can look to trade around the world with more freedom and more energy, to open up new markets, and to strengthen the links we already have with friends like you, here in Japan”.

On protectionism, he said: “We will stand tall as a beacon of free trade, proud that we look to the rest of the world and see opportunity, not threat”.

To achieve this, though, UK laws must be firm and enforced. “As we leave the EU, we will need to repatriate powers held by the EU. Many of these powers are over areas of policy which are now devolved to the Scottish Parliament”.

Stronger union
Mundell—the first Conservative Party cabinet minister who is openly gay, having come out in January 2016—claimed another historical first: “I was honoured to be part of the first intake of members of the Scottish Parliament, where I served until my election to Westminster in 2005. In fact, I asked the first-ever question in the Scottish Parliament; a small historical footnote that I am still proud of today.

“Now, 20 years later, devolution has shown its worth. It is so completely a part of how the UK operates that it is hard to believe it is, in constitutional terms, still so young. And I am very clear that, as we leave the EU, we must use Brexit to strengthen devolution and the union [between the UK’s constituent countries]. We will deliver the best possible outcome for people in Scotland, and the whole of the United Kingdom”.

No limits
Referring to Prime Ministers May and Shinzo Abe’s issuing of the Japan-UK Joint Declaration on Prosperity Cooperation, he explained: “In that declaration, they recognised the strong and growing trade and investment relationship, and the benefits this provides for both of our countries. This cooperation will include championing free trade across the globe, improving market access and enhancing that trade and investment relationship”.

Calling the potential of post-Brexit bilateral trade “significant”, he said: “Scotland’s exports to Japan were worth almost £500mn in 2016. That is an increase of almost 11% on 2015 figures. And if we support businesses to keep this level of growth up, we could see exports increase even further.

“To note a few, Japan is the largest market for Harris Tweed outside of the UK. And Peak Scientific supply specialist gas generation for research in Japan”.

Returning to the two-way nature of this trade and investment, he said: “Japan is the leading Asian investor in Scotland, with 85 companies employing over 6,000 people, with a turnover of almost £1.5 bn. These companies include Nikon Corporation and Reprocell Inc., who I have engaged with on this visit. Recently I was welcomed at the Mitsubishi Electric Corporation facility in Livingston, near Edinburgh”.

He insisted that leaving the EU represents an unprecedented opportunity for the UK and Scotland.

“We want to build a truly global Britain that is one of the firmest advocates of free trade anywhere in the world, working with partners old and new”.

In conclusion, he said: “There is no ceiling to what we can achieve together—on education, health, trade and investment. We are open for business. Be ambitious, be bold, and seize the opportunities that lie ahead of us”.

Finally, he put forward a strong case for the UK Department for International Trade which was created by Prime Minister May in 2016, shortly after the UK voted to leave the EU. “[The department is] dedicated to championing free trade, promoting trading opportunities, and facilitating finance”.