By Stephen Hawking and Leonard Mlodinow 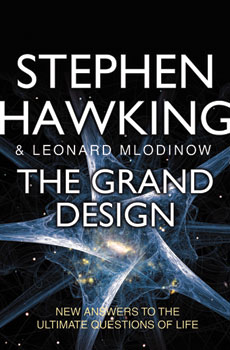 This is a book that has the ability to make you feel either quite smart or a bit stupid, and sometimes both within a relatively short space of time. Smart when you actually get some of the concepts that Hawking and Mlodinow have done their level best to render comprehensible for those without physics PhDs; and then stupid when they lose you.

While Hawking needs no intro-duction, except perhaps to point out he is almost certainly the most important British thinker of the last century, Mlodinow, with whom he also co-authored A Briefer History of Time, is an equally interesting character. As well as being a professor of physics at the California Institute of Technology (Caltech), Mlodinow has written children’s science books and even worked as a television screenwriter for shows including MacGyver and Star Trek: The Next Generation.

Given the subject matter, Mlodinow’s influence is probably behind attempts to make the expla-nations as folksy as possible. Indeed, no less than three of the book’s eight chapters begin with variations on the theme of “the ancient people of xyz believed that …”

The authors set out to answer three fundamental questions: Why is there something rather than nothing? Why do we exist? Why this particular set of laws and not some other? Then they warn that, unlike in The Hitchhiker’s Guide to the Galaxy, their answer to the Ultimate Question of Life, the Universe and Everything won’t be “42”. Whether or not one finds the authors slightly overdoing it with the pop culture references, they do deserve credit both for managing to present their ideas without a single mathematical formula — outside a couple that feature in cartoons — in the book’s 180 pages, as well as for an easily understood glossary of terms.

After extracts from the book were published in The Times prior to the volume’s release, the global media focused on the “Hawking says God didn’t create the universe” angle. However, those hoping for a science versus religion debate are likely to be disappointed. In the final chapter, the authors briefly touch on the topic to point out that there is no evidence a supreme being was the force behind the universe. And that’s it.

Far more interesting is the discussion of M-Theory, the most likely candidate for the unifying theory of everything that thwarted Einstein, and how it predicts that there are numerous other universes created at the same time as ours.