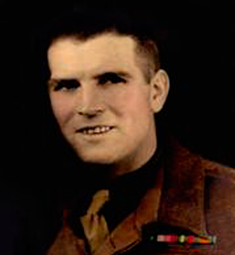 Lane joined the Manchester Regiment as a drummer and bugler in 1936.


A former British soldier has written what is probably the most authoritative and painstakingly researched book on the 1942 fall of Singapore. Arthur Lane’s account of arguably the worst defeat in British military history is all the more compelling because he fought in the ill-fated defence of the island and subsequently spent several years as a Japanese prisoner of war (POW).

70 Days to Hell is the 93-year-old’s 31st book about World War II, his experiences and those of men he knew. Despite his advancing years, it is clear that Lane still harbours anger at both his Japanese captors and the British government for what he perceives as the abandonment to their fate of troops in the Far East.

“It has taken me about four years to write the book, largely because of the need to verify information and obtain official documents”, Lane told BCCJ ACUMEN. “But someone needed to tell the truth because there were so many inaccurate stories being written and published and so many lies were being made to appear authentic.

“For example, the one about 50,000 Japanese soldiers riding bicycles who overtook Singapore in seven days”, he said. “That story was perpetuated by [former British prime minister] Winston Churchill to cover his own inadequacies”.

Born in Stockport, Greater Manchester, where he lives today, Lane joined the Manchester Regiment as a drummer and bugler in 1936 and saw service in Egypt and Palestine before arriving in Singapore in late 1938.

In the book’s foreword, Lane describes the preparations for the attacks that, it was clear, the government and senior military officials feared would come. He is scathing of the defences that had previously been considered sufficient to protect a critically important part of the UK’s presence in the Far East.

“When the war came in December 1941, I was on Singapore island and, from that day, my life completely turned around”, he said. “All the training I had done was to be of no consequence”.

Lane survived air raids from Japanese bombers and, after the ground troops had landed on the island, came under mortar attack. It quickly became apparent to the officers heading the defence of Singapore that their position was untenable.

“I was taken prisoner on the evening of 15 February, 1942, when I received orders from the regiment’s commanding officer to cease firing and destroy all weapons”, he said. “That was indeed a sad day for me, especially later when I went around the island disposing of the victims of the fighting’s remains.

“And in particular, when I recognised a friend or disposed of the remains of young people”.

Lane’s ordeal—and that of tens of thousands of other allied troops and civilians who had been taken prisoner during the campaign—was, however, far from over.

He soon witnessed the execution of five men who were accused of trying to escape, saw a Chinese woman being decapitated and “a boy being tortured by grinning Japanese soldiers”.

To escape the brutality of life in Singapore, Lane volunteered to join a party that was being transferred to Thailand. He did not realise it at the time, but he was being sent to work on the notorious “Death Railway” on the Thai–Burmese border, where he survived even more atrocities against POWs.

“After my capture, I witnessed many atrocities—murders, executions, beatings and instances of sadistic torture—and I was on the receiving end myself on a number of occasions”, he revealed.

“I was also one of a handful of buglers in the camps and played my bugle at thousands of burials for the victims of the ‘sons of heaven’”, he added. “I will never forget what the Japanese put me and my mates through, but that’s another story”.

Lane’s war ended in a makeshift hospital in Rangoon, Burma where he was treated for his years in captivity. He returned to the UK in late 1945 and left the army in September 1949.

70 Days to Hell, however, focuses on the day-to-day actions that made up the campaign for Singapore, and includes a background to the outbreak of hostilities in Malaya, the order of battle on both sides, the plan of defence for the island and detailed maps showing the progress of the attackers.

The book also draws heavily on official documents from several nations involved in the conflict, including reports from General Sir Archibald Wavell, who was in command of the Singapore garrison.

Most impressively, Lane has managed to reconstruct the events of every single day of the campaign, providing a map of both sides’ movements and an explanation of the day’s activities. Each day concludes with a list of the names, ranks and regiments of the men killed over that period, as well as the site of their graves.

Hundreds of the dead are listed as NKG (No Known Grave).

70 Days to Hell: A day-to-day account of the fall of Malaya and Singapore, December 1941–February 1942, Lane Publishing

BCCJ ACUMEN has two copies of this book to give away. To apply, please send an email by 30 April to: editor@custom-media.com. Winners will be picked at random.