The second part in our series on the 400th anniversary of UK–Japan ties notes some major events that have linked the two countries. 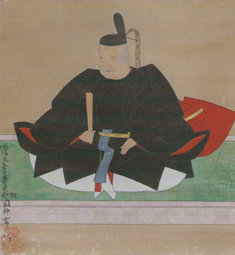 1600 William Adams, a seaman from Kent, becomes the first Briton to arrive in Japan. Acting as an advisor to Tokugawa Ieyasu (the founder and first shogun of the Tokugawa shogunate), he is granted a house and land, and spends the rest of his life in his adopted country.

1613 At the invitation of William Adams, John Saris arrives in Hirado, near Nagasaki in Kyushu, and is intent on establishing a trading factory. Adams and Saris travel together and meet the now-retired shogun, Tokugawa Ieyasu, and his son, Tokugawa Hidetada, who is ruling. In addition to a letter promising trade privileges for the UK, conveyed through Saris, King James I is sent two lacquered suits of armour that today are housed in the Tower of London.

1832 Three sailors from Aichi Prefecture—Otokichi, Kyukichi and Iwakichi—cross the Pacific Ocean from Japan. After arriving in the United States, they join a trading ship that travels to the UK and, later, Macau. Believed to be the first Japanese to set foot on British soil, Otokichi becomes a British citizen and adopts the name John Matthew Ottoson. He later pays two visits to Japan as a Royal Navy interpreter.

1858 After 200 years of attempts by the East India Company and others to expand trade with Japan, the Earl of Elgin concludes a treaty, which opens selected Japanese ports and secures the first permanent British diplomatic mission in Edo.
1859 Sir Rutherford Alcock KCB, the first permanent British representative in Japan, arrives in a climate of rapidly developing trade relations. Exchanges of information and ideas proceed quickly, most notably with the Choshu clan’s decision to send five students to University College London. The Choshu Five return to Japan with extensive knowledge that plays an important part in the construction of the modern nation.

1863 A British fleet bombards Kagoshima, Kyushu, in retaliation for the 1862 murder of a British merchant by the Satsuma clan. The incident reflects the still-delicate bilateral relationship.

1869 Prince Alfred, the first Duke of Edinburgh (1844–1900), visits Japan. This is the first in a long series of exchange visits by members of the royal and imperial families.

1902 The signing of the Anglo–Japanese Alliance affirms the bilateral friendship and leads to closer co-operation.

1910 The Great Britain–Japan Exhibition introduces Japan and its people to a broad sector of British society.

1914 The start of World War I sees the UK and Japan fighting on the same side.

1921 Prince Hirohito visits the UK, marking the first time a Japanese crown prince has been allowed to travel abroad.

1941 The UK–Japan relationship cools as the political events of the 1930s unfold. In December 1941, the UK and Japan are formally at war. Britons living in Japan and its territories, as well as Japanese in Britain and its territories are confined: some are repatriated while others are imprisoned throughout the war. In addition, many British and commonwealth soldiers and civilians in Asia become prisoners of war. Their experiences cast a deep shadow over bilateral ties for many years.

1951 The Treaty of San Francisco brings a formal end to wartime hostilities. Both countries begin to rebuild their relationship.

1953 The British Council is established in Japan to promote the UK: its culture, education system and economy.

1961 Princess Alexandra visits Japan. This trip and Prince Hirohito’s presence at the coronation in 1953 of Queen Elizabeth II re-establishes links between the royal and imperial families.

1970 The Osaka Expo—following the Tokyo 1964 Summer Olympics—further restores Japan’s place in the international community of nations. The stage is set for a long-lasting boom in UK–Japan relations.

1971 YKK Corporation becomes the first Japanese firm to open a factory in the UK.

1975 Queen Elizabeth II comes to Japan on a state visit. 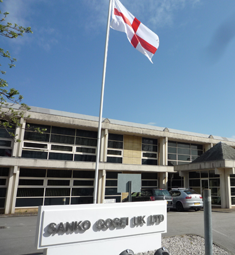 1988 Sanko Gosei, in conjunction with Marubeni Corporation, becomes the 100th Japanese firm to invest in the UK.

1989 Within the year, some 50 Japanese firms invest in the UK—a high point for economic relations.

1990 UK90, a three-month festival, promotes cultural relations between the UK and Japan.

1991 The Japanese government holds a Japanese festival in the UK, for the first time bringing many Britons into contact with aspects of Japanese culture.

1995 The foreign ministers of both countries endorse a UK–Japan action agenda. It proposes concrete ways of developing bilateral co-operation. The regularly reviewed and updated document continues to underpin the development of the relationship.

1998 The British government, together with the British Council, holds UK98, a UK festival in Japan. The prime minister, Tony Blair, visits Japan to launch the festival and, during the year, Emperor Akihito pays a state visit to the UK.

1999 The UK opens the British Trade Promotion Office in Fukuoka, Kyushu, following the 1995 opening of the British Consulate in Nagoya.

2001 Ten years after the first festival of Japan in the UK, the Japanese government holds Japan 2001—its second such year-long event. Crown Prince Naruhito visits the UK to attend the opening ceremony with the Prince of Wales.

2002 To celebrate the centenary of the Anglo–Japanese alliance, the British Embassy Tokyo launches a campaign to plant English oak trees in every Japanese prefecture.

2008 Celebrations mark the 150th anniversary of diplomatic relations between the UK and Japan—dating back to the 1858 Anglo–Japanese Treaty of Amity and Commerce. To mark the event, the UK government holds UK–Japan 2008, to honour what is best in terms of the creative and contemporary UK, as well as to promote UK–Japan collaboration.

2013 Japan400 recognises the 400th anniversary since the presentation of credentials from King James I to Tokugawa Ieyasu.

The 150th anniversary of the Choshu Five’s visit to the UK.