When the Great East Japan Earthquake struck the north-east of the country with such devastating power last year, Yoshihiro Hara had no idea how he might be able to help—but he knew he had to do something.

He also helped remove debris from shattered houses and cleared roads and drainage ditches of the rubble and detritus that was left in the wake of the worst natural disaster to strike this nation in living memory.

“After seeing how everything had been smashed up or swept away by the tsunami and left in ruins—and when I thought of all the people who had lost their lives—I was left with the lasting impressions of catastrophe and tragedy”, Hara told BCCJ ACUMEN.

“I also thought just how unfair life can be when a highway could draw the line between life and death”, he said. “There were areas on one side of the road, and closer to the sea, that had been completely devastated, but homes and buildings on the other side had not been affected at all”. 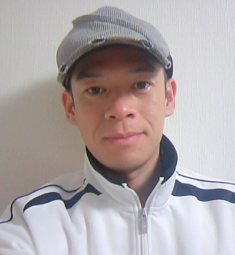 Helping in the emergency evacuation centres, he lost count of the number of times people thanked him—“with tears in their eyes”—as they tried to remain cheerful, despite their losses.

“I saw several volunteers helping others even though I knew they had lost loved ones in the disaster”, he said. “An elderly couple listened to a neighbour’s grief and anguish, although they themselves were in great distress”.

Hara was just one of 269 GSK staff members who were quick to volunteer with Team Orange—so named for their distinctive orange anoraks that the corporation’s volunteers wear—to assist in the disaster zone. Philippe Fauchet, president and representative director of GSK Japan, was among the volunteers.

They undertook tasks ranging from delivering relief supplies and operating a soup kitchen, to clearing debris, providing healthcare seminars and even planting flowers.

“We undertook these tasks not simply to achieve the short-term objectives but, rather, because we believe that it is part of our responsibility to support those who are in need”, said Mayuko Hashimoto, who oversees community activities at GSK Japan.

“We have the ways and means to support them and that is what we will do as a company which is also a member of society”.

Now, 19 months after the disaster struck, there is no need for soup kitchens or truckloads of emergency supplies. But GSK is still committed to providing support and moving the aid into a new phase.

“While many of those who have provided support tend to leave the affected area as local needs shift from emergency relief to longer-term rehabilitation, there are vulnerable people left behind, such as the elderly and people who have lost their jobs”, Hashimoto added.

“In addition, some communities need to be rebuilt”, she pointed out. “We help reorganising volunteers’ and supporters’ networks to support their NPO efforts, which will be a critical component of building a new community in the city, as well as sending volunteers regularly to events in temporary housing”.

Another innovative initiative will raise ¥65mn through a company-wide campaign to encourage staff to use less electricity, which will fund scholarships for 30 students from the Tohoku region to study pharmacy at university.

GSK, based in Brentford, west London, has a long history of assisting those around the world who are less well-off. 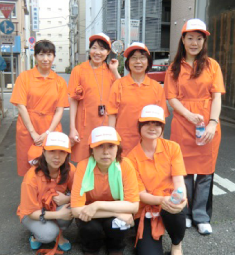 “As a pharmaceutical company, we are already contributing a great deal to society as we are able to provide cures for people who are ill”, said Yoshiaki Komatsu, manager of GSK’s corporate communications department. “We are also concentrating a great deal of our efforts on devising cures for rare diseases.

“Not many companies are interested in that field because of the difficulty and challenges involved in making this a sustainable business, but we at GSK believe we have the responsibility to find cures”, he stressed.

Globally, the firm provides people in developing countries with medicines they are not ordinarily able to access, including many medications that are provided free.

GSK also extends support to children with intractable diseases and their families. Staff volunteers help to operate summer camps for many of these children. The firm also has plans to establish a work experience programme for youngsters who attend a school close to its west Tokyo headquarters.

While much of the firm’s CSR and volunteer efforts were focused on people and places outside Japan before the events of March last year, it is recognised that a long-term commitment needs to be made to the people of north-east Japan.

GSK has also so far sent about 100 Team Orange volunteers to support Fukushima Indoor Park, where an NPO operates for children in Koriyama-city whose outdoors play is restricted due to the threat of radiation.

In the 12 months after the disaster, GSK staff had also donated over ¥2.4mn and more than 400 food packages, which were delivered by Team Orange and an NPO in March and June to the temporary houses in Ishinomaki, where many elderly people live. GSK has also helped generate cash from McLaren F1 Car events and donated revenues to NPOs which continue to work in the affected areas.

“I strongly believe that it is becoming increasingly important to help these people get over the psychological shock that they have suffered”, said Hara. “I sincerely hope that people will be able to regain some peace of mind through a combination of consultations at healthcare facilities, medical assistance from the government and counselling by volunteers”.

GSK, the firm emphasised, is certainly here for the long haul.