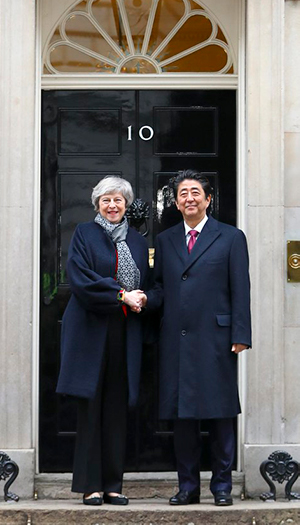 With one finger almost poised over the print button for the first issue of ACUMEN in 2019, we learnt that Japanese Prime Minister Shinzo Abe was going to London—the next day. News soon leaked that he would announce the end of Japan’s 23-year ban on selling British beef and lamb. Then, just when we thought Brexit couldn’t get more confusing, divisive and uncertain …

So here is your January 2019 issue, a bit late but more up to date.

On 10 January, Abe and Prime Minister Theresa May appeared at Downing Street to announce UK beef and lamb sales in Japan will be worth about £127mn over the next five years, “supporting farmers from the valleys of South Wales to the Highlands of Scotland”. International Trade Secretary Liam Fox, a regular visitor to Tokyo, said, “This deal brings significant benefits to producers across the UK at a time when British food and drink exports are at a record high”. Read more on page 18.

With Japanese firms employing 150,000 people in Britain, and combined trade of £28bn over the past 12 months, here are some of the other recent bilateral gigs: 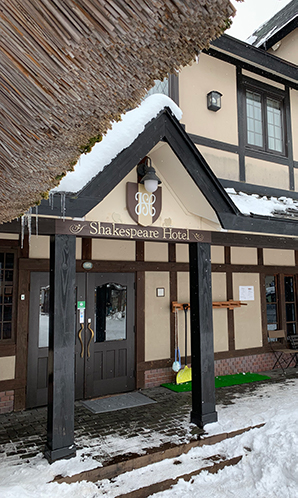 With Brexit looming, some cynics are again quoting William Shakespeare’s ubiquitous line from Richard III: “Now is the winter of discontent”. So, if you are heading to Hakuba, Nagano Prefecture, for the 4th annual Inter-Chamber Ski Race on 26 January—supported by the British Chamber of Commerce in Japan—and are seeking light relief you might want to stay at the delightfully eccentric, but warm and friendly, Shakespeare Hotel.

I don’t know who is behind the hotel, but, after spending the recent New Year’s holiday there, I can confirm it has engaging quirkiness and character, as well as icicles thicker and longer than my arms cascading from the gutters.

This landmark also features The Globe Bar—favoured by skiers for its classic ambience, bar games, Hemlock and Capsulet cocktails as well as bangers and mash—and a totally over-the-top Othello restaurant, named after the Bard’s circa-1600 tragedy and recently founded by a Japanese Michelin-starred chef. The hotel, bar and restaurant boast inviting log fires, Gothic arches, high and low timber beams, dark corners and church-like leaded windows.