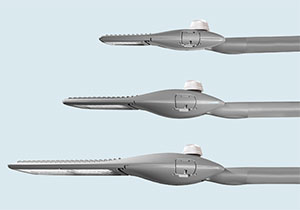 The first time that Chris Johnston visited Tokyo, he was horrified to find street lights on at 10am on a bright, sunny day. The lights, of a busy city street, were illuminating nothing and simply devouring energy, he said.

“It did catch me by surprise, especially because we always think of Japan as such a technologically advanced nation”, Johnston, international business development manager of Telensa Ltd., told BCCJ ACUMEN.

Johnston’s interest in the lighting of Japan’s streets is a professional rather than passing one. His subsequent visit to Japan, for six days from late February 2016, was as part of a mission of British firms and research centres focused on the smart energy sector.

Johnston’s firm, a recognised global leader in smart wireless street lighting, operates well over one million lights worldwide. He saw the mission as a springboard into Japan.

“I’m here to research the market and get a fuller understanding of who the main players are, how it operates and who we need to be speaking with”, he said.

On his first trip to Japan, Johnston held discussions with two firms, one of which was Tokyo Electric Power Company Holdings, Inc. In a country with 13mn street lights, he explained, there is “great potential” for Telensa.

“It’s surprising, but the majority of street lights in Japan are the old-fashioned and very inefficient sodium lamps, which use a lot of energy and cannot be easily adjusted”, he said. “Those lights are being replaced with LED lights, but it looks like that process will take some time yet”.

Telensa’s PLANet—public lighting area network—system is made up of three core parts: individual telecells that can be attached to new lamp posts or retrofitted to existing units, a base station with a range of around 10km, and a central control system from where an operator can adjust the lighting in a given area, on a specific street or even the light in one lamp.

One in every 10 of the street lights in the UK are connected to Telensa’s system, including every one in Birmingham.

Shifting to LED lights from the previous generation of sodium lamps immediately delivers an energy saving of 40–60%, said Johnston, but a dimming function available through PLANet provides significant additional savings, of as much as 35%.

Microchips in each light monitor the amount of energy being used and, when a light fails, it automatically registers at the central control. That, in turn, does away with the need for labour-intensive and costly manual examinations of every light.

“The system is dynamic, so we can dim the lighting in residential areas at the quietest periods”, he added. “We can also keep them on brighter in parts of cities with bars, restaurants and nightlife that goes on later”.

Cost assessments indicate that installing the system will pay for itself in as little as five years, with the return on investment over a 15-year period expected to be 500%.

One of the firms that turned down an initial approach from Telensa—citing the reason as the development of its own system—has since reached out and is keen to explore a possible working relationship with the Essex-based firm after its own efforts failed, said Johnston.

“There are some barriers that we would need to overcome before we could launch here, such as the radio frequencies that we use, but we see huge potential in Japan”, he added.

Smart energy and storage are important components of the British government’s economic and environmental plans, said Robin Grimes, chief scientific adviser to the Foreign & Commonwealth Office, who took part in a day-long seminar at the British Embassy Tokyo on 29 February.

“In 2013, energy storage was identified by the government as one of the UK’s current eight great technologies, in which the country has world-leading research and the potential to support UK growth”, Grimes said.

“Energy storage technologies are crucial in reducing carbon emissions and balancing out the variable production of electricity from wind and solar plants”, he added. “[Then-]Secretary of State Amber Rudd has said that storage represents a fantastic opportunity for the UK, and is a necessary partner of renewable generation to create a secure system”.

Since 2010, the Department of Energy & Climate Change, Innovate UK, Research Councils UK and the Energy Technologies Institute have committed more than £65mn to energy storage research, development and demonstration.

The knowledge and technologies that have been nurtured in Britain can help Japan’s smart technology sector, Grimes pointed out, particularly in light of the fact that Japan’s electricity market was liberalised in April 2016. The gas market is expected to follow suit in 2017.

“By the end of the 1990s, UK consumers were already choosing their own gas and power suppliers”, Grimes said. “With many years of experience, the UK has gained a breadth of policy and commercial expertise which we are happy to offer as Japan embarks on a similar journey to fully liberalise its own markets”.

Chris Wright, chief technology officer of Moixa Technology, agrees: “There is a lot of interest in Japan regarding what happened in the UK when we liberalised our energy markets, as this signifies a huge change for the industry here”. 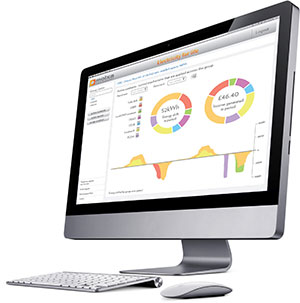 Moixa—which is behind the Maslow energy storage system and the GridShare virtual power plant cloud platform—is keen to share what it has learned with Japanese partners.

“We are at the cutting-edge in this sector in the UK and we are creating the next generation of energy storage products”, said Wright, who displayed his firm’s products and services at the Smart Grid Japan expo in January 2016.

“This sort of technology—gathering solar energy and then storing it so that it is available for the home at any time—is clearly valuable in a world in which renewable energies are uncontrollable, such as when the wind blows or when the sun shines”, he said.

As well as providing users with the ability to use energy whenever they want, Moixa enables the user to trade energy through its GridShare control platform.

The initial interest in the firm’s technology and services has been “very good”, said Wright, “even though we are really just starting these conversations in Japan”.

Moixa—whose corporate slogan is “The world just changed”—attracted a good deal of interest from Panasonic, itself a recognised world leader in terms of smart energy and storage systems.

Officials of the firm, which has constructed an entire smart community in Fujisawa, Kanagawa Prefecture, had many questions for Wright during the event, with the impact of deregulation an area of particular focus.

“This is a big, competitive market and, for companies that are not used to having to deal with new entrants—such as Softbank, which cannot be considered traditional energy providers—there are a lot of issues that need to be addressed”, Wright said.

Moixa is seeking to form a partnership with a Japanese firm to bring its proven technology and know-how into the market, explained Wright, adding that the potential financial savings are proving eye-catching.

“We are a small company, but that makes us agile and enables us to be quick to develop and build new products”, Wright said. “The energy industry used to move slowly, but recent changes have served as a serious wake-up call and we see that as an opportunity”. 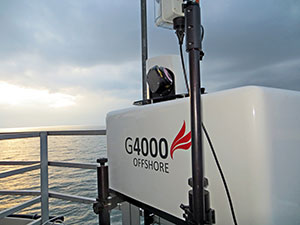 Another firm seeking to make inroads into Japan is SgurrEnergy, an engineering consultancy headquartered in Glasgow, Scotland. During the trade mission, the firm was keen to promote its advanced Galion light detection and ranging devices.

Designed to remotely measure wind speed and direction, Galion enables wind farm developers to get an accurate assessment of how much energy their equipment could generate when installed.

“We have consulted on 60% of Europe’s offshore wind projects and we’re actively targeting Japan because of the available opportunities”, said David O’Hare, business development manager.

While the Japanese offshore wind market still has a way to go to fulfil its potential, O’Hare is confident that Wood Group firm SgurrEnergy will be able to provide its expertise and knowledge.

“We expect the Japanese wind energy market to grow and we want to be a part of that”, he said. “We work with Japanese companies already, both in Japan and around the globe, and our track record and experience will help support the growing Japanese wind market”.