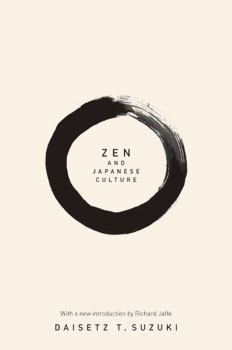 “It is impossible to speak of Japanese culture apart from Buddhism, for in every phase of its development we recognise the presence of Buddhist feeling in one way or another”.

So opens a chapter of Suzuki’s treatise on Zen and how it has influenced Japan. The work was first published in 1936; this is a revised edition with a new introduction and some minor changes.

Regarded as one of the most important works of the last century on the subject, Suzuki’s writing — all the more impressive for having been originally written in English — is easy to read and engaging. However, his nationalistic portrayal of Japan as a uniquely complex and essentially superior culture has attracted criticism and, apparently, has been toned down from earlier editions.