The fifth part of our series on four centuries of UK–Japan relations showcases a celebratory evening of shared history. 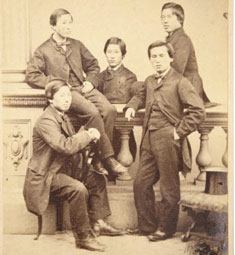 The Choshu Five studied at University College London from 1863.

Given both nations’ partiality to fine dining, excellent company and free-flowing drinks, it was appropriate that 400 years of close ties between Japan and Britain were celebrated at the BCCJ’s 400 Night at the Conrad Tokyo hotel on 18 July.

This year marks the 400th anniversary of the arrival in Japan of the first English ship, the Clove, carrying representatives of King James I. Dropping anchor in the port of Hirado, Kyushu, the ship signals the start of a long, generally close and warm diplomatic, trading and cultural relationship.

In a letter that reached London aboard the Clove, Tokugawa Ieyasu famously replied to the king’s overtures by stating, in part, “Though separated by ten thousand leagues of clouds and waves, our territories are as it were close to each other”.

Echoing this sentiment in the toast at the start of the evening, author, poet and television personality Nozomu Hayashi raised a glass and expressed the hope that the partnership would “last for ever”.

The 232 guests had been invited to attend in national dress, with a number of kilts and kimono proudly on display, along with numerous rugby and football shirts.

There was also a cricket shirt in the crowd, worn by Alex Miyaji, the Japanese–Scottish player who has been recognised by the Scottish parliament for his contribution to promoting the sport in Japan.

The glittering evening was further enlivened by well over 200 images, displayed on large screens, depicting some of the most important and memorable events and personages in the two nations’ shared history. 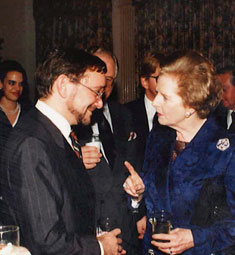 The Japanese emperor and empress were shown meeting Queen Elizabeth II and Prince Philip, while British ambassadors—past and present—appeared alongside victorious Japanese athletes at the London 2012 Olympic and Paralympic Games. The notables included Margaret Thatcher, Tony Blair, David Cameron, David Bowie, The Beatles and a host of other famous faces.

The event was supported by the Tokyo Chamber of Commerce and Industry, the Japan–British Society, the British School in Tokyo, VisitBritain, the British Council and other sponsors, many of which provided generous prizes for a series of draws and games throughout the evening. Officiating at the evening was BCCJ Executive Director Lori Henderson MBE.

Dyson provided an AM02 Air Multiplier Bladeless Tower Fan—which will come in handy in the long, hot summer ahead—while renowned British cider makers Aspall donated a case of their drink via the Hobgoblin chain of pubs.

The Conrad Tokyo offered lunch at their new Collage restaurant—scheduled to open in August—and Bella’s Cupcakes served up an assorted bakers’ dozen of their sweet treats.

Scottish Development International underlined their heritage with a mini hamper of Scottish delights, including Dundee cake, shortbread with chocolate and orange, and Earl Grey and Queen’s Darjeeling tea.

Meanwhile, Gaga Corporation donated two pairs of tickets for the preview screening of the film Diana—scheduled to open in October—and Agora Hospitalities Co., Ltd. provided a one-night stay in a Superior Twin Room at the Nojiri Hotel El Bosco and another night at the Agora Fukuoka Hilltop Hotel & Spa as soon as the latter reopens in September.

Hotel stays made popular prizes, with the Shangri-La Hotel Tokyo offering a night in a suite, Hilton Worldwide giving away a one-night stay in an executive double or twin room and The Peninsula Tokyo reserving a Deluxe Park View room for one lucky winner.

Further, the Grand Hyatt Tokyo donated a dining certificate for one of its restaurants; the Mandarin Oriental Tokyo provided dinner for two at its Michelin-starred Signature restaurant; Central Japan Railway Company invited one winner to sample the cuisine at London’s Matsuri St. James’s restaurant; and the Mie Project delivered its Berry White and Clipper Tea.

The evening was just the latest event in a year-long series of events, both in the UK and Japan, to mark 400 years of close ties between the two nations. 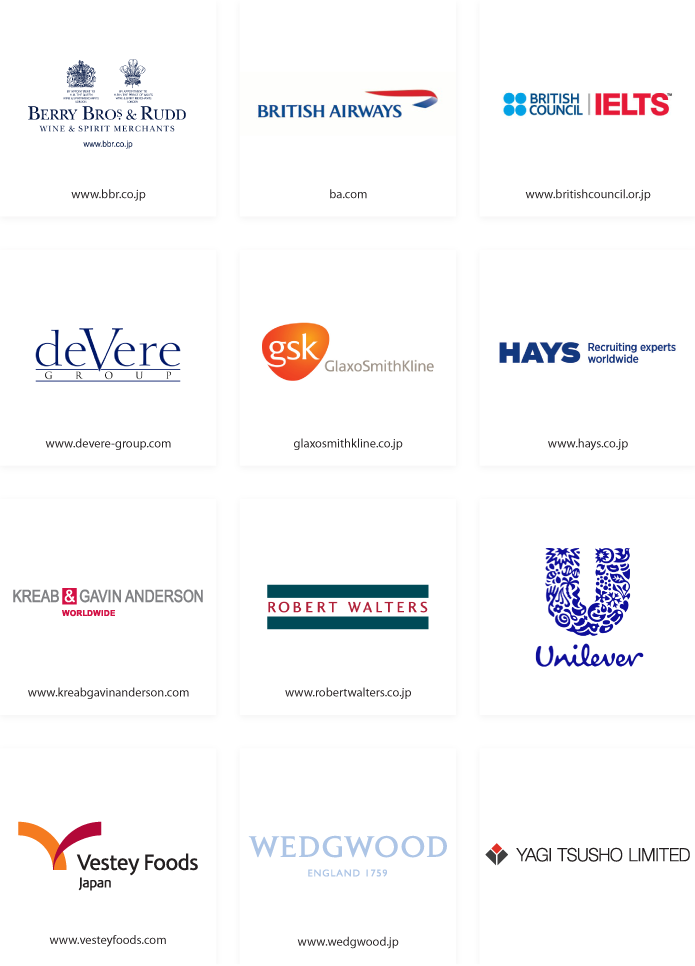