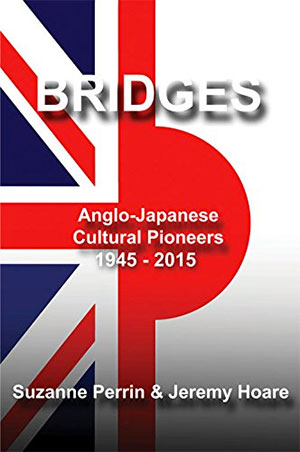 This handsome book features interviews with 10 prominent people involved in Anglo–Japanese exchange, showing the rich cultural diversity and interaction between professional people in the UK, the rest of Europe and Japan during the past 70 years.

It has been most carefully compiled and makes for fascinating reading, never once falling short on interest. The names of the majority of those interviewed will be familiar to anyone associated with Anglo–Japanese affairs, so there is a familiarity about it, and yet there are a few surprises within its pages, too.

No such volume would be complete without a contribution from Sir Hugh Cortazzi GCMG, one of the UK’s former ambassadors to Japan. For once, instead of editing others’ contributions, he speaks—and eloquently, too—of his own experience:

“I’m neither what you might call pro-Japanese nor anti-Japanese. That doesn’t mean to say that I don’t attach great importance to Japan; of course I do. I attach a great deal of importance to people understanding what makes Japan what it is today.

“But I think we mustn’t approach this in a racial, or a nationalistic, or a prejudiced way. I’d like us to approach Japan, and to see Japan as a key factor in the world, which it is, to appreciate its good points and to see where there are problems. But don’t let us ever do this in a way which is not at least self-critical”.

In this regard, Cortazzi might well have been speaking for the majority of the other contributors who, with one striking exception, are the authors of their own pieces; it is their voices we hear.

The exception is that of the late Geoffrey Bownas CBE (1923–2011), a Japanese linguist and scholar, to whose memory Bridges is dedicated. The contribution made in his name comes from his widow Wiesia Cook-Bownas. It is right that he has been included, for not only was he one of the nicest men you could hope to meet, but his contribution to the field of Anglo–Japanese relations was immense.

He is remembered as a dedicated teacher who was much loved by his students and as the man who put The University of Sheffield on the map as a centre for excellence in Japanese studies. But there was so much more to him: he was a poet, writer and translator who crossed the line—apparently easily—into the world of business. As Wiesia said:

“I think he fostered the knowledge of Japan in so many ways, not just as a scholar, but also in the business context. He was a person of many parts, and the importance of linguistics and cultural skills in this economic context, I think, was his most important contribution”.

Other, perhaps less well known, contributors include Robert Ketchell, a Japanese garden designer whose contribution to the book is down to earth and heart-warming, and the photojournalist and publisher Setsuo Kato.

All those included have made a great impact in the field of international understanding.