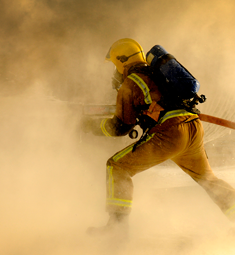 When Japan decided not to buy the Eurofighter Typhoon as its next-generation fighter aircraft, there was deep disappointment among the firms in the consortium that had designed it, including the UK’s BAE Systems plc and Rolls-Royce plc.

The decision, announced in December 2011, was mitigated somewhat in April, however, when Prime Minister David Cameron visited Japan.

In a statement issued with Prime Minister Yoshihiko Noda, the two nations committed themselves to working more closely in the areas of defence and security—particularly in the joint development of defence-related equipment.

The foundations for collaboration between the defence industries of both nations were laid while Simon Chelton was defence attaché at the British Embassy Tokyo, where he was posted for four years from 2003.

After leaving the armed services, and following a short spell in the defence industry, he set up Cheltons Consulting to bring together firms from the two countries and to develop new opportunities.

He describes the Defence Cooperation Memorandum (June 2012) between Japan and the UK as “very significant”.

“Overall, the new agreement enables the two countries to support each other as appropriate when they are operating in close proximity, such as in the Indian Ocean off Somalia, and working together to improve their respective equipment capability”, Chelton told BCCJ ACUMEN.

The equipment collaboration agreement is, thus far, the only one that Japan has signed with a country other than the US. It has ushered in a noticeable increase in consultations between the two governments as both sides explore the possibilities of the understanding. 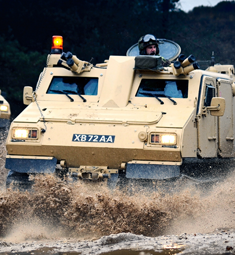 Since the end of WWII, Japan has had a single security treaty and has been very careful to limit its military capabilities. However, the conclusion of the Cold War in 1991 marked the end of several accepted defence certainties, making international security more complex.

“From an equipment capability perspective, it is worth reflecting that both Britain and Japan are island nations on the edge of large continents, and are dependent on external resource supply by sea. This means that both have similar needs for maritime and air military capability”, Chelton pointed out.

“The two countries have similar-sized defence budgets, and maintain ambitions to produce at least some of their military equipment from their own national resources.

“Neither country’s military spending is in any way comparable to that of the United States, so collaboration offers the potential for a more equal relationship with the US in this area”.

Chelton believes it will be important in the early days for the two governments to provide a suitable framework to allow collaboration.

“Both countries’ systems have significant differences. There need to be ways of similarly addressing the issues of protecting sensitive information, sharing information with allies, as well as handling intellectual property rights for jointly developed equipment and contractual procedures”, he explained.

“It is also likely that any early projects identified by the two governments will be at the smaller and non-lethal end, perhaps emphasising protective qualities”.

These ventures might include the development of body armour systems—an area in which British firms are world leaders—that enable troops to detect and identify nuclear, biological and chemical contamination, as well as protect themselves by such equipment as respiratory apparatus. In addition, they could develop technology to detect, disable and destroy land and sea mines. 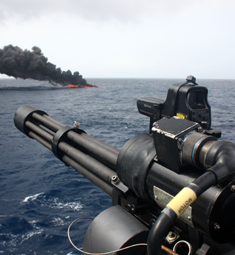 Off the coast of South America, the Royal Navy seized more than £33mn worth of cocaine believed destined for Europe, arrested the crew, and destroyed their speedboat.

Given that Japan and the UK share a great number of similar objectives in the areas of international security, peacekeeping operations and foreign policy in general, and both countries have similar needs regarding the protection of their respective homelands, future development efforts could evolve into larger, joint projects, involving, for example, maritime patrol aircraft or new-generation search-and-rescue helicopters.

As well as BAE Systems and Rolls-Royce, AgustaWestland and Thales both have large UK identities, significant interest in the Japanese market, and are likely to already be taking part in talks with potential partners.

However, there is a wide range of smaller British firms who currently do not have the capacity to maintain a presence in Japan.

“Helping these firms establish appropriate relationships with Japanese companies will be an important contribution to the collaboration landscape”, he said.

Chelton believes his service is designed to bring together firms on both sides—a sort of defence nakoudo (matchmaker).

“In yen terms, Japan’s defence budget has consistently declined in recent years, but the pressure to obtain greater value from a significant budget will continue to increase”, he said. “The UK’s experience in this area could be very useful to Japan.