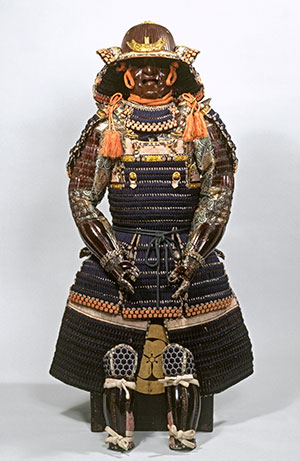 With some 550 newly curated exhibits, including iconic pieces commemorating UK–Japan relations, the Toshiba Gallery of Japanese Art has re-opened its doors at the Victoria and Albert Museum (V&A) in London, one of the world’s premier museums for art and design.

The refurbished gallery, which was re-opened on 4 November 2015, showcases craftsmanship and artistry from ancient and modern Japan. Items include:

Speaking to BCCJ ACUMEN about the refurbishment, Rupert Faulkner, senior curator of Japan at the V&A, said the museum’s Toshiba Gallery is the UK’s “most important showcase for Japanese art and design”.

“It has been a key hub for the promotion of understanding of Japanese culture in the UK, and attracts visitors from all over the globe”, said Faulkner, adding that it was the venue of the Return Banquet hosted by the Emperor and Empress of Japan during their visit to the UK in 2007. 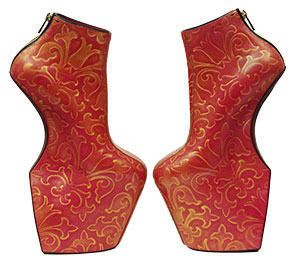 An example of the gallery’s Anglo–Japanese links is Kitty and the Bulldog, a display exhibited in 2012. Nine Lolita outfits were showcased, including examples referencing Alice in Wonderland, Goth and Glam Rock and punk festivals.

“All of us at Toshiba hope that the newly refurbished gallery continues to fascinate visitors to the V&A and to strengthen ties between Britain and Japan”.

Among the artefacts are a TV set and alarm clock in the shape of an astronaut’s helmet, designed after the first moon landing, and a Hello Kitty kettle. Lacquerware, ceramics, textiles, metalwork, paintings, posters and illustrated books are also on display. 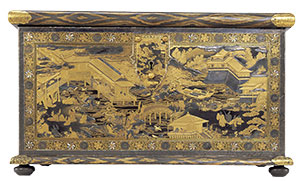 Highlights include the intricately decorated Mazarin Chest, from around 1640, that according to the V&A, is “one of the finest pieces of Japanese export lacquer to have survived from this time”.

There is also a life-size, life-like figure—known as an iki-ningyo (literally, a living doll)—of a samurai dressed in armour, which dates from the mid-1800s.

The oldest object among the exhibits is a round-bottomed stoneware jar, of the kind buried with the dead for their use in the afterlife, from the period AD 500–600.

According to the V&A, refurbishment of the gallery was undertaken as part of the museum’s FuturePlan: an ongoing project to create beautiful, contemporary settings for its internationally renowned collections.