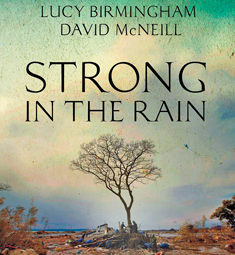 Strike Three
Two years on and, despite enormous rebuilding efforts, the devastation from the Great East Japan Earthquake is still apparent.

Thousands of people are still living in temporary accommodation and it is perfectly possible to believe in the apocalypse in parts of north-eastern Japan. Whole communities have been wiped out and, in many cases, it is unlikely that they will ever be restored.

Some, it is true, were on their last legs anyway, such as those with young people who were moving away into the cities. But other communities—with viable fisheries, farming, and brewing interests—were dealt a lethal blow when, on the afternoon of 11 March, 2011, a massive earthquake struck off Japan’s coast. It triggered a tsunami of biblical proportions and, in turn, set off a chain reaction involving the meltdown of three reactors at the Fukushima Daiichi Nuclear Power Plant.

It is not at all surprising that the eyes of news reporters around the world zoomed in on an incident that would take tens of thousands of lives and throw into question the safety of nuclear energy.

Japan-based journalists Lucy Birmingham and David McNeill have collaborated on a book that goes beyond and beneath the sensationalism that was unleashed by the news networks in the immediate aftermath of the triple disaster.

Instead, their book looks at some very personal experiences: six individuals with six very different stories. They are at times heroic, always dramatic and immediately engaging.

Both writers are experienced reporters and have gone to great pains—sometimes disturbingly so—to let us hear their subjects’ voices.

However, they have also spent time researching and reporting on the lessons that Japan should learn from this extraordinary event.

Their research has been meticulous and it is to their enduring credit that they have avoided the temptation to sensationalise.

In addition to airing the experiences of those caught up in the disaster, the authors speculate on what lessons might be learnt and offer some rather frightening statistics about radiation levels.

However, it is here where I begin to question the writers’ impartiality and authority. The science is questionable.

The book is appropriately illustrated, many of the photographs coming from BCCJ ACUMEN contributor Robert Gilhooly—the others largely provided by the authors themselves. 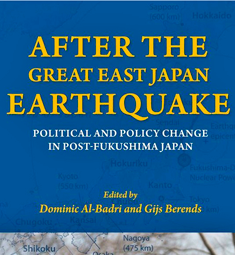 A Third Opening?
In the immediate aftermath of the 2011 Tohoku earthquake and disaster, commentators made much of the enormous impact of the triple disaster over and above the obvious physical damage and the devastating human toll.

Some went so far as to suggest it would be the third opening of Japan, following the Meiji Restoration (1868–1912) and the post World War II occupation.

While there is no doubt that the triple disaster prompted a crisis on a scale that no country in our lifetime has experienced outside warfare, two years on we are better able to evaluate the true impact on social and political policy.

After the Great East Japan Earthquake—written by diplomats and policy experts in European embassies in Japan—offers a unique perspective on whether the events of 11 March have had a significant impact besides the obvious trauma.

Perhaps it is too early to really understand the long-term effects, but it is surely time to consider such things as energy policy, agricultural implications and food safety, aside from the economic impact.

Here is a book that does just that. It is academic in its approach but is no less readable because of this. Indeed, the way it looks at the impact that the disaster had on Japanese politics on a broader level is very entertaining.

The book’s contributors were all resident in Tokyo on 11 March and were all working in European diplomatic missions at the time.

One of the writers is Richard Oppenheim of the British Embassy Tokyo. His contribution, like the endeavours of his associates, highlights important considerations that Japan must address.

But the truth is, there are lessons for us all.