Off the beaten path

Complete reference on museums across the nation 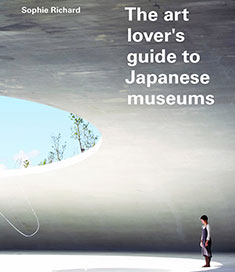 According to the Ministry of Education, Culture, Sports, Science and Technology, Japan boasts some 5,600 museums.

The major national institutions in such places as Tokyo, Kyoto, Nara and Kyushu are fairly well known to non-Japanese with an interest in the country’s history and culture. Information on these venues is largely accessible through the Internet and various travel guides.

But there are many other museums—most of them private—that are far less easy to locate. Yet they are in their own right true gems, hosting priceless collections, some of which are idiosyncratic.

Sophie Richard has visited many of these sites and has shared her experiences in a beautifully produced book that deserves a place on the shelves of anyone who claims to know anything about Japanese culture. It is evident that for her, this is a work of love.

Her writing is clear, informed and to the point, and the chapters are wonderfully illustrated. The book is cleverly broken down geographically and there are very useful indexes that guide the reader by theme.

A most practical guide, the book is also a pleasure to read. Kudos to the Japan Society for publishing it. 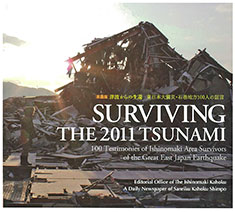 Given the enormity of events in north-eastern Japan on 11 March 2011, it is no surprise that there has been a stream of accounts about the triple disaster.

The emotionally charged, not necessarily well-informed concerns about radiation aside, the devastating post-quake tsunami has attracted most attention.

The most dramatic images transmitted around the world straight after the disaster portray devastation of Biblical proportions. It was one thing to watch; for those caught up in it, the experience was altogether more terrifying.

Here we have a collection of 100 reflections on the event. Originally a series of interviews (in Japanese) that appeared in the daily newspaper The Ishinomaki Kahoku, the volume is the work of a number of volunteer translators.

The collection was inspired by the commitment of Dr Hitomi Nakanishi, of the University of Canberra. The 100 accounts by people who survived the tsunami are dramatic and frightening. Ultimately, though, they are heartwarming testaments to human beings’ capacity to overcome the most daunting of challenges.

The book is replete with illustrations. Some have become iconic and instantly recognisable as symbols of the disaster.