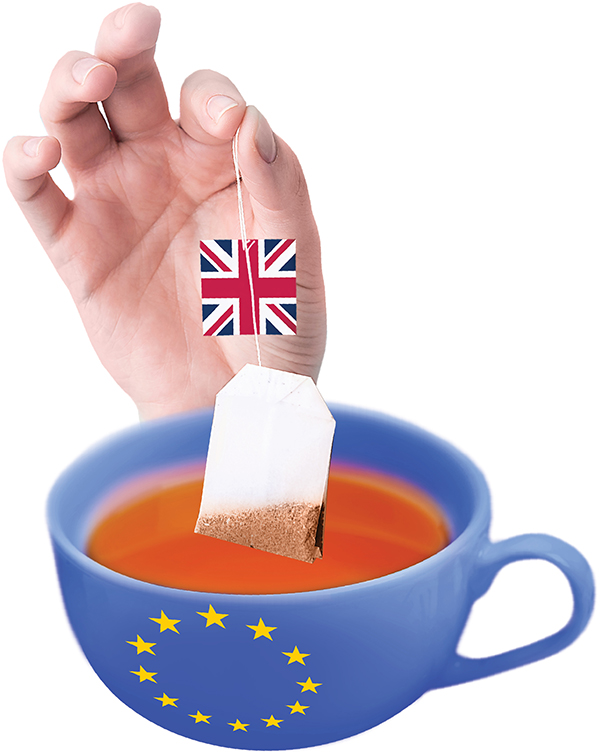 So, Brexit is “done”. Or it has just begun, I suppose. What happens next is still very much anyone’s guess. All this reminds me of the first time I lived in the UK for an extended period, in the early 1960s.

At that time, the UK was not even a member of the European Community (EC), as it was then called. Britain’s entry into the EC­—or Brentry­—had not yet happened. It would not do so until 1973. “I don’t hold with the common market” was a phrase that often cropped up in Agatha Christie novels written during that period. It could be heard in the tele­vision series Coronation Street, too, I suspect, although I have no precise recollection.

Not being a part of the common market nor the common agricultural policy meant that the UK’s non-homegrown fruits and vegetables—of which there were very many—all seemed to come from Israel. My mother used to complain of the lack of choice when it came to things such as aubergines and green peppers. Al dente was a non-existent concept in pasta cooking in the UK during those years. Indeed, the word pasta itself had not entered the pre-Brentry lexicon, if I remember correctly. All people talked of was spaghetti. On toast. Totally overcooked. Topped with a fried egg.

Having become a thoroughly committed Beatle­maniac overnight as a little girl, I naturally started to take an interest in the rock scene in continental Europe— not least because the Beatles used to perform in Hamburg before Beatlemania took off. And yet, “the Continent” was still somewhere you went on holiday. Indeed, “Europe” meant “the Continent” and vice versa. You had to cross the channel to go to Europe.

My mother accompanied my father to the UK in 1980–82 for his second posting there as a businessman. I did not go with them because I was already working with my first employer, the Mitsubishi Research Institute. In those pre-email days, my mother and I corresponded by post and talked over the phone every five days or so. She reported vividly of the changes and non-changes she detected in the Brentered UK. Aubergines were now available—although, in hindsight, not quite as readily as they are now. Not only green peppers, but red and yellow ones had also started to appear in stores. Everything was still overcooked, but not quite to the extent of the pre-Brentry days. The quality of coffee had improved somewhat. Beer was still warm.

Then came my own second stint living in the UK. This was in 1990–98 as a representative of Mitsubishi Research in London. I marvelled at the transformation from my girlish Beatlemaniac days. Britain of those years still had the feel of an industrial nation. Now it was a place thriving on tourism and finance. In the 1960s, Stonehenge was a vast emptiness in which the stone circle itself was the only thing in sight. Now it had become a theme park. Cold beer had finally arrived. London had become immensely multicultural.

And yet the ambivalence about EU member­ship was still detectable. For one thing, there was the turmoil over membership of the exchange rate mechanism (ERM) of the European monetary system. The UK catapulted itself into the ERM in 1990 and hurled itself out again in 1992. To refresh your memory, the ERM was a complex system of fixed exchange rates that the EC had adopted prior to the introduction of the euro. It was launched in 1979. After a turbulent start, the ERM was actually beginning to work rather well as a de facto Deutsche Mark-pegged currency regime towards the end of the 1980s.

All this, however, came to an abrupt end with German unification. The great Deutsche Mark had become the single currency of unified Germany, where East and West found it very difficult to meet in eco­nomic harmony. As a result, the new German Mark became a highly volatile and unpre­dictable currency. Other members of the ERM had an extremely hard time keeping track of its erratic behaviour. This played havoc with their monetary policies.

The UK joined the ERM in the midst of all these lively developments. This impeccable lack of timing is somehow remarkably British. So, too, was the timing of Brentry, come to think of it. Could it be that the timing of Brexit shares this Britishness? In any event, the UK left the ERM in 1992 and did not join in the euro project. The rest is history.

As I left London in September 1998 to come back home, people still could not make up their minds about whether the UK was semi-detached from, or semi-attached to, the EU.

So, what is it to be now that Brexit is a reality? The pre-Brentry days of the 1960s? The gradually Brentering 1980s? The half-in half-out 1990s? Will the UK become the DK, the Disunited Kingdom? Fascinating. Simply fascinating.