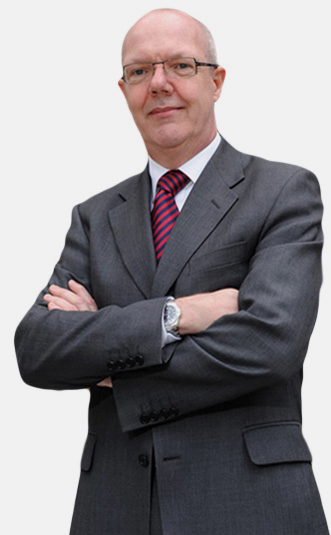 The Royal Society of Chemistry (RSC) opened an office in Ochanomizu, Tokyo on 1 November, with Chief Executive Dr Robert Parker using the occasion to call on the British government to follow in the steps of Japan by increasing spending on the sciences to drive economic growth.

The society’s new office is in the headquarters of the Chemical Society of Japan, and Parker told BCCJ ACUMEN that he hopes that raising the profile of the RSC here will lead to increased opportunities for like-minded experts to exchange opinions and share ideas.

“There has always been very good research conducted in Japan, a lot of it world-class, and not all countries are like that”, he said. “This is not only about chemistry articles being published, but we see this as an opportunity for networking, for getting people together and trying to work on some of the global challenges that we face.

“It is also about helping young people and developing them into scientists”, he added.

Back in the 1980s, Japanese scientists were the biggest single providers of papers to the RSC’s journals, at times providing as much as 40% of the total. And while that may have been eclipsed in recent years by the output from other nations, notably China, chemists in Japan and the UK have a long history of working together.

In his speech, Professor Yasuhiro Iwasawa, president of the Chemical Society of Japan (CSJ), pointed out that the two organisations have a history that dates back exactly 150 years, to when the University of Tokyo’s chemistry department opened.

One of the earliest arrivals was Dr Edward Divers, the British experimental chemist and medic who was educated at the Royal College of Chemistry and was invited to Japan in 1873. Divers spent 26 years teaching in Japan, was awarded a number of national honours, and his statue still stands in front of the University of Tokyo. 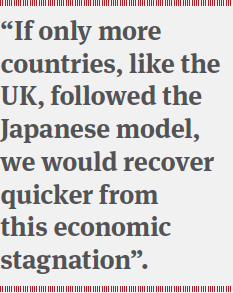 The two societies signed a five-year International Cooperation Agreement in London in July, Parker said, that “strengthens the already excellent working relationship our two societies have, and will lead to joint projects and events designed to encourage collaboration between Japan and the UK.

“We want to develop projects with industry and academia on key areas of science—such as energy, health and sustainability, the main themes of our annual Chemical Sciences and Society Summit, where the RSC and CSJ are leading contributors”, he added.

The RSC also has bases in India, the US and China, although Parker bemoaned the lack of financial help provided to chemists.

In the UK, he warned, a “short-sighted approach to science funding” will inevitably leave the UK falling behind the rest of the world in its research capabilities.

“Although the UK science budget has been frozen until 2015, this equates to about a 15% cut over the next four years once inflation is taken into account”, he said.

“This year alone has seen a 5% drop in UK science funding and a 5.4% fall in research councils’ budgets”, he explained. “Japan, on the other hand, decided on a 2.1% rise this year and is proposing another 5.8% increase in 2012.

“If only more countries, like the UK, followed the Japanese model, we would recover quicker from this economic stagnation, thanks to the enormous contribution that science and technology make to our economy”, he added.