In spite of arguably the worst economic conditions in living memory and all the complications of doing business caused by the ongoing coronavirus pandemic, British companies are still working hard to bring high-end food and drink to the Japanese market.

In stark contrast to the event two years ago, Foodex 2021 was a far quieter affair, with the vast majority of foreign businesspeople unable to attend. The exhibition has evolved into the largest and most important food and drink show in Asia but, due to the government’s restrictions on inbound travel, visitor numbers were far lower and the frenetic energy that had become a hallmark of the event was missing.

But exhibitors were quick to point out the upside of that situation. Fewer passers-by and potential new partners jostling for samples, business cards or a casual conversation about a company’s products and services meant there was more time to have discussions likely to lead to a meaningful business relationship down the line. And many were simply relieved that the event was able to go ahead at all after last year’s cancellation due to the pandemic.

With UK-based representatives unable to make the journey this year, the task fell to existing local partners and distributors to communicate the appeal of Scottish seafood, Welsh cheese, butter, whisky and gin, plus English sparkling wine, rose and craft beers.

“We started imports in 2019, at the same time as the Rugby World Cup was being played here, because we realised that, while not too many Japanese people know a great deal about the Welsh, they would certainly know more about them by the end of the tournament”, said Clifford Chung, who is marketing cheese and butter produced by the Calon Wen co-operative comprising more than 20 organic farms in Pembrokeshire, Wales. 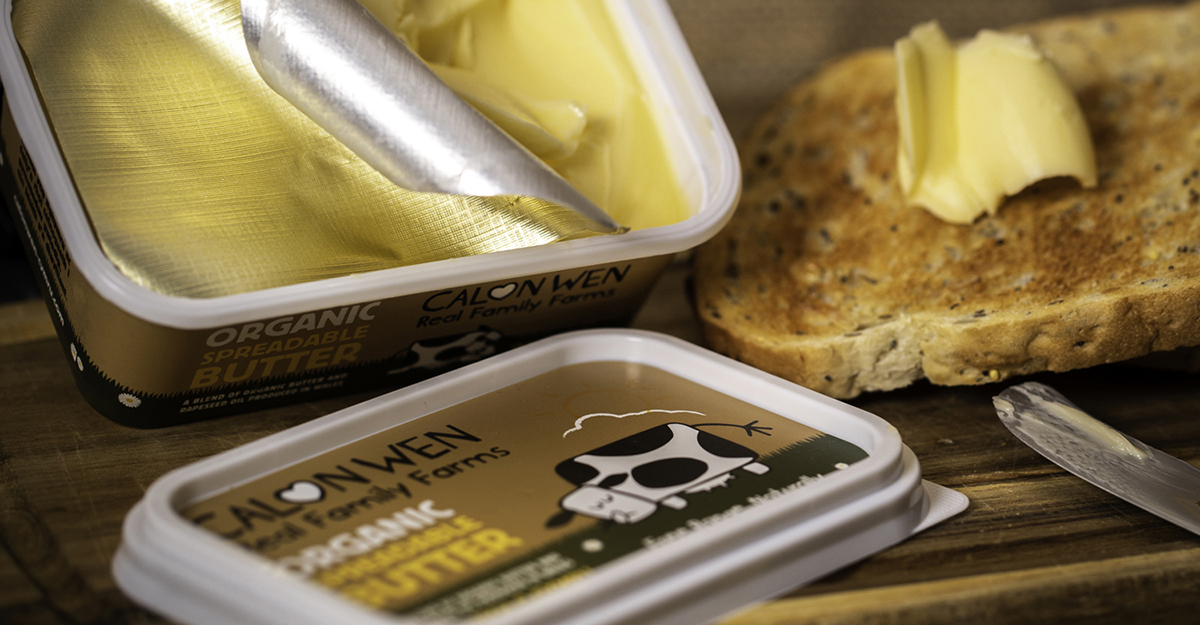 With Wales making it all the way to the semi-finals of the tournament and winning over legions of Japanese fans, that marketing ploy turned out to be inspired. Calon Wen is now importing a limited but sought-after selection of products, according to Chung. The extra mature organic cheddar and Rossett Red are attracting a firm following among expatriates tired of the processed cheeses that are the staple in Japan.

“Our cheeses are definitely at the premium end of the market, but it has quickly become clear that a lot of Japanese people have only tried processed cheese and really have little understanding of just how good real cheese is”, he told BCCJ ACUMEN. “And that means that once they do try it, they are surprised at the difference. 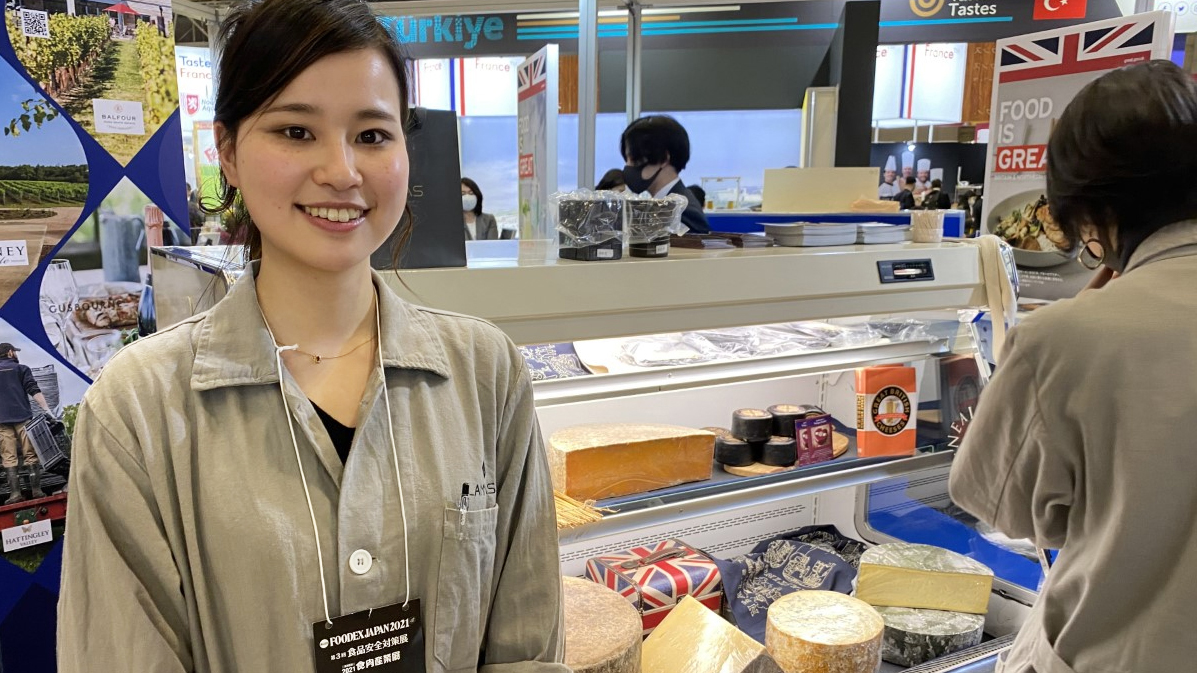 “As well as the expat market, we are popular with Japanese people who have lived abroad and have returned to discover that they can’t find a good mature cheddar, for example”, he said. He added that much of his task in the early stages of promoting Calon Wen products is simply educating Japanese consumers about what they have been missing.

The company’s spreadable butter—the only product of its kind in Japan—is also the only European dairy product to have been awarded the Japan Ministry of Agriculture, Forestry and Fisheries’ organic certification. “Being able to have that certifi­cate displayed along­side our products in supermarkets such as National Azabu or depart­ment stores like Isetan Shinjuku and Matsuya Ginza has given us a huge boost because it is recognised and appreciated by Japanese consumers”, Chung added.

Inevitably, he admits, there have been bumps in the road. The tax on imported butter, for example, is 40 percent, since Japan wishes to protect its manufacturers. Thus, when combined with the cost of shipping, the price of a 250-gram pack comes to ¥2,500, which is 15 times the UK price, Chung said, explaining that “people still want it and they are willing to pay for it”.

Lammas, a high-end delicatessen in the Sangenjaya district of Tokyo, has been working with Neal’s Yard Dairy in London since 2019 to import British farmhouse cheeses.

“We are the only store in Japan to import from Neal’s Yard Dairy, who were really keen to come to Japan and partner with us to market their cheeses”, said Seika Chevallier, the manager of the Sangenjaya store. “Before the pandemic, most of our customers were restaurants, but that has changed”, she explained. “With restaurants closed or limited in the hours that they can operate, we are now doing more direct retail business. We are also seeing that people do appreciate real, traditionally made cheese”, she said.

As with other companies, part of the challenge in Japan lies in convincing consumers that, for example, the veins of blue Penicillium roqueforti that run through the rounds of cheese are there deliberately, safe to consume, and add to the flavour. “We spend time explaining in detail that the blue veins are quite normal and we give people samples to show them just how good it is”, said Chevallier, who is, ironically, married to a French national.

UK beers, wines and spirits were also well repre­sented at this year’s Foodex, including a selection of British sparkling and rose wines produced by vineyards in Kent, Sussex and Hampshire.

London wine and spirit merchants Berry Bros. & Rudd are promoting their range of high-quality wines in Japan, emphasising that while French, Italian and Spanish vineyards used to enjoy all the attention of consumers here, there is an increased understanding that growers in southern Britain are taking advantage of rising temperatures.

Within the past four decades or so, climatic conditions have been ideal for growing grapes. And, as a result of changing growing conditions, counties along the southern coast of the UK are nearing the perfect environment for producing champagne. 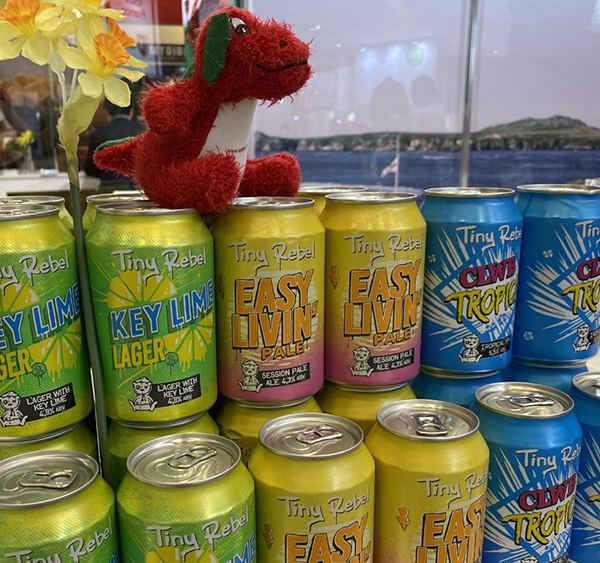 Although drinkers here have plenty of excellent vari­eties of their own, whisky is synonymous with Scotland as far as Japanese drinkers are concerned. But Yoshinari Matsuda is out to change that perception.

In a recent blind taste test, 200 Japanese whisky experts were shocked to discover that the one the majority selected as being their favourite was Penderyn, a Welsh brand aged in a sherry cask: that is, a cask that has held the fortified wine sherry.

“The experts concluded that this whisky works for Japanese people because it goes with our cuisine”, Matsuda said. “They were just surprised to discover that it comes from Wales”.

The Penderyn Distillery, in the southern reaches of the Brecon Beacons, is the result of a discussion, in the late 1990s, in a village pub among a group of friends. Benefitting from a spring of natural water ideal for whisky, the distillery opened on St David’s Day 2004, with Prince Charles present. It produces drams that are fresh, fruity and full of flavour.

In the intervening 17 years, Penderyn has won more than 50 gold medals in competitions and the whisky is now available in more than 40 countries.

“Penderyn whisky is well known in Wales but less so in Japan”, said Matsuda. “We are trying to communicate to restaurants, bars and hotels that this whisky suits the Japanese palate perfectly, and we have high hopes for the market in the near future”. 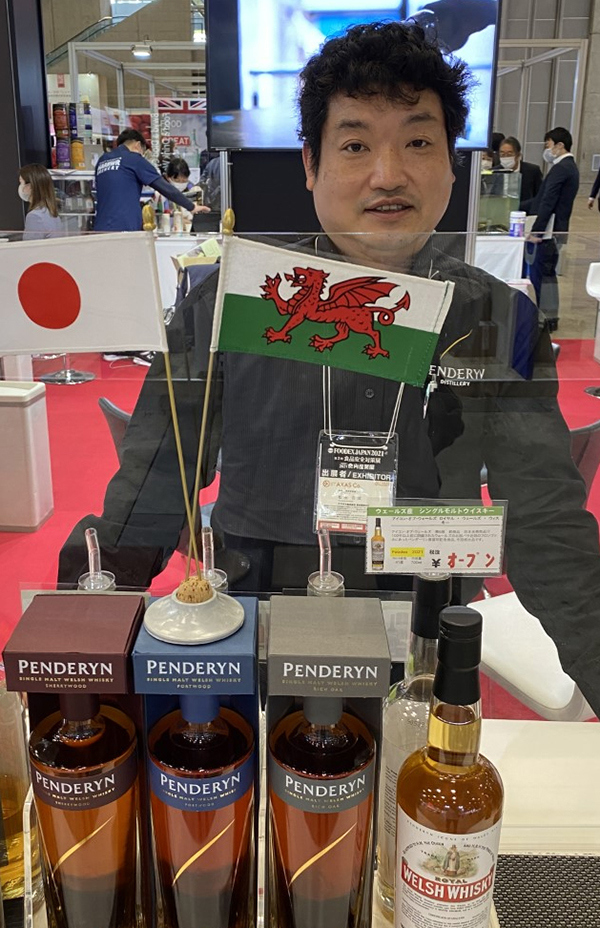 Macduff Shellfish Ltd, based in Peterhead, Scotland, processes more wild shellfish than any other company in Europe and is keen to export more scallops, langoustines, crabs and whelks to a nation that famously has a taste for seafood. The pandemic, however, has had a serious impact on Japan’s restau­rant trade and impacted imports. “The food service industry has been hit hard by the pandemic, with lots of shops closing early and others finding it hard to stay in business”, said Akira Senaui, key account manager in charge of Macduff Shellfish for the Japan office of Canadian firm Clearwater Seafoods Ltd.

“A lot of our business has traditionally been with the food service sector, such as kaiten sushi restau­rants. But as that has weakened, we have discovered that sales to the public through high-end grocery stores and other outlets has increased”, he said.

And he remains positive that, when the product is this good, the business will come back.

“It has been difficult and [the pandemic’s] not over yet”, he added, “but I am sure the industry will get out of this and be just as strong”.