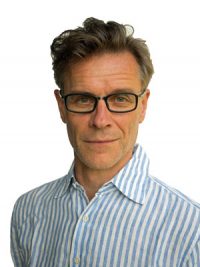 Japan is in the middle of a tourism boom. In 2016, according to the Japan National Tourism Organization, the country welcomed 24mn inbound visitors, a rise of 22% on the previous year. Even so, the country still lags behind the UK, which attracted 37mn visitors between December 2015 and November 2016. The Japanese government, meanwhile, is targeting an annual figure of 40mn visitors by 2020, the year Tokyo hosts the Olympic and Paralympic Games.

To achieve that number, over the past two years the Cabinet Office has enlisted the help of what it terms Cool Japan Ambassadors—individuals from the world of journalism, fashion, business or culture able to promote various aspects of the country.

The use of the word cool might immediately bring to mind anime, Japanese fashion brands and video games. Yet, since not all visitors can fit into trendy areas, such as Tokyo’s Harajuku district, that are known for them and, indeed, not everyone is interested, tourism-related bodies are working to promote a broader image of the country. It is this that informs the choice of the nation’s 38th Cool Japan Ambassador: Paul Christie, chief executive officer of the tour firm Walk Japan Ltd.

The Itsukushima Shrine in Miyajima Prefecture

Since 1992, the firm has been leading tours into the Japanese countryside to showcase features of traditional culture and natural beauty to which tourists typically might not have access or that they might not even associate with Japan.

“I believe the people connected with promoting Japan at large are maturing in the way they think about promoting Japan”, he told BCCJ ACUMEN. “Things like anime are distinctly Japanese, but a very modern Japanese. I can understand why they fixated on that sort of thing at first, but I think now the Japanese are being more thoughtful and thinking about Japan’s deeper attractions.

“I will be focusing on what I think are the most salient points of Japan, which are its elegance in particular—it’s a very elegant country”, he said, highlighting Japanese fashion, service, food, people’s demeanour and the general way of doing things in the country as examples of this elegance. “This I suppose, arguably, is cool—it depends how you want to define the adjective cool in this case. But for me, that’s what’s cool about Japan, so that’s what I’ll be focusing on”.

For the time being, Cool Japan Ambassadors aren’t being given specific instructions regarding their role. So Christie and the public relations firms Walk Japan use are plotting their own path. 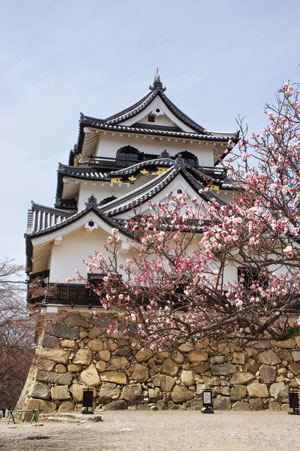 Hikone Castle in Gifu Prefecture is one destination for Walk Japan.

“We’re still thinking about how best to do this because when I start I want to make sure it’s the sort of format that we want to keep for an extended period”, he explained. Given Christie’s travelling and wide range of experience in the country, that will involve allowing followers to vicariously experience “the elegant Japan that I know and the elegant Japan I’ve yet to come across through photographs and using social media to promote that”.

The government’s hands-off approach extends to the duration of the role, with Christie not having heard about any specific time limit. But that suits Christie, as he sees it as an extension of his existing work, and so it is something that could continue well into the future.

“For me, I just see it as something else that’s part and parcel of what I do—it’s not like I have to do something particularly different. It fits very well with the activities I’ve been doing with Walk Japan for the past 20 years and our community projects, so it’s very simple for me.

“It’s provided me with a slightly wider platform to promote Japan and promote our business than we had before”, he added.

The selection process was somewhat opaque, with little prior indication that Christie was about to have this new role bestowed on him.

But that is not to say that the recognition came from out of the blue. The work that Christie and his wife do to promote Japan and Oita—the prefecture where they live—through Walk Japan’s tours and community projects initially attracted the attention of Katsusada Hirose, governor of Oita. That led to Christie’s recognition as a Cool Japan Ambassador.

The opportunity comes at an interesting time, with the Japanese tourism market set to enter the next, more mature phase in its evolution.

“The low-hanging fruit has been largely picked. Now they have to think about how they reach the higher fruit on the tree and promote those areas that haven’t received much inbound tourism, and also promote things which are more subtle, which is what I would call the elegant Japan.

“It’s an exciting time to be in this industry, in this country, definitely”.