Cruising is a big industry, with millions of people getting on board countless luxurious vessels around the world each year. And while Japan might not be the first destination you think of when considering a cruise, the country is becoming more popular and it’s people keener on cruising.

With an array of ports offering easy access to some of the country’s tourist hotspots, it’s perhaps no wonder that a growing number of people are opting to sail around Japan, or to choose a vessel which stops off in Japan while it makes its way around North Asia.

One of the leaders in this new wave of Japanese cruises is British Chamber of Commerce in Japan member Cunard Line. 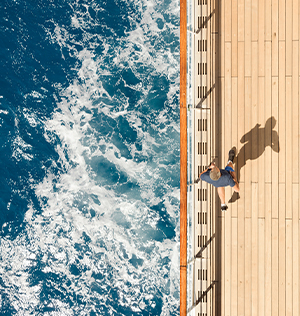 BCCJ ACUMEN asked Vice President of UK Sales and International Development David Rousham how important Japan is for the firm.

“Japan has become quite a positive market for us in terms of sourcing”, he said. “We’ve experimented a couple of times in recent years, this year and last year, on what we term to be a loop deployment—which is circular—so home port out of Kobe in 2017, and Osaka in 2018.”

“Both of those occasions have created a lot of positive PR, but not only that, it created a lot of bookings, a lot of interest from the local Japanese markets”, Rousham said, adding that 2019 will see a doubling of capacity on sailings in and around Japan, with two loop journeys setting sail from Yokohama.

“Those Yokohama loops will be attracting Japan-sourced guests. At the same time, we’re marketing in other parts of the world, so we do expect some Brits, Americans, Australians, Germans, which are four of our other big markets, to find Japan a good place to go to”, he added.

Rousham said Japanese guests come to Cunard looking for the British pageantry seen on occasions such as the recent royal wedding.

“We don’t hide away from the fact that our linkage with the royal family, our linkage with British heritage, is very strong and that is what the Japanese passengers want to see,” he said, adding that the vessels have British pubs on board, to which at certain times of the day “the Japanese flock for a bit of British pub grub in a Cunard style”. 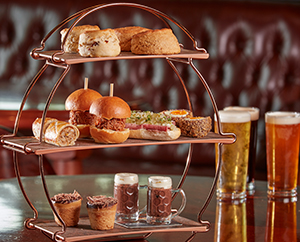 Rousham said that Japan is increasingly becoming important in terms of where travellers on Cunard’s vessels are coming from, but also as a destination for its cruises.

“We’ve seen interest all the way back to the late 1980s when the Queen Elizabeth 2 was berthed in Yokohama harbour for a six-month period”, he said. “QE2 marked the start of luxury cruising. It was very much symbolic in the world of shipping and the Japanese fell in love with her and felt that they wanted to have her in the harbour, and lots of weddings took place on board and lots of trips were made to see QE2”. He said the Queen Elizabeth 2 has continued to attract more Japanese travellers than the other two regal vessels, the Queen Mary 2 and the Queen Victoria.

Rousham explained that, although still quite small, the Japanese market is Cunard’s fifth-largest market by passenger numbers, after the UK, the United States, Australia and Germany.

In terms of what makes the trips around Japan special, Rousham explained that a number of the ports at which the ships call put on special events. And at some, the local mayor or prefectural officials board the ship.

To bring a distinctly British touch to the journeys, classes in making afternoon tea are offered, as well as other cultural activities. In return, lessons in how to wear the Japanese yukata are offered to guests. 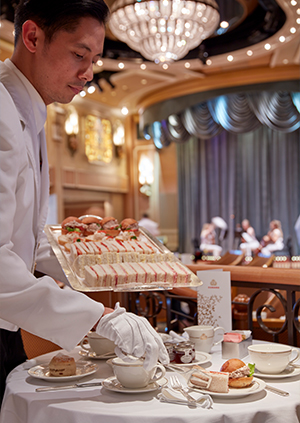 Meanwhile, Cunard’s Queen Mary 2 is also popular with Japanese people, thanks to its dance floor, which is the largest at sea. This attracts Japanese dance enthusiasts who enjoy private lessons or social dance events on board.

Cunard first arrived in Japan in 1922 when the Lanconia went on a round-the-world tour, stopping off at Yokohama and Kobe. The Queen Elizabeth 2 first visited Japan in 1975.

Another operator currently serving Japan is Celebrity Cruises. Andy Chua, the firm’s senior marketing executive, Asia Pacific, said the vessel Celebrity Millennium this year had visited Japan in April, and was due to do so again in September and October. The vessel offers 13- and 14-night cruises to ports including Yokohama, Aomori, Kobe, Shimizu and Hiroshima.

Chua said most of the passengers on the firm’s cruises in Asia are from Europe and the United States, while Japanese passengers often are attracted to European voyages. “We see great growth opportunity in Japan, especially for our European sailings, particularly Celebrity Edge, which sails out from Barcelona for seven nights”, he said.

“We have very popular sailings during Japan’s cherry blossom [season], attracting lots of Europeans and Americans to Japan”, he added. 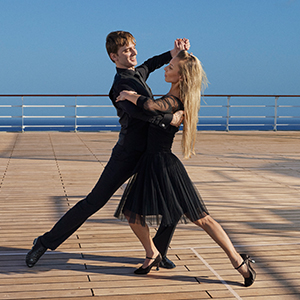 Some cruises have facilities for social dancing.
PHOTO: CUNARD

In terms of catering to Japanese travellers on board the firm’s ships, Chua said: “on board Celebrity Cruises, Sushi on Five offers authentically prepared sushi and other Japanese specialities from a menu crafted by expert restaurateur and sushi chef Yoshikasu “Yoshi” Okada, using locally sourced ingredients. On top of that, we have a stellar list of imported sakes to pair”.

As for what the future holds for cruising in Japan, Chua said that “we have seen a healthy growth in the Japanese market and will continue to focus on working with our partners to attract affluent consumers who will appreciate Celebrity Cruises’ modern luxury-product offering”.

“All of our Japanese customers are fly-cruise guests, who fly out of Japan to home ports in Singapore, Shanghai, Tianjin, Hong Kong and Australia”, she said. “Currently all our three cruise brands operating in Asia, namely Royal Caribbean International, Celebrity Cruises and Azamara Club Cruises only visit Japanese ports as ports-of-call. Our ships visit a wide variety of Japanese ports which are very popular with our guests in general”, she added.

Representing Azamara Club Cruises and Royal Caribbean Cruises, Marketing Communications Executive Michelle Xing said: “Japan has always been one of Royal Caribbean Cruises Ltd.’s top destinations in the region. We cover as many as 23 ports across the country currently, a mix of popular and lesser-known destinations such as Kyoto, Sakaiminato, Kochi, Shimonoseki and Fukuoka”. 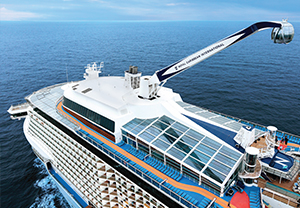 “Royal Caribbean International signed a memorandum of under­standing with Kumamoto in 2017 and Kagoshima in 2018 to develop the port facilities. With increasing port developments in Japan, we are expecting our ships to be able to berth at more ports in the future”, she added.

Hiromi Tomioka of MSC Cruises Japan Ltd.’s PR & Press Department said 2018 marked the first year for cruises to and from Japan. “We serve two cruises by ourselves and four cruises chartered by travel agents in 2018. In 2019 we will have two 8–9 night Japan cruises, three mini cruises and six chartered cruises”.

And it isn’t just the well-established major ports that are seeing an increase in cruise passengers. Alex Bradshaw, Public Relations Manager for Shimadzu Ltd., which operates Sengan-en stately home and gardens, said Kagoshima in the south of Kyushu is seeing growth in the market.

“We had a total of 108 visits from cruise ships last year”, he said. “The larger vessels often have passengers from Taiwan, sometimes mainland China, and also Japan and western nations as well.”

He said Kagoshima has two ports: “Marine Port Kagoshima is a little way outside the city, but the newly opened Kagoshima Honko Port is right in the middle of the city, meaning the ships pass in front of active volcano Sakurajima before calling at the port. This makes access to destinations like Sengan-en and the vibrant city centre much easier”. 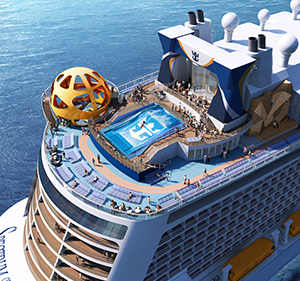 “Kagoshima also has a large number of stunning tropical islands, suitable for access by the smaller cruise ships”, he added.

So while cruising in Japan is still a relatively new concept, you can expect the industry to grow in the coming years.