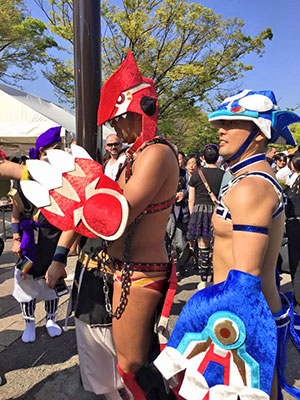 Participants get ready to take part in the parade.

Among the array of colours represented in the flags and banners at Tokyo’s largest lesbian, gay, bisexual and transgender (LGBT) event were those of the Union Flag. And it was not only the colours of the UK that were represented at this year’s Tokyo Rainbow Pride on 25-26 April in Yoyogi Park, Shibuya Ward.

Having previously demonstrated at the event the UK government’s support for the LGBT community worldwide and its commitment to battling discrimination, the British Embassy Tokyo once again organised an attractive booth.

Supported by VisitBritain and British Airways, this year’s contribution featured a red double-decker bus and a cut out of a Buckingham Palace guard for photo opportunities, as well as a range of literature on LGBT issues. The embassy taiko team gave a lively performance and British Ambassador to Japan Tim Hitchens CMG LVO addressed event attendees—thought to be about 30,000.

“The UK has become a society that accepts diversity, and we want to continue our efforts in this area in the future too”, Hitchens told the audience in Japanese. He added that the legalisation of same-sex marriage in England, Scotland and Wales in 2014 “is proof that the UK is a nation that respects the values of dignity, tolerance and equality”. 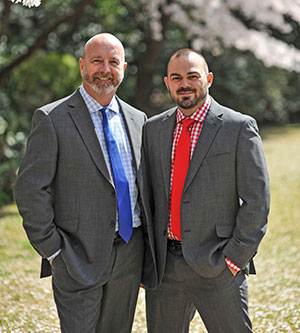 With Shibuya Ward’s recognition, in April 2015, of same-sex partnerships as being equivalent to marriage, experts believe the issue of diversity in Japan will be increasingly discussed.

One couple who is hoping to spur on this discussion is from the embassy’s own staff: Diplomat Tim Johnson and his husband Ryan Parkins of UK Trade & Investment.

The couple, who have spent many years volunteering for LGBT charities in the UK, married at the embassy on 24 April; their aim being to coincide with Tokyo Rainbow Pride to show the UK’s support for inclusion and promote LGBT equality and diversity in Japan.