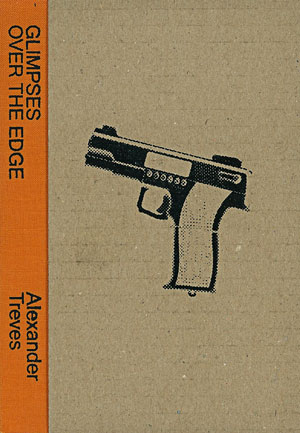 This is a curious little book in many ways. It looks as if it has been hand made. It’s essentially a collection of photographs taken by the author, Alexander Treves, with some linking essays. It’s difficult to say which is the more important element of the book. The images are powerful in their own right, while Treves’s storytelling is direct and at times very moving. He likens encountering the people profiled in the book to “looking over the edge of a high and unstable cliff, nauseous at the glimpse of what it must feel like when the ground disappears from beneath your feet and you start falling”.

It’s estimated that there are more than 60 million people around the world whose lives have been disrupted by conflict, violence and persecution. The author’s attempts to document these stories have taken him to many places: the Turkish border with Syria, the Thai–Myanmar border, South Korea, Africa, Hong Kong, the Middle East, Greece and, not least, Japan, which is not usually associated with refugees.

But there is a particularly strong connection between the book and this country. Proceeds from sales, net of publishing costs, will be donated to Refugees International Japan (RIJ). This is a Tokyo-based non-profit organisation that channels funds to sustainable community-led projects for people displaced by violence around the world. A number of those featured in the book are participants in projects supported by RIJ, especially along the Thai–Myanmar border, in Africa and in the Middle East.

In Japan itself—where RIJ does not “operate”—Treves identifies a number of refugees from the Kachin State of northern Myanmar who, he says, are comfortably settled in the neighbourhood of Takadanobaba, where he says they have assimilated to their new home while passing down their own culture to younger generations.

What is remarkable throughout the book is the degree of hope and optimism, despite the fact that those profiled have been displaced, and some of them have suffered appalling violence. The photography is powerful—there are some striking images, which remain in the memory, and many of which are heartwarming. Alexander Treves is to be commended for compiling this book, and all who buy it will not only enrich their own lives, but know they are also contributing to a most worthy cause.