Famously pink, the Financial Times is instantly recognisable and globally respected as the autho-
ritative voice on all that goes on in the world of finance and business.

Founded in the London borough of Southwark in 1884 as The Financial News, the FT evolved four years later and described itself as the friend of “The Honest Financier and the Respectable Broker”. The paper made the change to salmon pink paper in 1893, to distinguish itself from rival papers in the sector, and developed a presence in the key business markets in the years that followed.

Today, it has 550 full-time editorial staff in 53 countries, including 136 foreign correspondents, with the headquarters for the Asia-Pacific region located in Hong Kong.

The paper is printed at 24 sites across the globe, has a daily circulation if 376,564, according to ABC figures for August 2010, and an impressive 2.7 million people are registered users of FT.com and more than 149,000 are digital subscribers. In total, an estimated 1.9 million people worldwide read some form of the Financial Times every day.

Of that total, no fewer than one in 10 are millionaires, seven out of 10 are employed by an international company, four out of every five are business travellers, and three in five are business decision-makers.

That’s quite a leap from a four-page journal 126 years ago.

“We started out as a newspaper and have evolved into a 21st century news organisation telling a global story for the international business community”, Ben Hughes, global commercial director and deputy CEO, told ACUMEN. “The strength of the FT brand is based on its premium and trusted quality content, which is recognised for its authority, integrity and accuracy. 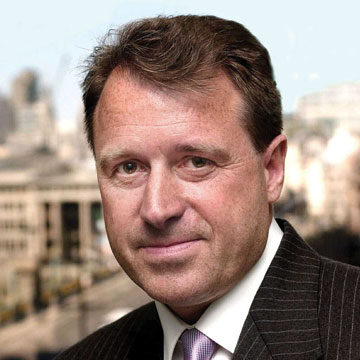 “As such, we continue to invest in producing excellent content and staying at the forefront of the global business story for our readers”, he said. “For instance, as some competitors focus on more local news, the FT has committed significant resources to cover emerging markets; staff have been redeployed to take advantage of this opportunity and a new ‘Beyond Brics’ forum on FT.com has attracted a loyal following”.

Readers value the FT’s quality journalism and are happy to pay to access essential news, comment, data and analysis, he said. Hughes pointed out that subscriptions to the print version “remain healthy” — a situation that other newspapers would be delighted to be able to report — while there has been significant growth to online subscriptions.

And management is aware that if it wants to remain the paper of record for the business community, it needs to move with the times.

“The media environment is continuously evolving, with new digital platforms increasing competition and giving readers different avenues to access news and information”, said Hughes. “For us, digital and print are not an either/or story. The Financial Times is platform neutral and our aim is to provide the FT’s quality content to our readers through print as well as the myriad digital platforms that they now use.

“Our content has long been available through FT.com and is also accessible via mobile phone, the iPhone, the Kindle and, most recently, the iPad.”

The FT iPad application has received more than 400,000 downloads to date and won an Apple Design Award earlier this year, while the iPhone app has had over 450,000 downloads so far and the firm anticipates further growth in this sector.

And looking to tap into the world’s fastest-growing economy, the FT launched two Chinese-language products. For five years FTChinese.com has drawn on the global expertise and content of the FT by publishing some translated articles, although a lot of the material is original, since the site is designed to be specifically relevant to, and useful for, Chinese business people. That is complemented by FT Rui, a monthly lifestyle and wealth-management magazine that has targetted China’s growing business elite since 2008. 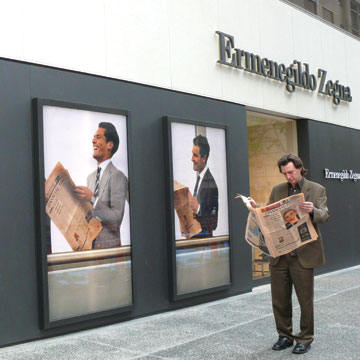 The changes in the products have been mirrored by improvements in the organisation and operations of the Financial Times.

Since the appointment of Lionel Barber as editor in November 2005, the paper has pioneered the concept of the integrated newsroom, where reporters and editors work seamlessly across the print and digital formats. The title also underwent a dramatic revamp in 2007, with a change in typeface and labelling, as well as the inclusion of more panels in the news pages, additional front-page feature content in the Companies and Markets section, and condensed coverage of sport to provide another page for foreign news.

Another change was the reintroduction of the FT’s 1888 motto “Without fear and without favour” above the leaders.

Under Barber’s tenure, the FT has won a series of global awards for its quality journalism, including three Newspaper of the Year awards.

But the FT is more than just a newspaper, Hughes adds, pointing out that firms under its umbrella include macro-policy intelligence provider Medley Global Advisors, fund-management information provider Money-Media and recruitment site Exec-Appointments.

It is also behind Financial Times Business, which produces specialist information on the retail, personal and institutional finance industries for publications such as Investors Chronicle, the UK’s premier personal finance magazine, The Banker, Money Management and Financial Adviser.

The Financial Times has moved in tandem with the changing needs of its readers and reinvented itself in different formats, yet some things will never change. Don’t expect to see the paper appear in anything other than pink.