Ever since the predecessor of Unilever was founded in 1884 by Lord William Hesketh Lever, it has had priorities other than profit margins and the bottom line. Lever Bros. was one of the few firms of the day that cared about its workforce, for example, and shortly after it started shipping the hugely popular Sunlight Soap from a factory in Warrington, Lancashire, Lord Lever invested the profits back into the model village of Port Sunlight, on the Wirral.

At the time when employees of many other manufacturing firms lived in poverty in industrial towns across the north of England the Levers’ approach was revolutionary. 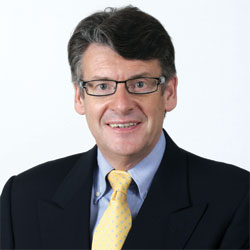 More than 120 years later, and 80 years after it merged with Dutch company Margarine Unie to form the first modern multinational, the same ethos exists within the firm, although now on a global scale.
“The vision that Lord Lever had for the company was to produce high-quality products at affordable prices. It allowed people on limited incomes to have a level of hygiene that would prevent ill-health”, said Ray Bremner, senior vice-president for North-East Asia. “And that attitude is with us to this day; we offer a range of quality products at different price points, each offering different consumer benefits across the world”.

Through its Lifebuoy brand of soap, the firm promotes the annual Global Handwashing Day in 23 countries and, in 2009, used Signal toothpaste to help launch the worldwide Brush Day and Night campaign with the FDI organisation World Dental Federation.

Some 15% of the palm oil Unilever uses in its products is from sustainable sources, while a similar amount of the tea it makes — most famously for the Lipton brand — comes from farms that have received certificates of sustainability from the Rainforest Alliance. Unilever has reduced the CO2 emissions from energy it uses by 41% from 1995 levels, while the waste from its manufacturing operations has fallen 73%.

For the 11th straight year, Unilever headed the Dow Jones Sustainability Indexes for the food industry, something no other firm has ever achieved.

Yet Bremner has no intention of allowing the company to rest on its laurels, either in Japan or around the world.

“On any given day, two billion people in 170 countries around the world use Unilever products”, he said. “Of that total, 12 million are in Japan. This gives us a unique opportunity to help improve their everyday lives and, through hygiene and nutrition, make a positive impact on the planet.

“Our ambition is to double the size of our business while reducing our overall environmental impact across the entire value chain”, Bremner added. “We believe that is best achieved through our brands, which have something meaningful to say to consumers”.

The Lipton brand, he pointed out, only uses tea from sustainable sources and Unilever works with tea plantations to provide education, accommodation, medical facilities and appropriate salaries. Aware of that, the consumer then has the option of purchasing a Lipton product or something that may be slightly cheaper but offers none of the benefits along the production chain.

The environment is also a big concern of the company, Bremner said, although the marketing experts shook their heads when Unilever announced it would start selling the Pure and Simple brand of tea bags in Japan. Shorn of much of the packaging that afflicts Japanese products, the firm was told the bags would not sell here. But consumers got the message and Pure and Simple is one of Unilever’s fastest-growing brands here.

“There has been an awakening in Japan that we cannot continue to use the entire resources of our planet two or three times over in our lifetimes and that we have to address that issue”.

Unilever arrived here in 1964 and has had success with some of its classic British brands, such as Lipton, which was brought under the corporate umbrella in the 1930s. Similarly, Lux soap, Pond’s Cold Cream, Dove and Axe — known as Lynx in the UK — have all enjoyed phenomenal success here. Other instantly recognisable names include Blue Band margarine, Flora, Hellmann’s, Knorr, Persil and Surf. The company enjoyed an annual turnover of €39.82 billion in 2009.

Another area the firm is keen to promote — particularly in male-dominated corporate Japan — is diversity in the workplace.

“The reason we are so keen on this is that half the world is made up of women, but they are under-represented in management positions”, Bremner said. “Some 90% of our products are bought by women and Unilever feels we should have an equal proportion of their potential and creativity working for us”.

Globally, the firm is aiming to reach the 50-50 split between men and women in senior management positions. At the moment, the figure stands at 30% worldwide and 24% in Japan — but that should be compared to the Japanese average of 5% female senior managers.

“In our marketing, for example, we already have more female managers, but there are some areas that need to change, such as factories and our sales force”, he said. “But we are now actively recruiting young, female graduates so we will see a big change in the next five years”.

Other than the prospect of a meaningful career, women at Unilever can benefit from the firm’s “agile working” programme — meaning they can work via the internet from home — as well as subsidised child care and financial support for babysitting services.

Yet despite a long history in Japan and a selection of recognised, popular brands, Bremner admitted the Japanese market is “not an easy one”.

“We have a declining population here and an income divide that the average income camouflages somewhat, meaning that there is a growing number of people who are earning much less than the average salary”, Bremner said. “When we look to the future, we will have to offer consumers brands that are at different prices because when we look at growth areas in this market, the winners are the ones offering quality goods at reasonable prices, such as Uniqlo.

“The challenge for us is to straddle that pyramid and, when they go shopping, give consumers options, which are very limited here at the moment”, he added.

“The Japanese market is always going to be tight and our objective is to focus on the consumer, understand what he or she wants, and then provide it at a reasonable price”, he said. “And because we can do that sustainably, everyone wins”.