The Rt Hon Lord David Howell, the minister at the Foreign and Commonwealth Office, was aboard the first flight, which touched down in Tokyo shortly before 5am, and quickly made a pitch for even greater access to Japanese airports. “I came in the luxury of British Airways, across the skies from London, for the first time to Haneda Airport”, Howell said at a press conference at the British Embassy Tokyo later that day. “This was a very, very good experience. “I think it is true to say that we would like to see a lot more flights”, he added. “If we had full open skies and slots during the day, then I believe even more flights would be in and out of Haneda and back to London”. 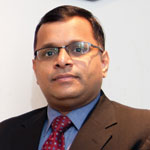 The introduction of the Haneda route is just the latest development for an airline that has been flying to Tokyo for nearly 63 years. “We are committed to the Japanese market and our customers here”, Vishal Sinha, manager for Japan and Korea, told ACUMEN. “We operate daily flights out of Narita and in October of last year, we moved from Narita Terminal 1 to Terminal 2, which gives seamless connections for passengers travelling with our oneworld® alliance partners”.

British Airways is the first European carrier to operate out of Haneda, where it will offer five flights a week aboard a Boeing 777-200. While the 11-hour flight between Tokyo and London might seem an uncomfortably long one, spare a thought for passengers back when the route was pioneered in 1948. Flying boats operated by BA’s predecessor, British Overseas Airways Corp., were then required to travel 17,000km via Alexandria, Karachi, Bangkok and Hong Kong for a journey that took a full seven days.

British Airways formally came into being in March 1974, as a result of the union of BOAC, British European Airways, Cambrian Airways and Northeast Airlines. After 13 years as a nationalised company, British Airways was privatised in February 1987. The same year, it acquired British Caledonian and, five years later, the Gatwick-based airline Dan-Air.

A founder member of the oneworld® airline alliance, British Airways has more recently merged with Iberia to create the International Airline Group, a move that Willie Walsh, British Airways chief executive, described as being very positive during a presentation to the chamber in November. “This is not a merger of brands, as both airlines will continue to look very much as they do today, but it will be a strong, integrated business that is able to compete with other airline groupings and with an excellent geographical fit”, Walsh said. 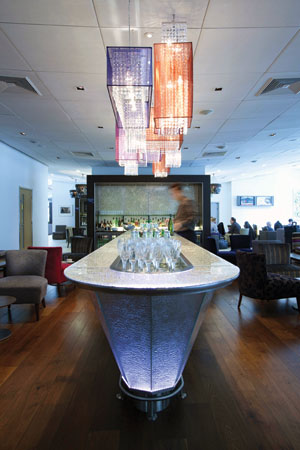 But given the competition in the industry and the tough times it has faced in the recent past, British Airways is aware that it cannot afford to sit back and relax.
“We are constantly working to improve our performance and offer better services to our customers”, said Sinha. “Last year, we carried out a £100 million luxury overhaul of our first class cabin, and we have recently developed new cabins for World Traveller economy class and World Traveller Plus premium economy class.
“We take pride in anticipating our customers’ needs and introducing products before customers realise there is a need for them”.

British Airways’ main customers are passengers flying on business, who “contribute significantly to revenue”, Sinha said, while the airline has also introduced OnBusiness, a programme that enables employees of smaller and medium-sized businesses to earn points for the firm as a whole when they fly. The points can then be redeemed for hotel stays, upgrades and more flights. And with a relationship that stretches over more than six decades, British Airways has developed a reputation as a safe and reliable carrier among members of the Japanese flying public.

“As Britain’s flagship carrier, our connection to the UK and Europe is valued highly in Japan, while at the same time customers appreciate our efforts to adapt to the local market—for example by having Japanese crew and serving Japanese meals on board”, Sinha said. “Japanese customers do look up to us for innovation, as we were the first airline to introduce flat beds in business class”, he added. “And as part of our commitment to the Japanese market and customers here, we will be introducing the B777-300 ER on the Narita route from 27 March”. 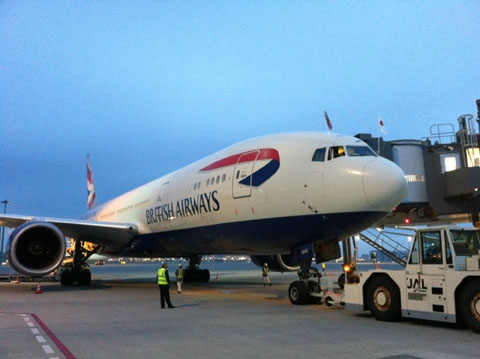 The brand new aircraft will be equipped with newly designed First, World Traveller and World Traveller Plus cabins. Passengers flying into London with British Airways can also benefit from the use of Terminal 5 at Heathrow Airport.

“We have received very positive feedback about T5”, Sinha said. “Heathrow is the world’s busiest airport and T5 typically looks after between 480 and 520 daily flights and 60,000-75,000 customers on a normal day. The airline’s baggage and punctuality performance has also improved significantly since our move to T5, and we’ve already set a number of punctuality records this year.

“Japanese customers appreciate the high level of customer service as well as the shopping facilities available at T5”, he added. “Premium passengers are able to use the Galleries lounges and Elemis Spa in T5 free of charge, and both of these are popular with Japanese customers”.

The Japanese market, like all markets, “has some challenges”, Sinha admits, but British Airways is working with the authorities here to bring about changes that will be beneficial to airlines and consumers alike. One of the key areas that British Airways is seeking to change is in the area of tariff regulations, to which the authorities have been “very receptive”, he said.

In the meantime, the benefits of convenience, flexibility and choice brought about by the new service out of Haneda are expected to boost the numbers of travellers using the expanded airport. “We hope Japanese customers will use Haneda as a gateway to explore not just the UK, but hundreds of other destinations in Europe served by British Airways and our oneworld® alliance partners”.