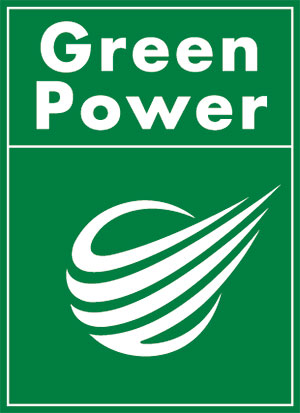 Not content with making all of its domestic operations completely carbon neutral, Unilever Japan has extended that requirement to key third-party manufacturers across the country.

That means the vast majority of its products are now made with energy from renewable sources—a fact that has not been lost on other firms in a market in which an organisation’s green credentials are becoming increasingly important for consumers.

But far from keeping the secrets of success to itself, the Anglo-Dutch multinational is happy to share its knowledge of how to achieve carbon neutrality. After all, it is in the best interests of society and the global environment, the firm’s Supply Chain Director Andrew Bowers told BCCJ ACUMEN.

“This isn’t a secret: we’re not hiding anything and, in truth, we want to share this”, said Bowers, who has worked throughout Asia for Unilever.

In November 2015, Unilever announced that it had made its Japanese operations completely carbon-neutral, with the energy the firm consumes covered by equivalent investments in local renewable sources.

At that time, measures were already under way to deepen the firm’s green commitment. Thus, in early July this year, the first of its newly packaged items began rolling off production lines in Kanagawa Prefecture.

“The back of the packaging has the new Green Power logo and a brief explanation that it has been produced in a factory that takes 100% of its energy from renewable sources”, said Bowers.

That has now been expanded to the input of third-party manufacturers that supply components for personal and home care products, and tea sold in Japan.

The mark will not be on all Unilever’s products in Japan, as some products are imported and cannot be certified in Japan with the logo. Nevertheless, this initiative covers 90% of all products in the Unilever Japan portfolio.

“We have had a lot of media coverage because we are the first in Japan to not only make our own operations carbon-neutral, but to then push that out to our third-party manufacturers”, Bowers said.

“We have been working with Japan Natural Energy [JNEC] on achieving this, and we have heard that they received a huge number of enquiries from companies that want to follow our lead”, he added. “And that’s exactly what we want; we want other companies to talk about going carbon-neutral and then to act on it”.

Today, Unilever and its suppliers in Japan take virtually all their energy needs from hydro, solar, wind and biomass sources, with the percentage from each varying every month, according to Bowers.

The firm has been able to decouple itself from the most common sources of energy available in Japan: nuclear energy, which is seen as tainted in the wake of the March 2011 Fukushima disaster, and fossil fuels, which are very unpopular given their impact on carbon emissions. Unilever, therefore, finds itself aligned with public opinion.

“It’s a pioneering step in this country, but we also prefer not to look at energy as a cost, but as an investment”, said Bowers. “If sufficient amounts can be invested in clean energy technology, then inevitably the costs will eventually come down”.

The Green Power logo—which effectively serves as a renewable energy certificate for products—is only one of the firm’s global efforts to minimise its carbon footprint. Ultimately, the aim is to leave no footprint at all.

Initiatives include becoming the first firm in the world to utilise palm oil that comes from 100% sustainable sources. Unilever achieves this primarily through the purchase of GreenPalm certificates—from growers certified by the Roundtable on Sustainable Palm Oil—to offset each tonne of palm oil it uses. This method will be phased out as the firm progresses to use 100% physically certified oil by 2019.

Unilever also operates sustainable agriculture and sends zero hazardous waste to landfills. It is also working to reduce the amount of water it utilises, and to develop products that require the consumer to use less water.

Encouraged by the fact that third-party manufacturers have accepted its latest initiative—although Bowers admits there were some reservations that needed to be overcome—Unilever Japan is now turning its attention to convincing its logistics providers to go just as green.

“We have started those conversations already, and we’re discussing the various options”, said Bowers. “I do know we will make it happen”.