British technology company Cambridge Consultants Ltd. has joined forces with Hitachi, Ltd., to devise cutting-edge solutions for the worsening global blight of plastic waste. The Japanese giant is increasing its focus on social innovation, and announced in April the creation of its Kyoso-no-Mori, or Co-innovation Forest, project at its central research laboratory.

Under the scheme, scientists and researchers have been tasked with accelerating innovation through open collaboration with other experts to meet the 17 Sustainable Development Goals (SDGs) set by the United Nations in 2015. The target date for achieving those goals is 2030.

High up on the SDG list is improving the quality of life for the planet’s citizens and creating a sustainable, human-centric society. Worsening pollution is one issue that needs to be addressed to meet that aim, and Cambridge Consultants has a great deal to bring to the table. 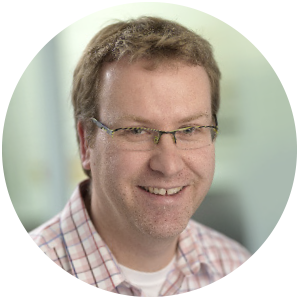 A.J. van Bochoven, head of Strategic Innovation, said: “Cambridge Consultants and Hitachi have a long-term, trusted partner relationship. We have a parti­cular interest and expertise in synthe­tic biology, so it made sense to focus our involvement in that area, examining how the tools of synthetic biology can address the huge problem of plastic waste.

“More broadly, this project represents an excellent opportu­nity for our own UK-based staff to collaborate with a Japanese firm and immerse them­­selves in Japanese culture and business by working along­side Hitachi’s team in the new facility”.

One of a kind

The Hitachi scheme is the latest project at the Central Research Laboratory, which was estab­lished in 1942 to research into helping society some 10–20 years in the future.

Believed to be the only one of its kind in the world, the project is part of an effort to be more efficient and make faster progress on this important matter.

“The project was particularly appealing to Cambridge Consultants for a number of reasons,” said van Bochoven. “First, we share Hitachi’s commit­ment to collaborative innovation and partnering. Second, we were attracted by the opportunity to apply our brightest minds to the biggest global challenges, such as the pressing problem of plastic waste. This was already an area of interest for our synthetic biology team, and we’re glad to deepen this investigation”.

The project is timely given the deepening concern about worsening levels of plastic pollution around the world. In the Pacific Ocean, the most visible demonstration of the problem is what has been termed the Great Pacific Garbage Patch, which is actually two separate areas of man-made rubbish that have been caught up in revolving currents, or gyres. One of these patches is off Japan. The second rotates in waters between Hawaii and the western seaboard of the United States.

Within these debris patches, plastics are of particular concern, because the vast majority are not biodegradable. Large pieces of plastic may break into small pieces until they become microplastics so small that they make the water look like a cloudy soup.

At Ocean Cleanup, a non-profit organisa­tion devoted to developing advanced technologies to rid the world’s oceans of plastic, researchers estimate that the affected waters cover 1.6mn km2, with plastic concentration at the centre of the patches of up to 100kg per km2. Some 80,000t of plastic swirl within the patch, made up of about 1.8tn individual pieces. Other estimates suggest that 70% of the plastic has actually sunk to lower depths and is circulating below the surface.

Just as worrying, about 400mn tons of additional plastic is generated around the world each year, said van Bochoven. Of this, some 40% has only been used once. And 8mn tons eventually finds its way into our oceans, with devastating consequences for marine life. And that means that the Pacific patch—along with similar concentrations in the Atlantic and Indian Oceans and elsewhere—continues to grow.

The spotlight being shone on the environmental damage caused by discarded plastics is driving businesses to consider the full life-cycle impact of products, processes and packaging.

While it remains uncertain whether develop­ments in synthetic biology can help solve the problem, van Bochoven said, “We are excited to begin tackling the complexities alongside Hitachi”.

Established in 1960, Cambridge Consultants was a principal founder of “the Cambridge pheno­menon”—Europe’s leading high-tech cluster.

Since then, the firm has evolved into a global team engaged in solving the world’s toughest technology challenges. Their ability to continu­ously innovate is what sets them apart, delivering break­through products and services that are highly profitable for clients.

Many high-tech firms within the Cambridge cluster can trace their roots back to Cambridge Consultants. This includes about 20 successful spin-out ventures, including three of Cambridge’s 15 billion-dollar companies: Cambridge Silicon Radio (CSR), Domino and Xaar.

With a track record of breakthrough innova­tions and working with client partners to develop products and services that make the world a better place, Cambridge Consultants is bringing cutting-edge expertise in synthetic biology, physical sciences and innovation manage­ment to this project.

“We are primarily expecting to develop clarity on the technical feasibility and commercial viability of a synthetic biology solution to the problem of plastic waste, providing confidence for further exploration,” van Bochoven said.

Cambridge Consultants has a long-established research programme that aims to introduce sustainable bioplastics into the product design toolkit and harness the tools of synthetic biology to speed up the decomposition of plastic waste.

Similarly, Hitachi has been investigating the appli­cation of synthetic biology to tackle the same issue, and the partnership programme will enable experts from both organisations to study the business possibilities as they apply tech­no­logy and approaches from both firms in the initial three-month phase.

“In the field of synthetic biology, Cambridge Consultants has been working on technologies as diverse as DNA data storage and the development of commercially viable bioplastics,” van Bochoven said. “We are particularly interested in using biology to both make plastics from sustainable carbon sources and degrade plastics for recycling.

“We are currently working to develop strains of micro-organisms that manufacture PHB [poly­hydroxybutyrate] with a high yield, and are using this material to make biodegradable items, such as food packaging”.

PHB-derived plastics are proving to be one of the most attractive options to researchers seeking a solu­tion to the problem of plastic waste. This is primarily because they are derived from renewable sources and are biodegradable. It is difficult, how­ever, to put a time frame on developing and commercialising the solutions that might emerge from this research, van Bochoven said. “And it’s too early to predict the medium- and longer-term outcomes”.