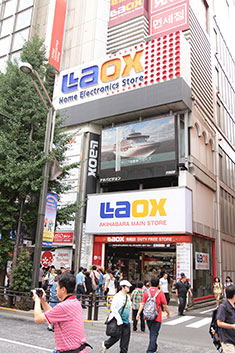 pain and gain to be price of cheap yen

Since the firms have projected their budgets for the next financial year based on an average rate of ¥105/US$1, a decline in the exchange rate to ¥115/$1 can be expected to result in before-tax profits of an estimated 14–23%.

Another sector that is certain to benefit from the change is inbound tourism. In 2014, the number of foreign visitors to Japan exceeded 13mn for the first time.

This growth resulted in the emergence of duty-free shops that cater almost exclusively to foreign tourists, such as the LAOX Co., Ltd.’s electrical goods store in the Akihabara district of Tokyo, which principally attracts customers from China.

“Many customers are comparing our prices with those in Hong Kong and South Korea. Thanks to the cheaper yen, the advantages of shopping in Japan have increased”, Laox store manager Satoru Shimura is quoted as saying.

Tax breaks for foreign visitors are also helping department stores shrug off the negative effects of the April 2014 increase in consumption tax.

“We’re moving premium products like Japanese sake in the ¥20,000 to ¥30,000 range”, said Mikio Kanda, the sales planning manager at Takashimaya department store’s Shinjuku branch. The store has expanded services to include direct deliveries to the airport or a customer’s hotel.

Meanwhile, the lower value of the yen has been adversely affecting the cost of foodstuffs, leaving the industry with no choice but to raise prices.

The expansion of demand for raw materials from emerging developed countries has also had an impact. From January, Nissin announced price increases of ¥20/kg or higher for cooking oil. Beginning in March, olive oil prices are expected to follow suit, to the tune of an increase of 30–50%.

The food and beverage industry is also looking at price increases. In December 2014, fast food chain Yoshinoya Co., Ltd. raised the price of a large serving of its everyman’s staple, gyudon (beef and vegetables over rice) by ¥80, to ¥380.

Businesses in the household goods sector are reportedly feeling the pinch. Daio Paper Corporation, one of the main suppliers of paper goods to households, said it would be implementing a 10% price increase for toilet tissue and other items starting on 22 January.

The ¥100 shops, which source most of their products from China and other developing economies, are said to be facing particular difficulty regarding product pricing. Tokyo-based Can Do Co., Ltd., one of Japan’s major ¥100 chains, declined to respond to questions posed by the Shukan Economist.

J-Cast Business News (21 January) cited a survey, conducted between 15 December and 5 January by Teikoku Databank Ltd., in which 46.2% of the 10,583 responding firms said the demerits of the lower yen outweighed the merits.

Only 7.2% said they were benefiting from the lower yen. Some 25.8% said the impact was roughly even, while 13.4% reported that they observed no changes. 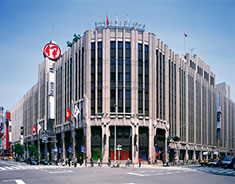 Isetan Mitsukoshi Holdings Ltd., operator of two of the nation’s largest department store groups, said in December that it is considering a change in its wage system for salespeople to reflect job performance, the Sankei Shimbun (30 December) reported.

The new guidelines would aim to nurture “charismatic sales staff” by removing the cap on wages, enabling top sales achievers to obtain remuneration “at levels equivalent to that of company directors”.

Under the current system, wages are tied to seniority-based rank and performance. However, on average, even the most prolific salespersons receive no more than ¥10,000 per month, on top of their regular wage.

While annual sales rung up by about 5,000 regular employees are said to average between ¥20mn and ¥30mn per person, some staff have made sales that, in total, exceed those figures tenfold. This puts their income in the same class as that of directors, “or at least above that of bucho” (division manager).

However, there is a possible negative side: If implemented, the new system of rewards would not go into effect until 2016. In the interim, if the plans are to go ahead, management will need to hammer out the details with the employees’ labour union.

The firm also announced plans to reduce costs by implementing closer coordination between planning, production and retailing in a system it calls seizo-kouri (manufacturing–retailing).

This initiative will focus on strengthening sales efforts, as opposed to the conventional system, according to which department stores buy merchandise from the manufacturers and cannot return unsold products, thus requiring them to sell all stocks.

Helping tourists spend
In preparation for the large influx of visitors to Japan before and during the Chinese New Year on 19 February, the Japan Shopping Tourism Organization said it would operate a booth on the lower level of Tokyo Tower, in Minato Ward, from 20 January until the end of February.

This operation, which aims to provide shopping assistance for foreign visitors, is to be called “Shopping Tourism Station” and staffed by retirees. The help they offer will include introducing patrons to restaurants and places where Wi-Fi can be accessed. Hours of operation will be 10am–5pm.

When it comes to giving gifts, which anniversaries and other occasions are most popular among the Japanese? The top occasion to celebrate was someone’s birthday, according to a survey of 1,000 men and women aged 20–69.

The poll was conducted by Macromill Inc. in December and published in the Nikkei Marketing Journal (16 January).

Among females, birthday presents were given by 71.2% of respondents, well above the figures for wedding gifts (32.9%); Mother’s Day (31.9%); and the arrival of a newborn (30.8%). While 54% of women in their twenties said they gave gifts on St. Valentine’s Day, only 17% of males in their forties said they reciprocated to a lady love on White Day (14 March).

On birthdays, the most likely recipient of a gift was found to be one’s spouse or object of romantic interest, accounting for 66.4% of the total. Over 60% of those surveyed across both genders and all age groups carried out this practice. The second most common recipient was children at 54.9%.

Among females and males of all age segments, 56.7% and 39.9%, respectively, gave birthday gifts to their parents. The act of giving gifts was highest among those in their twenties, whose parents were likely to receive a gift in 63.6% of cases.

In terms of the types of gifts given, the most popular item given to one’s spouse or romantic interest was cake, cited by roughly half, followed by wearable accessories (31.1%) and garments (24.7%). About 40% of males in their twenties gave pieces of jewellery or precious metals.

The respondents were also asked on whom they placed the most emphasis when giving gifts. The highest overall figure, representing 28.8% of the total, was for “family, relatives, friends or lover”, without any particular distinction. This response was particularly high among females, at 38.4%.