The UK is at a crucial point in carving out its future position in international trade. Prime Minister Theresa May and her Brexit negotiating teams are currently navigating the uncertain waters of the country’s exit from the European Union (EU). While these talks are ongoing, forging and strengthening global partnerships is high on the agenda. 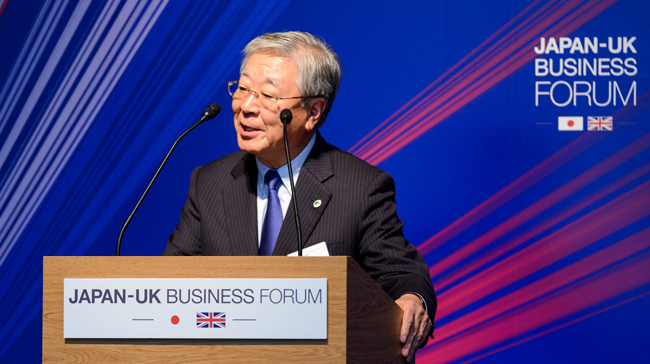 On 31 August, the Department for International Trade organised the Japan–UK Business Forum at the Palace Hotel, Tokyo, to coincide with Mrs May’s three-day visit to Japan and invited the Japan External Trade Organization to co-host the event. Accompanied by a business delegation from the UK, Mrs May sought to reassure Japanese businesses and encourage partnerships.

In her introductory remarks, Mrs May highlighted the significance of Brexit in the future of the UK and its relationships with countries around the world, particularly Japan.

“We will seize the opportunity to become an evermore outward looking global Britain, deepening our trade relations with old friends and new allies around the world, and there are few places where the opportunities of doing so are greater than Japan, the third largest economy in the world”, she said.

Both Mrs May and Secretary of State for International Trade Liam Fox emphasised the continued investment of Japanese firms in the UK, citing the fact that, collectively, Japanese firms have already invested more than £40bn in Britain (no timeframe was specified), where well over 1,000 Japanese firms employ over 140,000 people. In addition, over the past 12 months, bilateral trade has increased by more than 12%.

“I very much welcome the commitment from Japanese companies such as Nissan, Toyota, SoftBank and Hitachi, whose investments over the last year represent a powerful vote of confidence in the long-term strength of the UK economy”, she said. 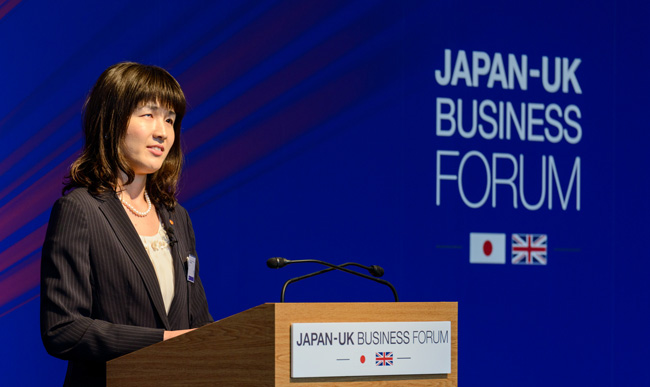 He also implored the UK to maintain transparency as negotiations continue and emphasised the importance of a successful Brexit for the global economy. Japan’s expectations that the UK will maintain its strong economy are still very high, he added.

Mrs May expressed the belief that because the UK is leaving the EU, “We will be free to engage more actively and independently, particularly in key Asian markets like Japan”.

She added that the UK would “stand with Japan” to uphold the rules-based international system, and further strengthen and support the open markets on which so many businesses depend.

Specifically, Mrs May revealed that Abe and she had agreed to develop a programme of collaboration to achieve this goal.

“We are instructing our ministers responsible for trade, investment and business to develop a new framework to realise our shared long-term vision to deepen our bilateral prosperity relationship”, she revealed.

She said support will come from business-to-government engagement and will include a new trade and investment working group to “deliver across our trade and innovation relationships”.

Government dialogues would begin with the sectors where both the UK and Japan share strengths, such as aviation, space, life sciences and advanced manufacturing. She revealed that this includes £700,000 of new funding to promote opportunities for UK businesses around Japan. Collaboration in research and development would also be high on the agenda.

“During the period before we leave the EU, the UK will continue to champion the early signature and implementation of the Japan–EU economic partnership agreement. This will be our immediate priority.

“But as we leave the EU, we will also work quickly to establish a new economic partnership between the UK and Japan, based on the terms of this EU agreement”.

Seeking to reassure the Japanese audience concerning Brexit talks, Mrs May added that the government would seek to ensure free and frictionless trade between the UK and EU, as well as with partners around the world.

“That is the magnitude of our ambition and the scale of our commitment to it”, she concluded.

Future thoughts
Mrs May’s speech was followed by a series of panel discussions and keynote speeches. In line with the day’s proceedings, Hitachi, Ltd. President Hiraoki Nakanishi KBE highlighted some of the complicated social issues that Japan has to address, along with the government’s aim for a Society 5.0—the application of technology to create a smarter society, and the UK’s part in this.

Barclays Vice Chairman Sir David Wright GCMG LVO summed up the importance of technology in innovation and the need for a stronger and deeper partnership between the UK and Japan to enhance this. He expressed optimism that both Prime Ministers May and Abe shared similar thoughts about such a partnership. He concluded by saying that ensuring a stable business environment for businesses in Japan and the UK was a primary concern for all.

“From the viewpoint of the Japanese business people, the UK is one of the best countries for building up a partnership”, Nakanishi said.

The first lively panel discussion concerned innovation through partnership. Towards the end of the session, British Chamber of Commerce in Japan (BCCJ) President David Bickle had a question for the panellists: “I think there’s some fantastic examples today of innovation through the partnership. I think a key question is, what would the panellists’ advice be on how we can do more of that and create more success stories?”

“The most obvious is to publish success. I think we are quite modest, as two nations, about being bold about what we have done,” said Simon Bowen, chief executive officer of Cavendish Nuclear Ltd., adding that one sector needing some attention is cyber security.

His fellow panellist Arend Jan Van Bochovan, head of strategic innovation at Cambridge Consultants Ltd., highlighted the need to spend time in Japan and the UK to understand each other’s culture. Yoichiro “Pina” Hirano, founder and chief executive officer of Infoteria Corporation, agreed, saying that the combination of these cultural differences leads to innovation. But he added that the need for a desire—whether to solve a problem or help someone—is at the core of innovation.

British business was well-represented by BCCJ Platinum Member GlaxoSmithKline K.K. in the second panel session, which was spearheaded by Rina Akiyama, a member of the firm’s Essential Training division, who is best known as a London 2012 Paralympic Games gold medallist. She relayed her experience in London, which she claims has held the best recent Paralympic Games.

Akiyama believes that above all, every athlete was treated as a normal athlete, and London made the Paralympics truly special, resulting in the whole country tuning in, and some events even being sold out.

During the discussion, which covered innovation through major sporting events, Kanako Kikuchi, president and representative director at GSK, highlighted the importance of diversity in creating an innovative environment. She detailed GSK’s collaboration with the doping lab of the London 2012 Olympic and Paralympic Games.